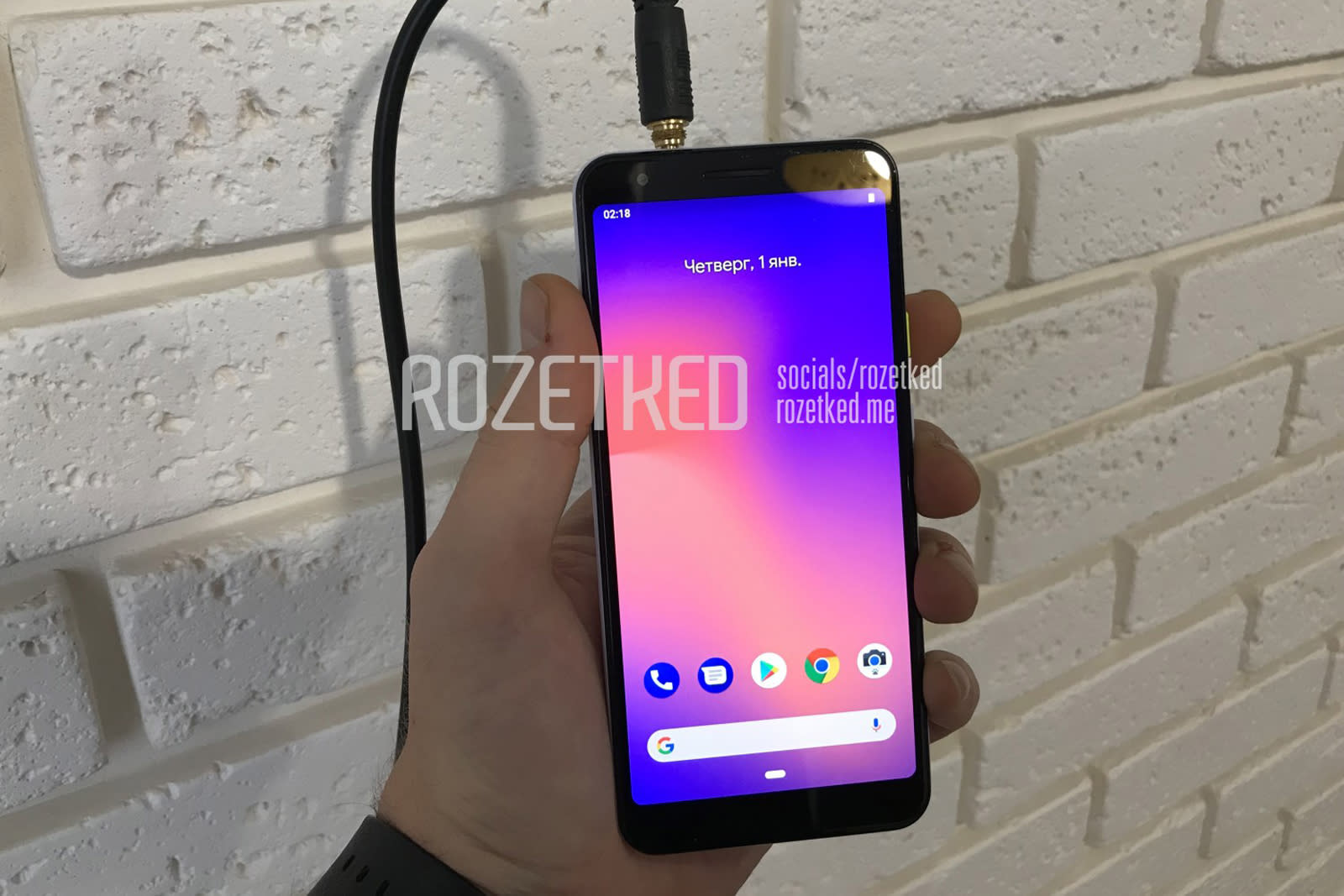 Rumors have swirled for months of Google developing a lower-cost Pixel 3 that would offer the core experience at a lower price, and there might be evidence it's real. Rozetked (which posted accurate Pixel 3 XL leaks) claims to have obtained photos and details of "Sargo," a mid-tier Pixel 3 device. It would share some style cues with the regular Pixel 3, but would use a 5.5-inch 2,220 x 1,080 LCD in place of the OLED screen, a plastic body, an upper-mid-range Snapdragon 670 instead of the 845 and 32GB of storage rather than 64GB. Even the stereo front-facing audio would be gone. However, it might have an addition that would make some people happy -- a headphone jack.

The photos show a conspicuous 3.5mm port at the top of the phone. It's not certain why Google would throw in a headphone jack when it doesn't do the same for its flagships, so take this with a grain of salt. However, it might make sense if Google is aiming the phone at developing markets where Bluetooth audio and third-party USB-C headphones aren't as practical.

Crucially, the signature Pixel 3 camera would remain intact as well .

There's no certainty this phone will launch, whether or not the scoop it accurate. Google has made references to "Sargo" (and an earlier counterpart, "Bonito") in its code, though. And simply speaking, this would address one of the loudest complaints about the Pixel 3 -- that Google raised the baseline pricing by $150, shutting out people who chose the 'entry' Pixel for its relative affordability. This could make Google's phone lineup more accessible than it has been for a long, long time.

In this article: android, bonito, gear, google, mobile, pixel3, pixel3lite, sargo, smartphone, snapdragon670
All products recommended by Engadget are selected by our editorial team, independent of our parent company. Some of our stories include affiliate links. If you buy something through one of these links, we may earn an affiliate commission.