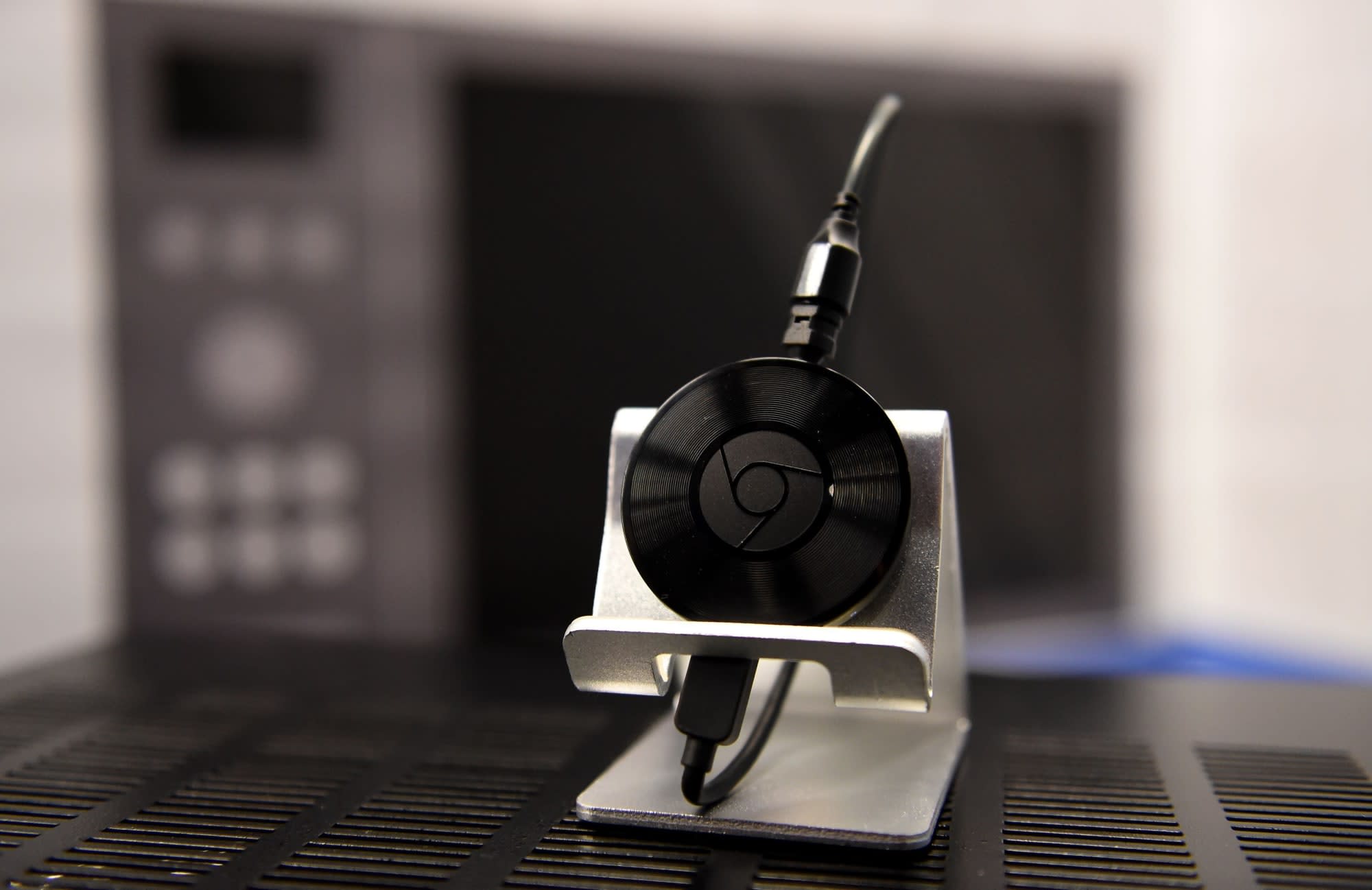 Starting today, Google is allowing Chromecast owners to add the streaming device to speaker groups along with Home speakers. The addition of the dongle to the Home ecosystem will allow you to queue up a song, playlist, podcast or audiobook and have it play in sync across all of the speakers and Chromecast-connected devices in your home.

XDA Developers spotted the functionality in Google's Preview program that gives an early look at upcoming features. Google confirmed to Engadget that the capability is starting to roll out to users today. The feature makes good on Google's promise to integrate Chromecast into speaker groups, which can be set up through the Google Home app. Now devices that connect with Chromecast, including televisions, can be added to a grouping. When a TV with Chromecast is synced to a speaker group, the display will show song information on screen, atop a rotating selection of background images.

Per XDA Developers, all generations of Chromecast devices should be compatible with the feature. Smart displays including Google's own Home Hub and the LG Xboom WK9 will be able to be added to speaker groups in the coming weeks, according to VentureBeat. Earlier this year, Google made it possible to pair bluetooth speakers with the Home app to add voice control across your sound system.

In this article: audio, av, Chromecast, entertainment, gadgetry, gadgets, gear, google, GoogleHome, home, homespeakers, pandorapremium, SmartSpeakers, spotify
All products recommended by Engadget are selected by our editorial team, independent of our parent company. Some of our stories include affiliate links. If you buy something through one of these links, we may earn an affiliate commission.