Don't be fooled by its name -- it's not really a fitness watch.

Smartwatches seem to be enjoying a minor revival this year, with major brands like Apple and Samsung continuing to push out intriguing new wearables like the Galaxy Watch and the Apple Watch Series 4. Google launched a redesign of Wear OS, and Qualcomm created a new processor specifically for watches. The Snapdragon Wear 3100 is built around a new architecture featuring low-power cores that claim to deliver dramatically better battery life. The Fossil Sport is one of the first watches to ship with the new chipset and is also the fashion company's first fitness-focused smartwatch. Since this is the first Wear 3100 watch we've got our hands on, though, I'm eager to see if the new CPU lives up to its promises.

The most important thing about the Fossil Sport is that it's a showcase for Snapdragon Wear 3100. The chipset promises better performance and battery life by offering three new modes: Sport, Battery Saver and Ambient. Sport mode promises up to 15 hours of continuous heart rate and GPS tracking, while Battery Saver extends runtime by shutting down all functions and only displaying the time and the Fossil logo. It should give you a month of wear on a full charge, or a week with just 20 percent. Ambient mode is an always-on screen that shows slightly more detail, like a moving second hand and activity rings.

Inexplicably, Sport mode is absent from the Fossil Sport, and only available on select watches -- which seems kinda strange for a device with "Sport" in its name. 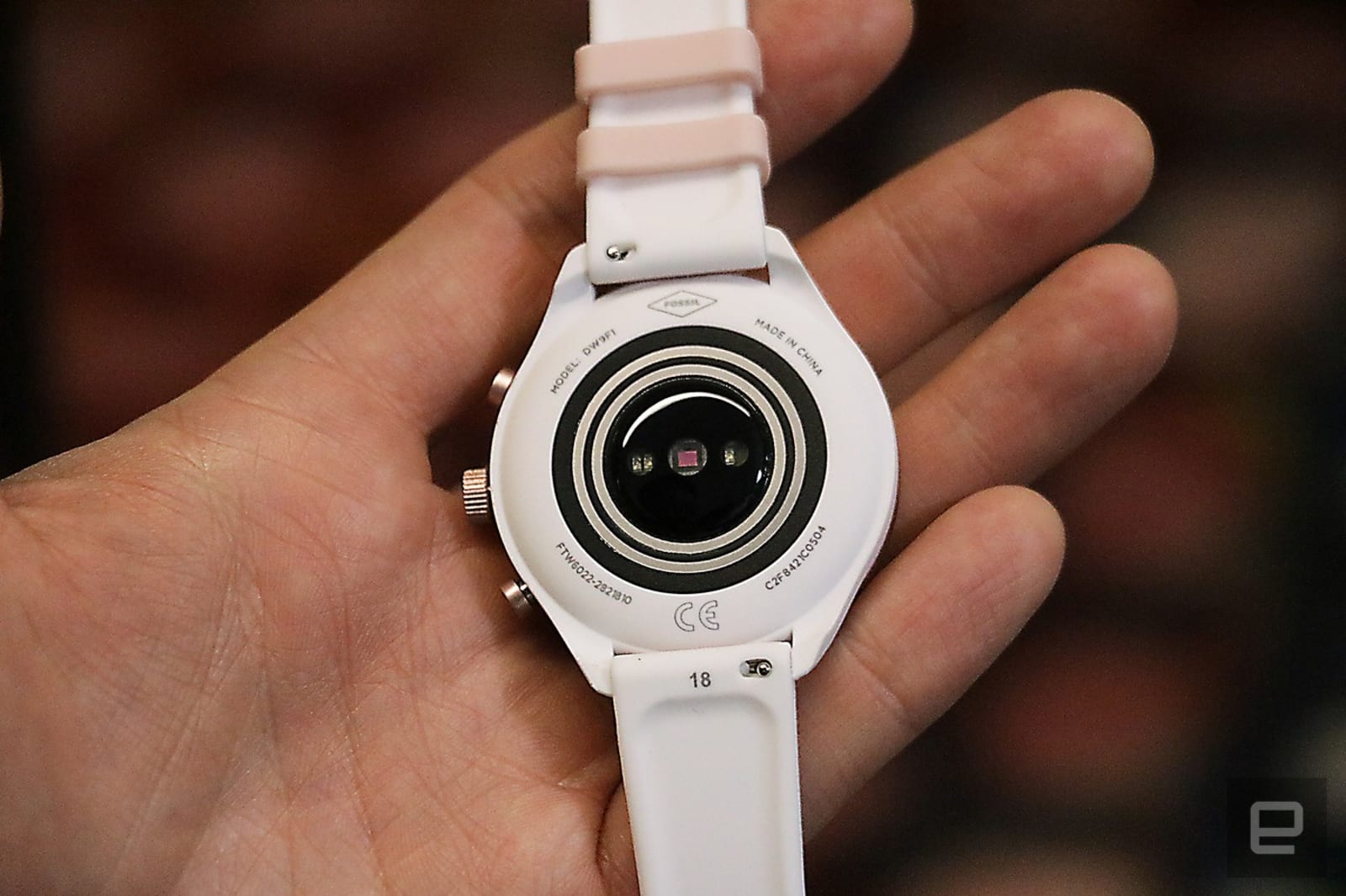 Despite the Wear 3100's new architecture, its performance on the Sport doesn't seem significantly better than the Wear 2100. I've been using Fossil's Q Venture HR Gen 4 with the redesigned Wear OS and the Wear 2100 for months, and frankly I don't see any improvement. If anything, it's slightly worse. Sometimes apps actually take longer to load and Assistant is slower to interpret my commands than on the older watch.

To be clear, Qualcomm hasn't explicitly spelled out exactly what sort of performance bumps we should expect. It said the Wear 3100's quad-core A7 processors and multimedia engine should help deliver "high performance" in rich, interactive modes, but didn't provide actual numbers on estimated improvements.

Google also said it will continue to roll out performance updates to the software over time, so perhaps we'll see more improvements. But for now the Wear 3100's speed doesn't appear to be much better than its predecessor.

Battery life is similarly disappointing. Fossil said the Sport should stick around for more than a day, but it never lasted more than 18 hours. That's a few hours more than the older Fossil watch, but still requires nightly charging. The Sport's battery saver mode does get me a whole lot more screen time, though. I activated it at 9:30pm when the watch was at 39%, and was happy to see it was still alive the next morning, even hanging around till 12:15pm. At that time though, the battery was too weak for me to switch back to the full smartwatch mode.

I haven't used the watch for long enough to see if it will live up to its battery saver promises, but it already beats existing options on Wear OS watches.

To be fair, the Apple Watch Series 4 only survives about 18 hours on a charge as well. But other smartwatches like the Galaxy Watch and Fitbit Versa run for days before needing a charge. 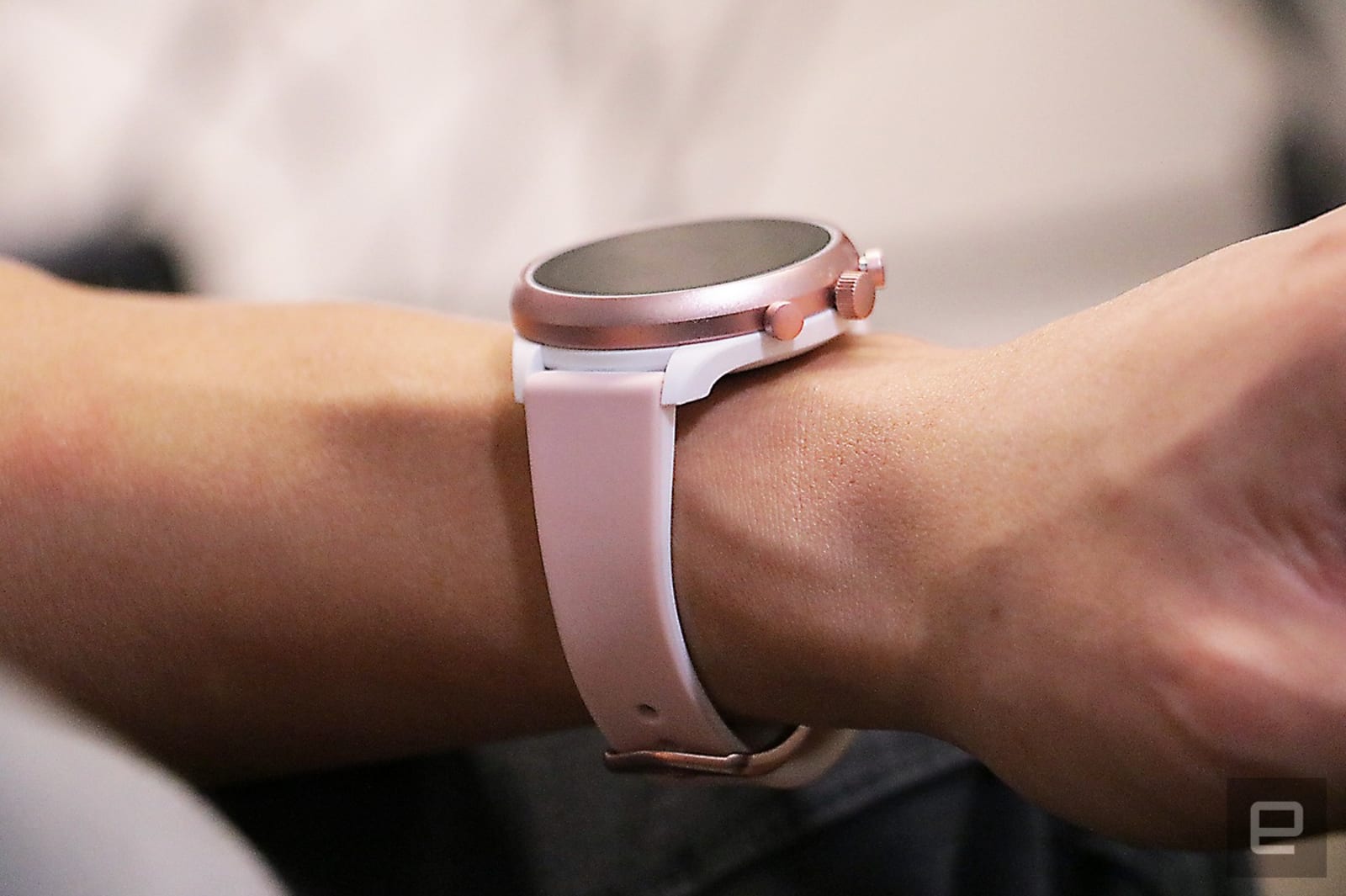 As far as fitness watches go, the Fossil Sport is one of the prettiest around. I love my review unit, which has a pink case and strap, but for real I was torn between this and the version with a gold case and gray strap. With six case colors, two sizes and 28 new straps, there's a ton of configurations to choose from and you'll easily find one that suits your taste. It's noticeably lighter than other Fossil smartwatches thanks to its aluminum and nylon case, but thankfully it doesn't feel cheap.

There's only one other watch packing the Wear 3100 right now -- the Montblanc Summit 2, which costs $1,000 and has a very different aesthetic. We haven't been able to test it yet, so I can't speak to its performance and battery life, but that's a ton of money and if you're willing to drop a grand on a watch you're probably not going to consider something as pedestrian as the Fossil Sport anyway.

At $255, the Fossil Sport is one of the most affordable Wear OS watches available, too. The only notable option that's cheaper is the $200 Ticwatch C2, which promises up to two days of battery life. But it uses the older Wear 2100 CPU, which might not see future performance updates. 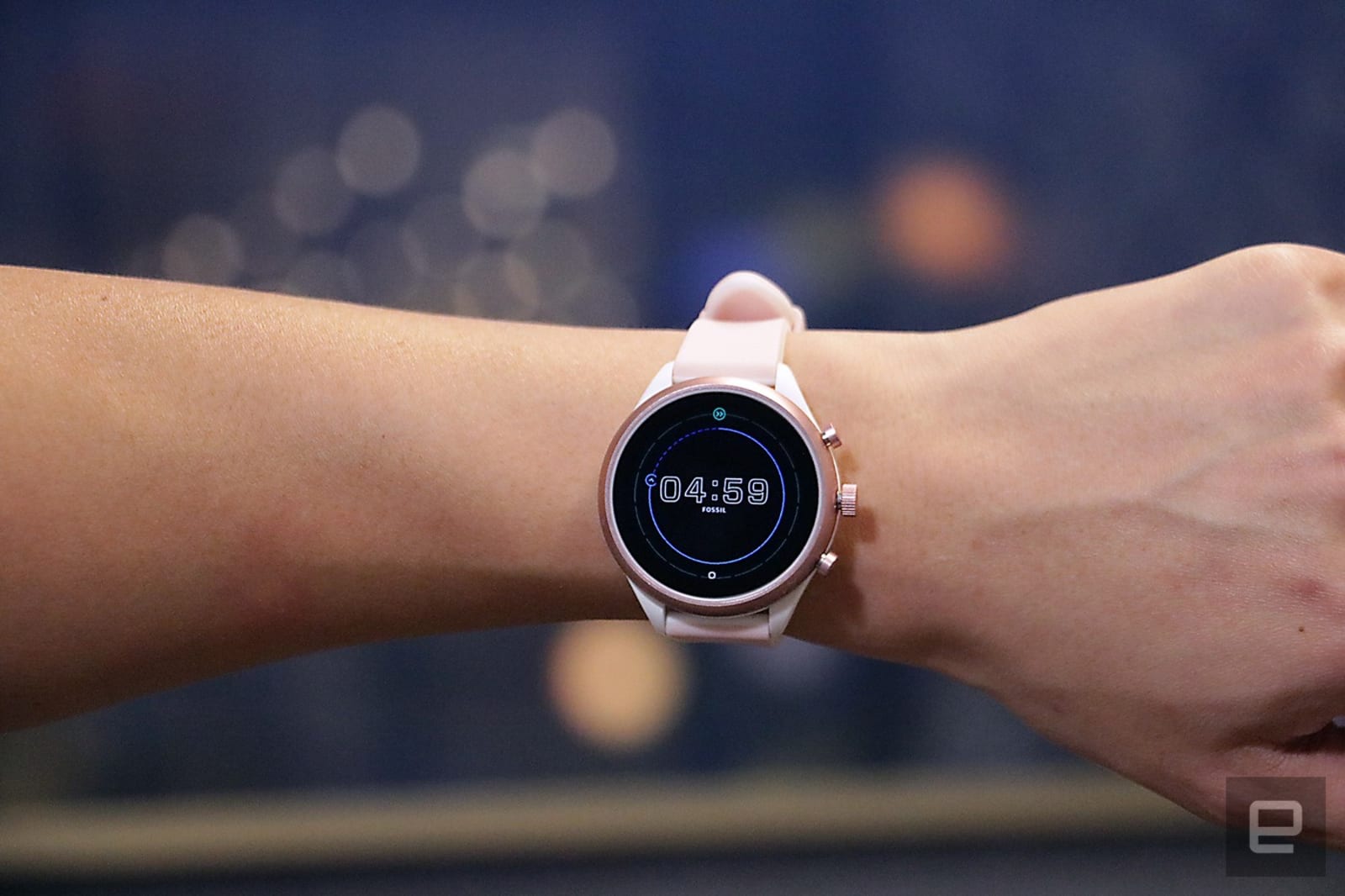 Ultimately, the Fossil Sport is a decent Wear OS watch but it doesn't do enough to show off the potential of Snapdragon Wear 3100. It's a good-looking device that has some nifty tricks like ambient and battery saving modes that make it less obtrusive and longer lasting. Just don't expect dramatic performance improvements over watches with older guts. As the first of a new generation of smartwatches, the Fossil Sport is an underwhelming debut that doesn't live up to expectations.