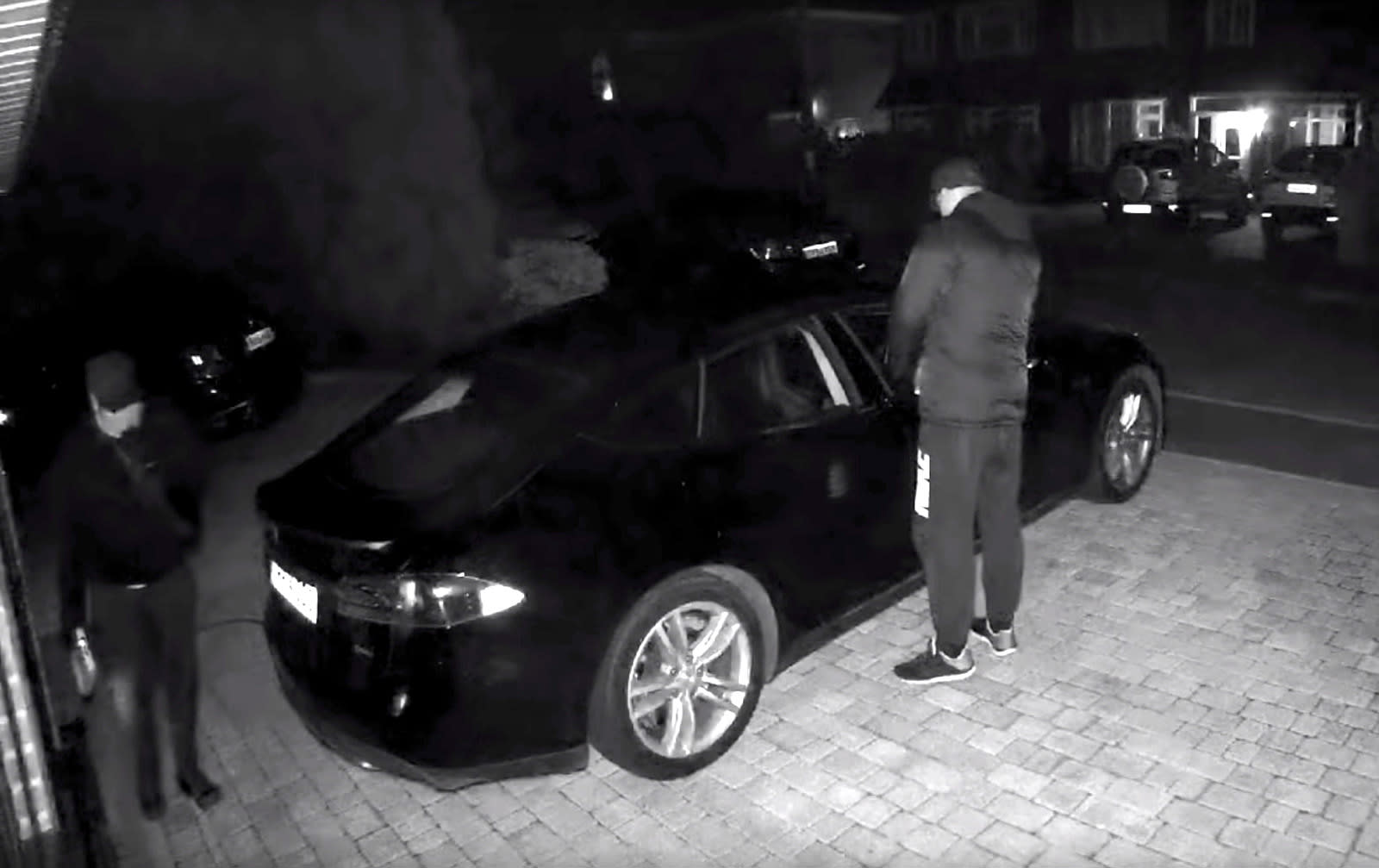 Last month, an unlucky Tesla owner managed to record his own Model S being stolen via a sneaky keyfob "relay" tablet hack, part of a wave of European thefts in which the vehicles were never recovered. Tesla has now fought back via a new Model 3 update that might not stop the original theft, but will make it possible for owners and police to track their stolen cars.

Thieves have been stealing Tesla and other vehicle brands for awhile via "relay attacks," which relies on the owners leaving their cars in passive entry mode. It senses the presence of the fob's signal, allowing drivers to enter their EVs without unlocking them. Enterprising thieves in both Europe and the US were boosting the signal from owners' fobs, often located in their house far away from the vehicle, using a tablet or other device.

As Electrek points out, US owners and police were able to track the vehicles and catch the guilty parties. In Europe, however, the thieves were sophisticated enough to deactivate mobile access, but with the latest update, you need a code to do that. As such, crooks won't be able to easily disable tracking and will need to quickly get out of GPS range before they're discovered.

The problem can be avoided altogether by deactivating passive entry mode, particularly when your car is outside or in a public spot. Lots of owners have been demanding the extra layer of security for mobile access mode, however, so this could curtail some thefts. With the update,Tesla also improved the Summon feature to allow its EVs to self-drive out of narrow parking spaces, and made its climate controls easier to use.

In this article: EV, gear, MobileEntry, Model3, Password, security, Tesla, Theft, transportation
All products recommended by Engadget are selected by our editorial team, independent of our parent company. Some of our stories include affiliate links. If you buy something through one of these links, we may earn an affiliate commission.