We've been using the same optical technology since the 1700s.

While cameras and cutting-edge microscopes have come on leaps and bounds in recent years, the optical technology these kind of products use hasn't really changed since the mid-1700s. Even the highest spec gear relies on compound lenses, which were invented around 1730. Their main function is to bring together different wavelengths of light that otherwise focus in different spots. This corrects what's called "chromatic aberrations," or in other words, the purple halo that appears in images when the wavelengths are focused at different points. The problem is, these lenses are bulky, expensive and not as effective as they could be. But researchers at Harvard have found a solution with its newly-developed "metacorrector".

The technology comprises a single-layer surface of nanopillars (pictured above), spaced less than a wavelength apart, which can be used to manipulate the phase, amplitude and polarization of light. It's a simpler, cheaper and more efficient method of correcting chromatic aberrations, and can work alongside traditional refractive optical components in a wide range of high-volume applications. 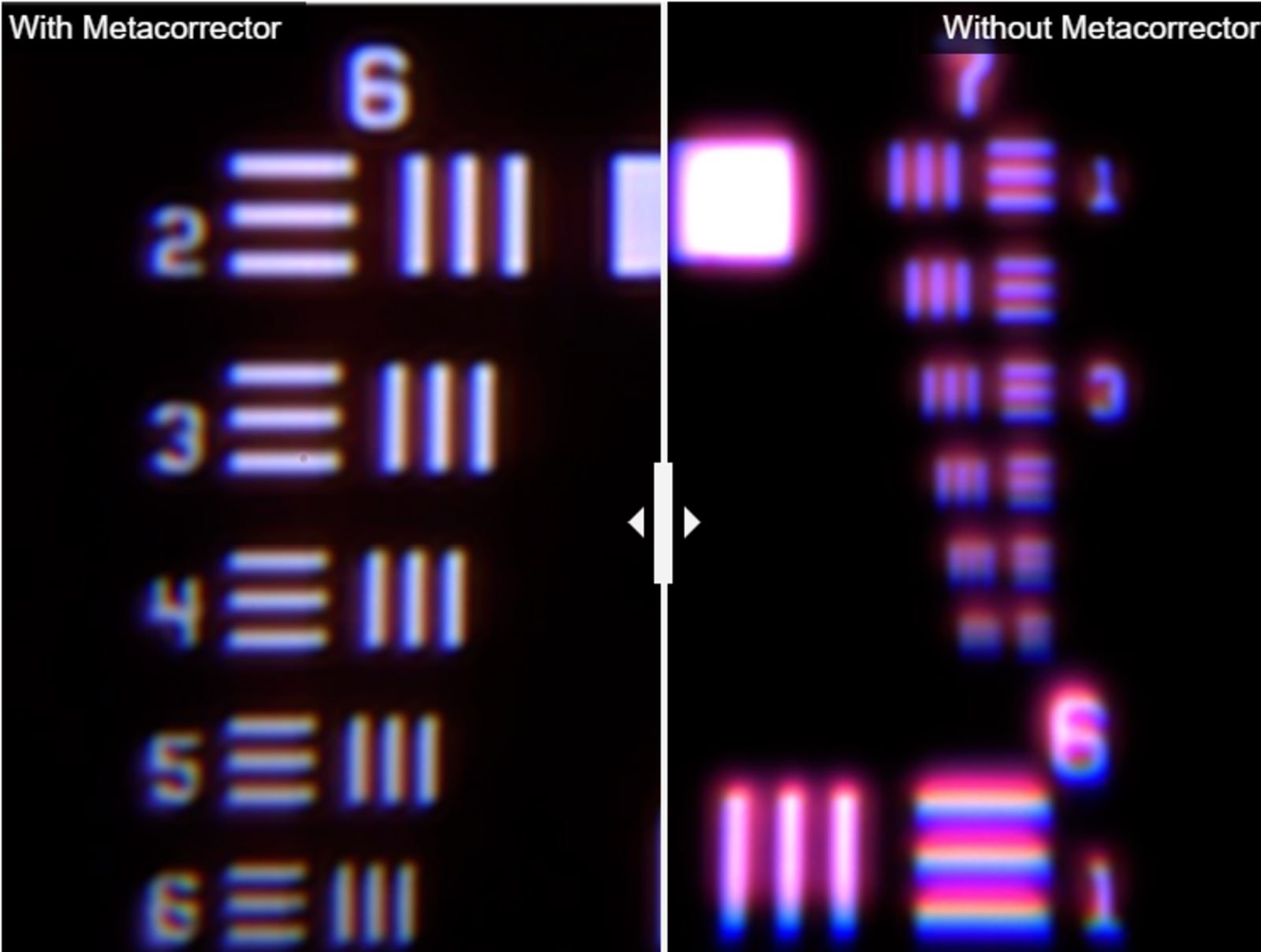 "You can imagine light as different packets being delivered at different speeds as it propagates in the nanopillars. We have designed the nanopillars so that all these packets arrive at the focal spot at the same time and with the same temporal width," said Wei Ting Chen, a Research Associate in Applied Physics at SEAS and first author of the paper. According to the team, the technology is "fundamentally different" to conventional correction methods since it involves nanostructure engineering. As co-author Alexander Zhu says, "This means we can go beyond the material limitations of lenses and have much better performances."

The technology can be incorporated into all kinds of commercial optical systems, from simple lenses to high-end microscopes which use as many as 14 conventional lenses. The team now plans to improve the metacorrector's efficiency even further, for use in miniature optical devices and other high end applications.

All products recommended by Engadget are selected by our editorial team, independent of our parent company. Some of our stories include affiliate links. If you buy something through one of these links, we may earn an affiliate commission. All prices are correct at the time of publishing.
View All Comments
Researchers find a way to fix the purple halo effect in images