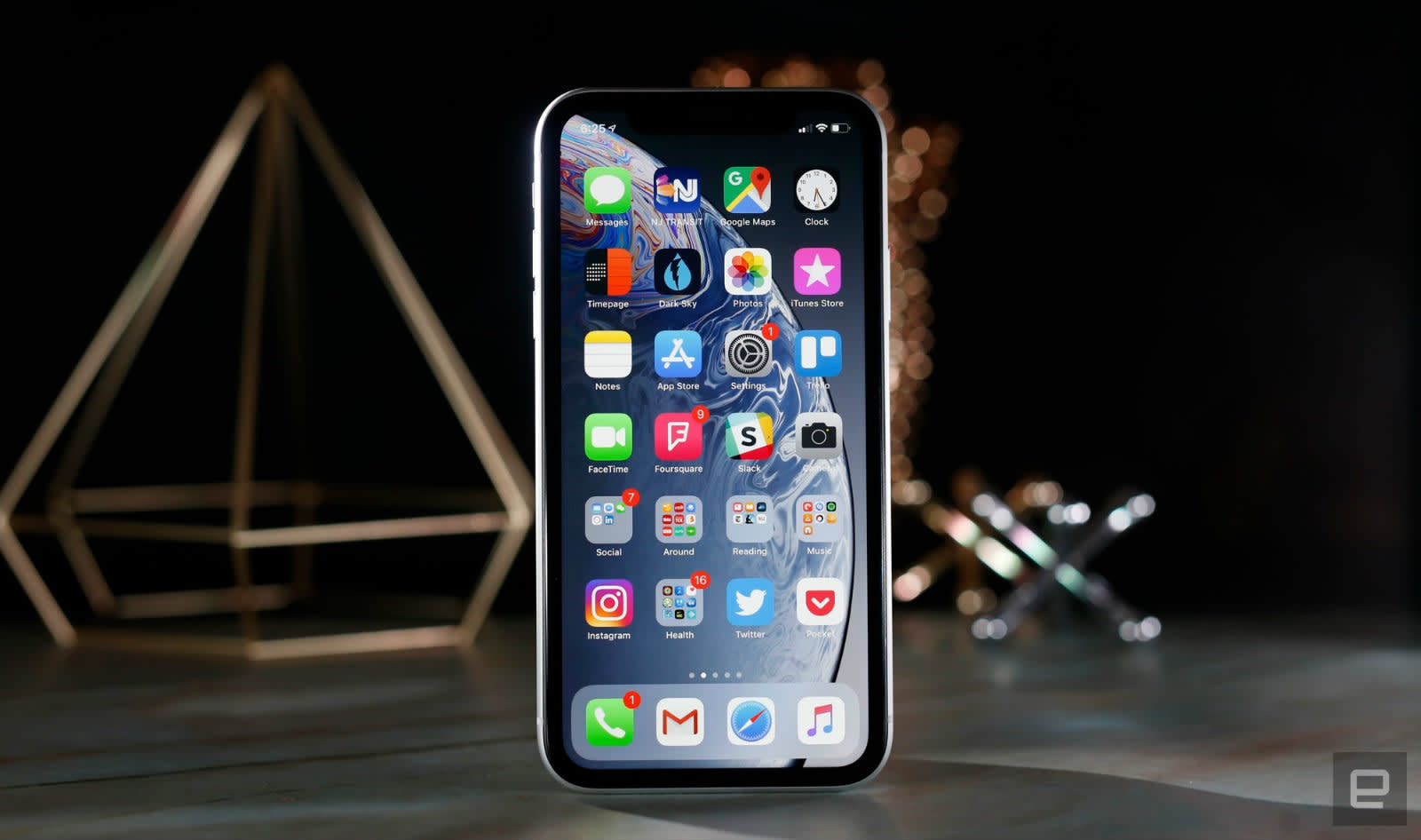 Apple is readying discounts for the iPhone XR in Japan by way of subsidies for local carriers, according to The Wall Street Journal. The markdown for the cheapest of its new batch of iPhones could come into play as soon as next week. Though price cuts from Apple aren't unprecedented (it's lowered the price of devices on occasion in specific regions) they are rare. So don't go expecting the change to be reflected on this side of the world.

Taken alongside recent reports from the supply chain that Apple is cutting production orders on the iPhone XS, XS Max and XR, it gives plenty of fodder to Apple doomsayers. But there could be more to the news than just a decline in sales -- after all, worldwide smartphone sales have shrunk two years in a row after years of unbridled growth, mainly due to people holding on to their pricey handsets for longer. Apple also recently said that it will no longer provide iPhone sales figures, fuelling more concerns from investors.

Notably, the same WSJ report claims Apple is restarting production of last year's iPhone X in certain markets. The move is "due in part" to Apple's contract requirements with Samsung Display for OLED displays. Again, it's unclear where the handset will go on sale. But you may recall that the iPhone X was also prematurely heralded as an overpriced failure, only for Apple to later reveal record revenue and profit thanks in part to its higher price.

In this article: apple, gear, iphone, iphoneX, iphonexr, japan, mobile
All products recommended by Engadget are selected by our editorial team, independent of our parent company. Some of our stories include affiliate links. If you buy something through one of these links, we may earn an affiliate commission.