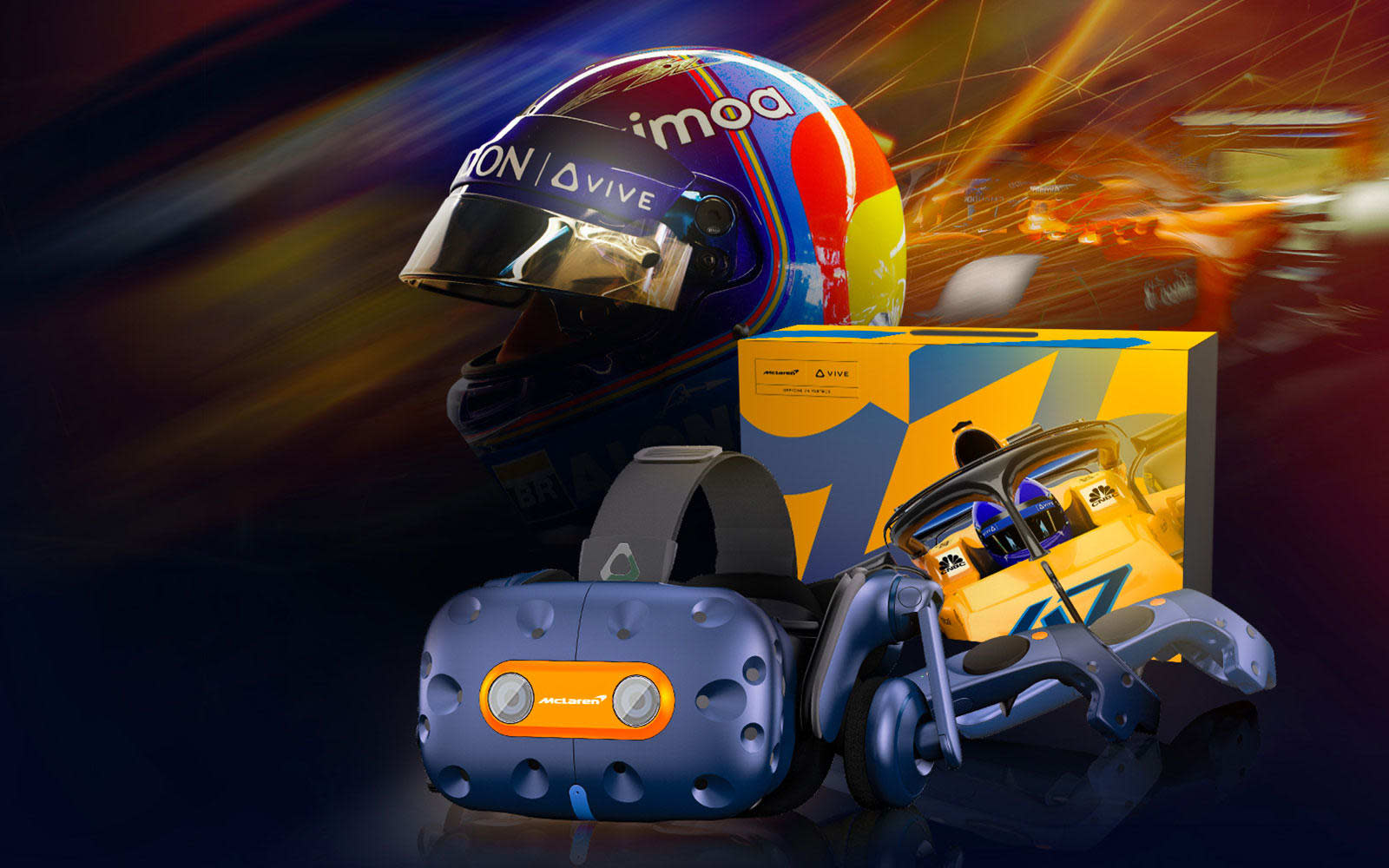 When HTC and McLaren announced their multi-year partnership back in May, the two had already teased an upcoming limited edition Vive headset along with some special VR content. Well, the wait is finally over for hardcore Formula One fans. As announced at the Abu Dhabi Grand Prix, said hardware turns out to be based on the Vive Pro full kit (not to be confused with the cheaper starter kit), which makes sense given that the Vive Pro is the official VR device for McLaren's eSports competition, Shadow Project.

The Vive Pro McLaren Limited Edition is accented with the racing team's signature orange around the headset's front cameras, as well as on the menu button and strap on the controllers (2018 version, to go with the bundled Base Station 2.0 units). Naturally, this package comes with its very own box artwork. The damage for all of this is $1,549, which is a tad more than the standard full kit's $1,199 holiday offer.

The other app is McLaren Garage VR Experience which is rather self-explanatory. This game is a collaboration between McLaren, Vive Studios plus vDesign, and it puts you into the McLaren pit with three roles to choose from: Tire gunner, tire demounter and tire mounter. Once you become familiar with the instructions and process, you can challenge other players with your own speed record.

The release of this Vive Pro McLaren Limited Edition follows HTC's involvement with McLaren's expanded Shadow Project eSports program, in which gamers compete in virtual race tracks and get the chance to eventually become real-life F1 racers -- as did Rudy van Buren who won the 2017 competition. McLaren's outgoing driver Fernando Alonso also has his own eSports team, so even though he is retiring from racing after this season, there's a good chance that he'll still be hanging around with a VR headset.

Alonso is born to be the best driver. He plays the best in the real F1 race and VIVE. #htcvivexmclaren pic.twitter.com/PSAY1iE8Ta

In this article: abudhabi, car, f1, formula1, formulaone, gear, grandprix, htc, htcvive, mclaren, racing, shadowproject, vive, vivepro, vr, wearables
All products recommended by Engadget are selected by our editorial team, independent of our parent company. Some of our stories include affiliate links. If you buy something through one of these links, we may earn an affiliate commission.