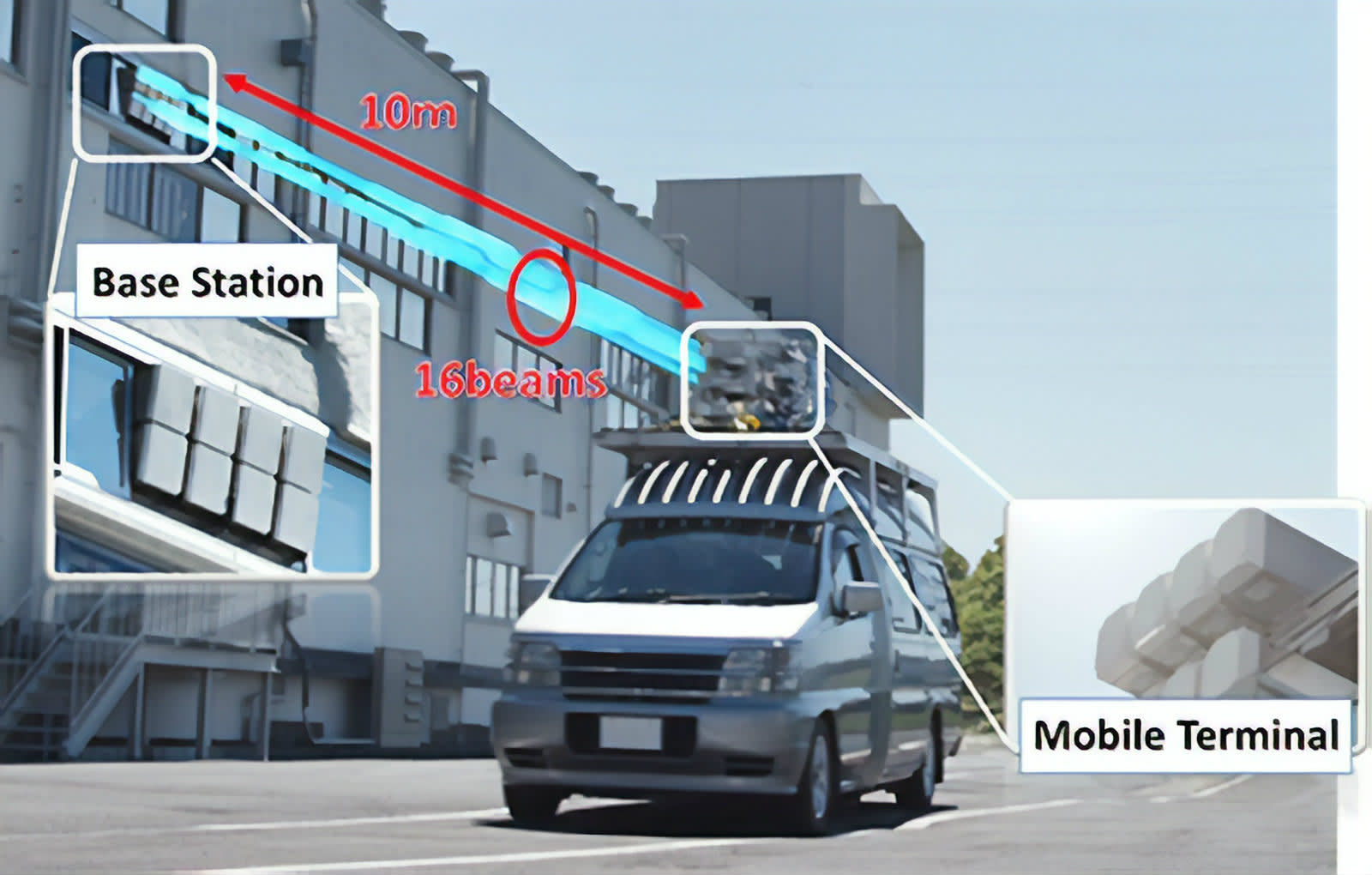 With the first 5G phones expected in 2019, carriers in the US and abroad are busy laying the groundwork for faster data speeds. Japan's three biggest mobile networks are aiming for a similar timeframe, a year ahead of their original 2020 schedule, to coincide with the Rugby World Cup. One of the country's leading carriers, NTT DoCoMo, has now announced a 5G milestone with the help of Mitsubishi Electric. Together they hit 27Gbps during outdoor trials in Japan's Kanagawa Prefecture.

According to NTT DoCoMo, it marked the world's first 5G transmission to exceed a peak speed of 20Gbps using one terminal, with a communication distance of 10 metres attaining the 27Gbps speed, and a speed of 25Gbps over 100 metres.

The trials utilized 16-beam spatial multiplexing in line-of-sight conditions, where massive-element base-station antennas on the wall of a building channelled beams to mobile-terminal antennas installed on the rooftop of a Mitsubishi vehicle, according to Mobile World Live.

They claim the same method could be used to transmit high-speed connectivity to vehicles with multiple passengers like trains and buses. The two companies said they achieved the high 5G speeds by building more advanced beam-forming technology.

But NTT DoCoMo isn't alone in chasing 5G in-car speeds. Last year, mobile carrier Softbank installed 5G base stations at Honda's test course in Hokkaido -- the northernmost prefecture in Japan -- to test smart car connectivity. It also began trialling 5G as far back as 2016 in conjunction with Ericcsson, while NTT DoCoMo has partnered with Huawei on its own tests, and fellow carrier KDDI tapped Samsung for its 5G field trials earlier this year.

In this article: 5g, gear, japan, mitsubishi, MitsubishiElectric, mobile, nttdocomo
All products recommended by Engadget are selected by our editorial team, independent of our parent company. Some of our stories include affiliate links. If you buy something through one of these links, we may earn an affiliate commission.