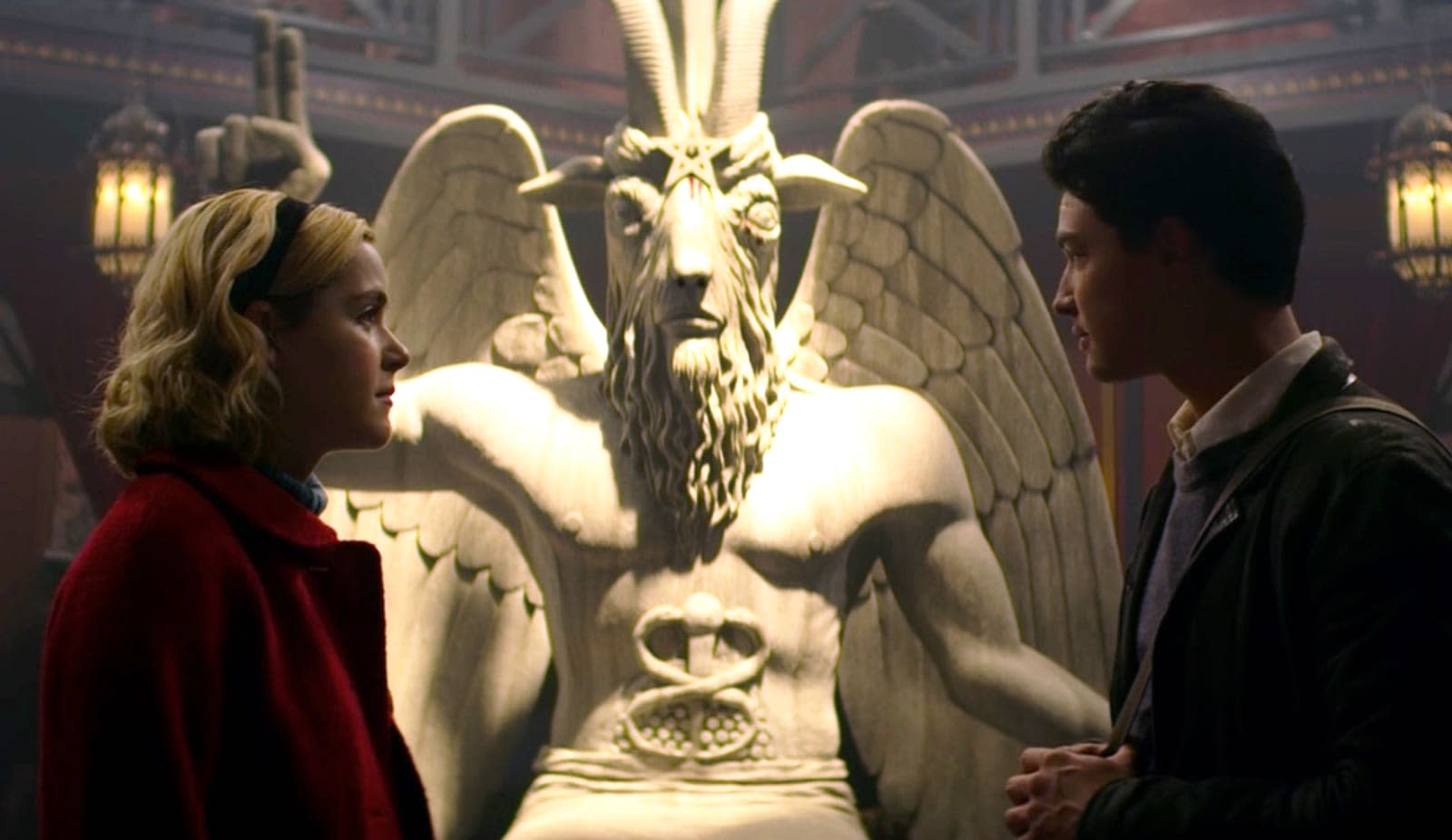 If you guessed that Netflix and Warner Bros. would rather not entangle themselves in a $150 million lawsuit from the Satanic Temple over a statue... you guessed correctly. The companies have settled with the Temple over claims the goat-headed statue in The Chilling Adventures of Sabrina violated the copyright and trademark rights for the Temple's own Baphomet statue. While most of the terms of the deal aren't pubilc, the Temple said Netflix and Warner Bros. have recognized the "unique elements" of the statue in the credits for already-filmed Sabrina episodes.

It's not clear if this will affect the statue's presence in future episodes.

In its statement, the Temple said it had "amicably" reached a truce, but also said that it received "hate mail" from people concerned it might wreck the show. It argued that people had misplaced priorities and were focused more on their entertainment than weightier issues like religious liberty.

Regardless of whether or not people had their hearts in the right place, it's understandable why Netflix and Warner Bros. would try to put the issue to bed relatively quickly. Even if the money wasn't an issue, a drawn-out legal battle with the Temple wasn't exactly going to look good for either company. The Temple had also been looking for an injunction to block Netflix from distributing the show, and might have asked for more drastic edits even if it was fine with Sabrina staying online.

In this article: chillingadventuresofsabrina, entertainment, internet, lawsuit, netflix, satanictemple, services, settlement, thechillingadventuresofsabrina, warnerbros
All products recommended by Engadget are selected by our editorial team, independent of our parent company. Some of our stories include affiliate links. If you buy something through one of these links, we may earn an affiliate commission.