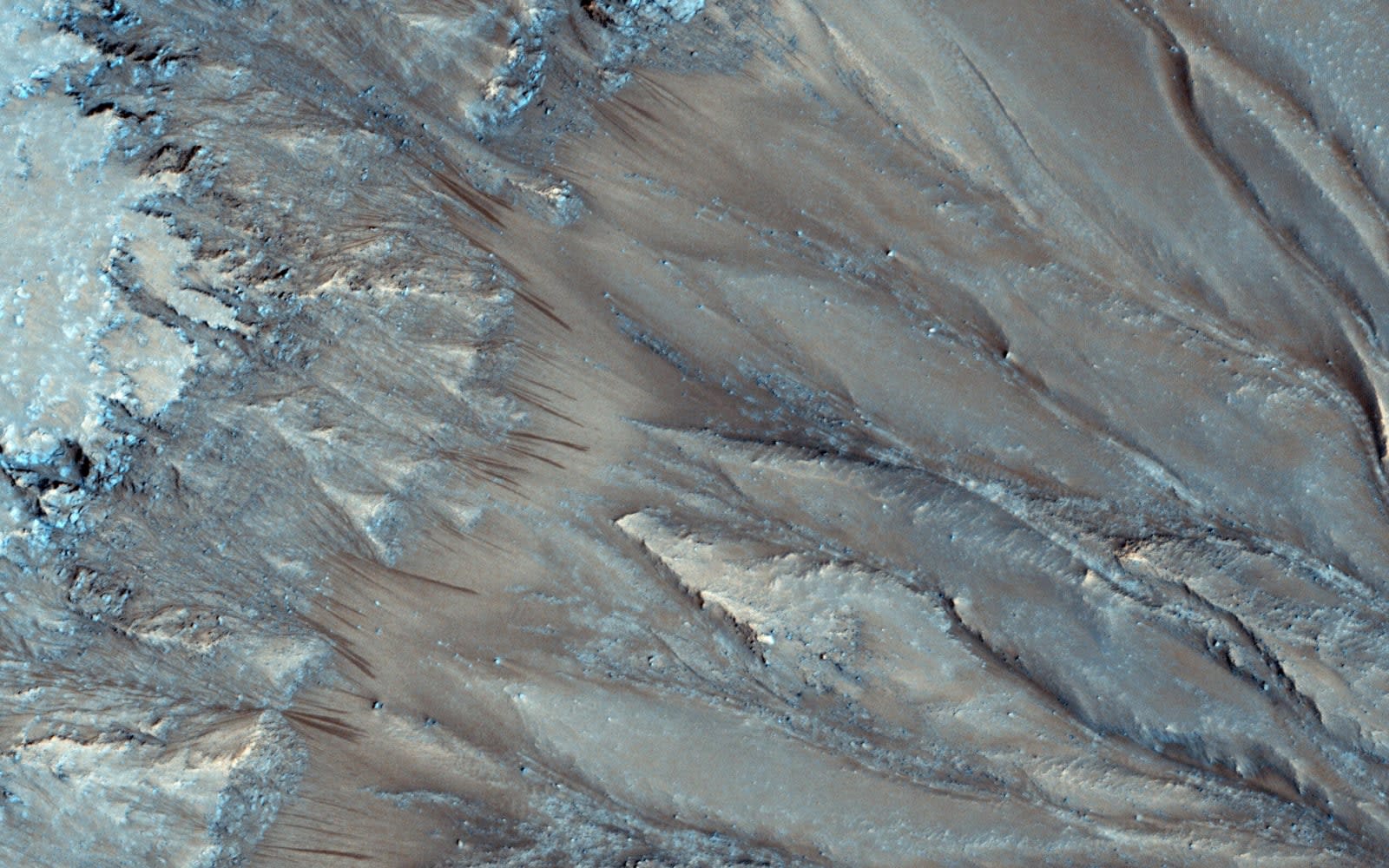 You might not want to get too excited about the prospects of finding water on Mars. A recently published study has determined that the Mars Reconnaissance Orbiter's approach to handling water data is flawed, potentially invalidating some earlier discoveries of salty water flows. The machine's Compact Reconnaissance Imaging Spectrometer for Mars (CRISM) can be confused by some high-contrast areas, and the software used to correct that data can inadvertently produce false signs of perchlorates that hint at salt water flows. There appeared to be an abundance of perchlorates in the corrected results, but there doesn't appear to have been any in the raw data.

This doesn't rule out every hint of salty water, but whatever is there might be harder to recognize. The researchers are developing a detection method that would use multiple pieces of evidence rather than the one from before. In the meantime, though, the science team suggests tempering expectations. These salts are on Mars -- you just shouldn't expect them to be quite so ubiquitous when Mars 2020 and future missions touch down on the Red Planet.

In this article: crism, gear, geology, mars, MarsReconnaissanceOrbiter, science, space, tomorrow, water
All products recommended by Engadget are selected by our editorial team, independent of our parent company. Some of our stories include affiliate links. If you buy something through one of these links, we may earn an affiliate commission.