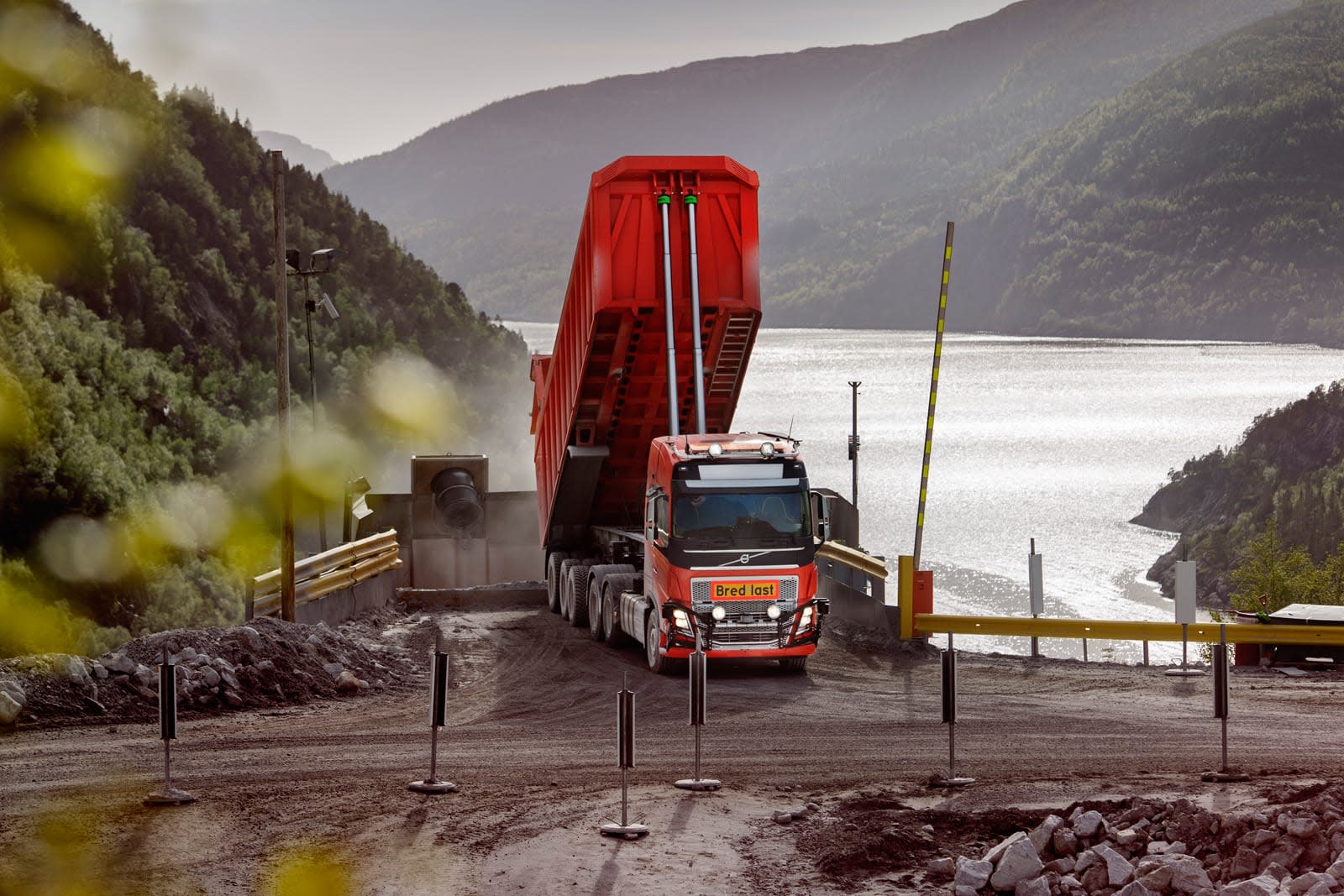 Sometimes, it's the least glamorous uses of self-driving tech that can be the most important. Volvo has struck a deal that will have six of its autonomous trucks carrying limestone from a Brønnøy Kalk mine in Norway to a port roughly 3 miles away. That might not sound exciting on the surface, but the company isn't just selling the trucks and moving on. This is Volvo Trucks' very first end-to-end autonomous offering -- the mining company is paying for every metric tonne Volvo delivers. In other words, Volvo has a strong incentive to make sure its driverless tech works as promised, as it won't be paid otherwise.

Volvo and Brønnøy Kalk have already been testing their solution and expect it to be in full service before the end of 2019.

This isn't the most complicated operation. The Volvo trucks will drive along a preset route with very little chance for something to go wrong. However, it will help Volvo fine-tune its self-driving model for future customers. It's also a hint at how vehicle makers could operate in the long run -- they might shift away from selling individual cars and trucks, and toward offering whole services where autonomous vehicles are just part of a larger puzzle.

In this article: bronnoykalk, gear, limestone, mine, mining, transportation, truck, video, volvo
All products recommended by Engadget are selected by our editorial team, independent of our parent company. Some of our stories include affiliate links. If you buy something through one of these links, we may earn an affiliate commission.