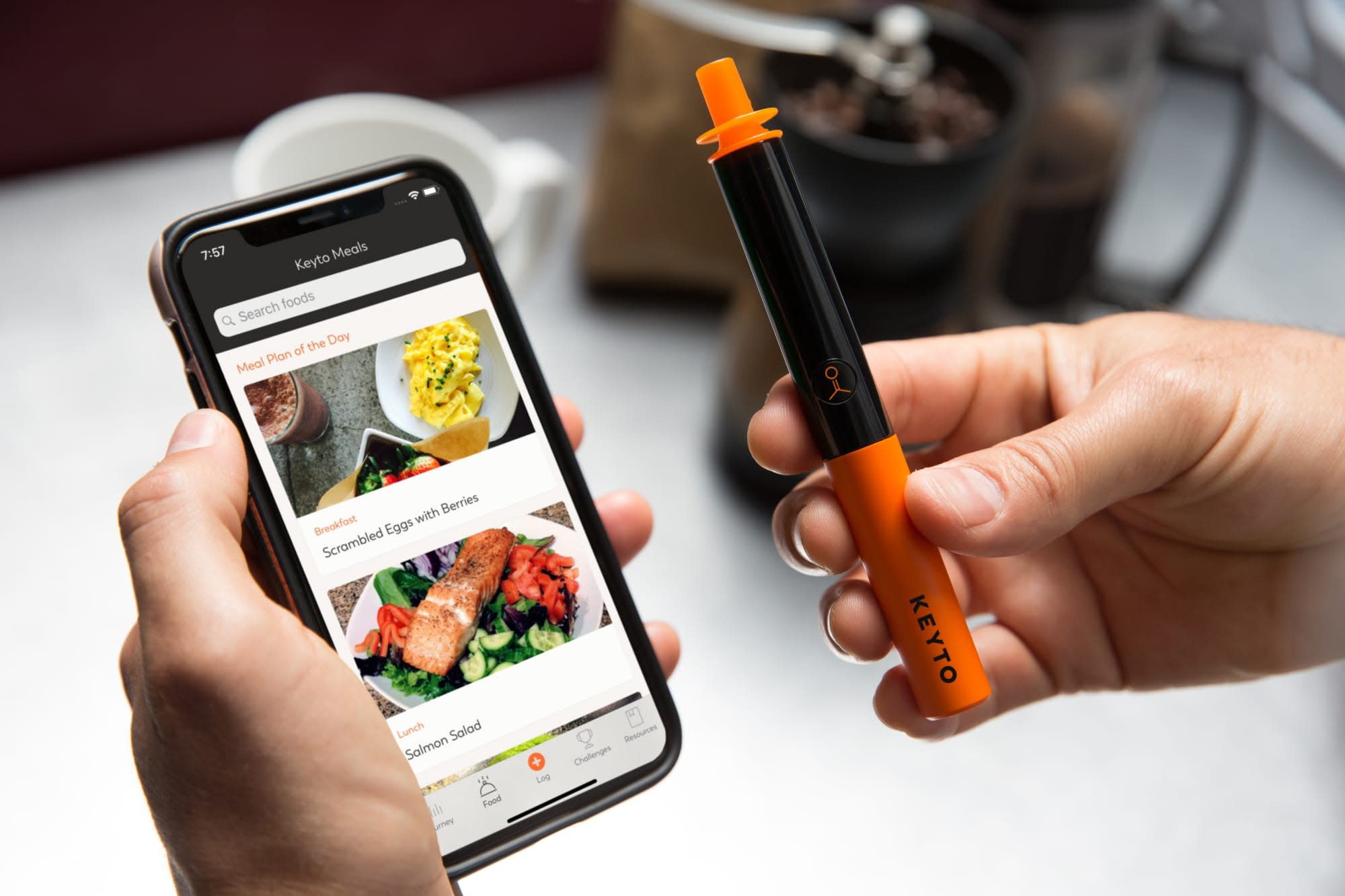 The low-carb, high-fat ketogenic diet has become increasingly popular in recent years. Keyto is looking to capitalize on the dietary trend by launching a smart breath analyzer and accompanying mobile app that the company claims can determine how efficiently your body is burning fat and provide tips on how to improve and adhere to the lifestyle. The device is available for $99 on Indiegogo.

To understand how the Keyto system works, it's important to first understand the concept behind the ketogenic diet. Followers of the dietary plan eat primarily fats and protein, while significantly reducing their intake of carbohydrates. The result is ketosis, a state in which the body starts to burn stored fats for fuel and produces ketones, which are a byproduct of the process.

According to Keyto, its sensor measures the acetones -- a byproduct of that byproduct -- in your breath to determine your level of ketosis. There aren't a ton of studies about measuring acetones orally, there is some research that suggests it is a reilable indicator of ketosis. That information will then be presented in the same style a fitness tracker might show you how many steps you've taken in a day.

In addition to compiling data about your body's progress, Keyto is also promising to give pointers on how to improve your diet and better optimize your results. While there are other ketone breath analyzers on the market, Keyto's plan is to stand out with its mobile app. It will supposedly show individualized meal recommendations that will keep you on track and has a built-in library of keto-friendly recipes. It will also be designed serve as a community hub so keto dieters can connect with one another and share stories and support.

Keyto isn't the first tracker to try to focus on diet rather than than fitness. The controversial Healbe GoBe promised users it could count calories but never quite delivered. Apple has also reportedly been working on a blood sugar monitoring sensor for its Apple Watch that could help diabetics manage their condition.

Keyto is being made available first through Indiegogo for $99, with the early run ready to ship starting January 2019. The company says the device will retail for $150 when it's made widely commercially available, though it didn't provide a timeframe.

In this article: BreathAnalyzer, BreathSensor, diet, gear, indiegogo, keto, ketogenicdiet, keyto, services
All products recommended by Engadget are selected by our editorial team, independent of our parent company. Some of our stories include affiliate links. If you buy something through one of these links, we may earn an affiliate commission.