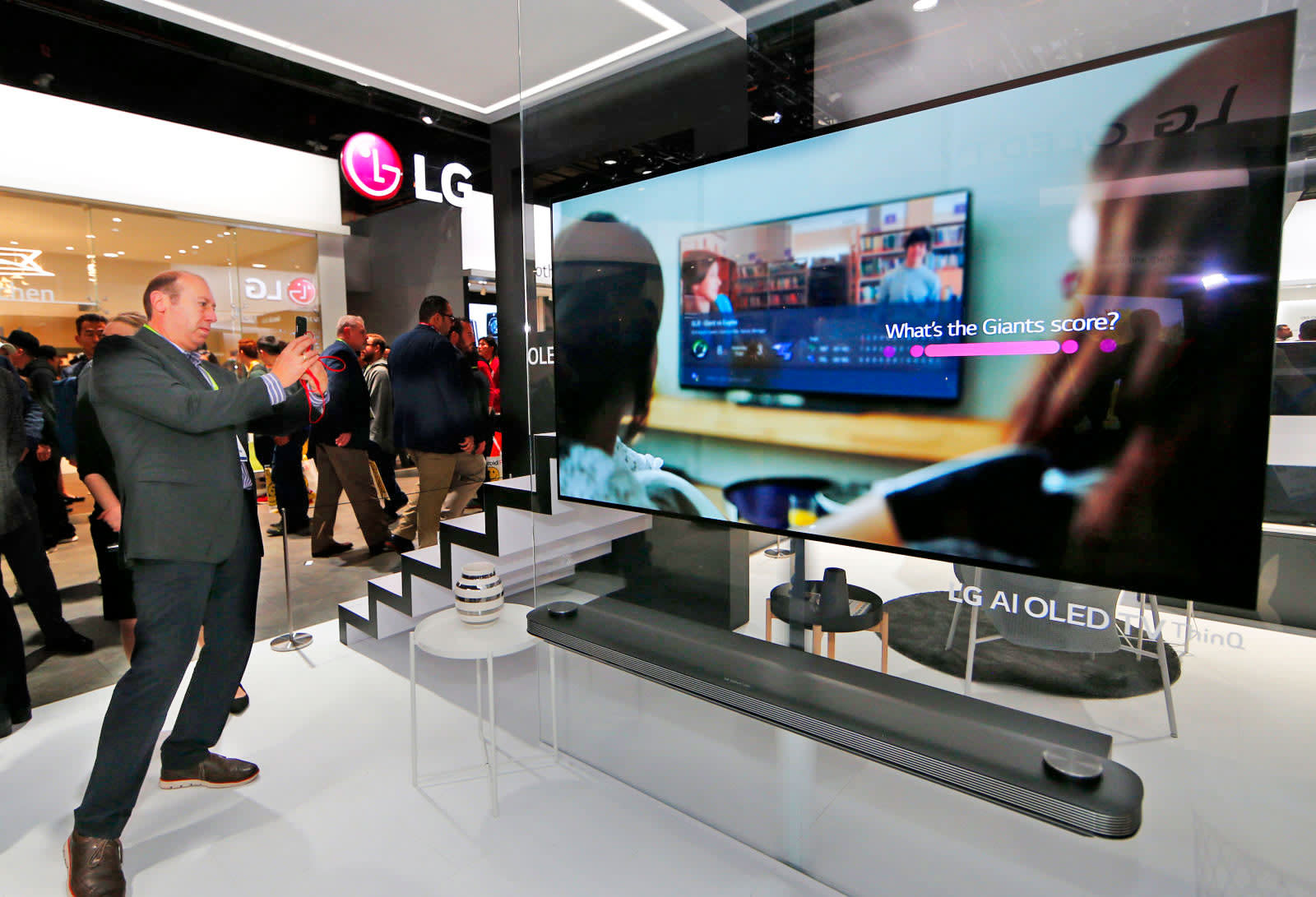 It must be close to CES time, because once again LG is talking about next year's TVs. In a post touting the Alpha processors that drive its various displays, it revealed that in 2019 its high-end OLED screens will include the Alpha 9 (α9 Gen 2), the sequel to last year's A9 CPU. It mentioned a four-step noise reduction process and support for high frame rate 120fps video (HFR). The only issue? They listed the same features last year.

What we'd be really interested to find out is if these new TVs will have any support for the HDMI 2.1 standard. If they do, then it would be possible to input HFR video via HDMI -- last year's sets could only do it via a USB drive. Another big addition last year was support for AI like Google Assistant, and we'll need to see if that gets any upgrades in the new sets as well.

In this article: 4k, a9, av, entertainment, gear, hfr, lg, oled, tv
All products recommended by Engadget are selected by our editorial team, independent of our parent company. Some of our stories include affiliate links. If you buy something through one of these links, we may earn an affiliate commission.