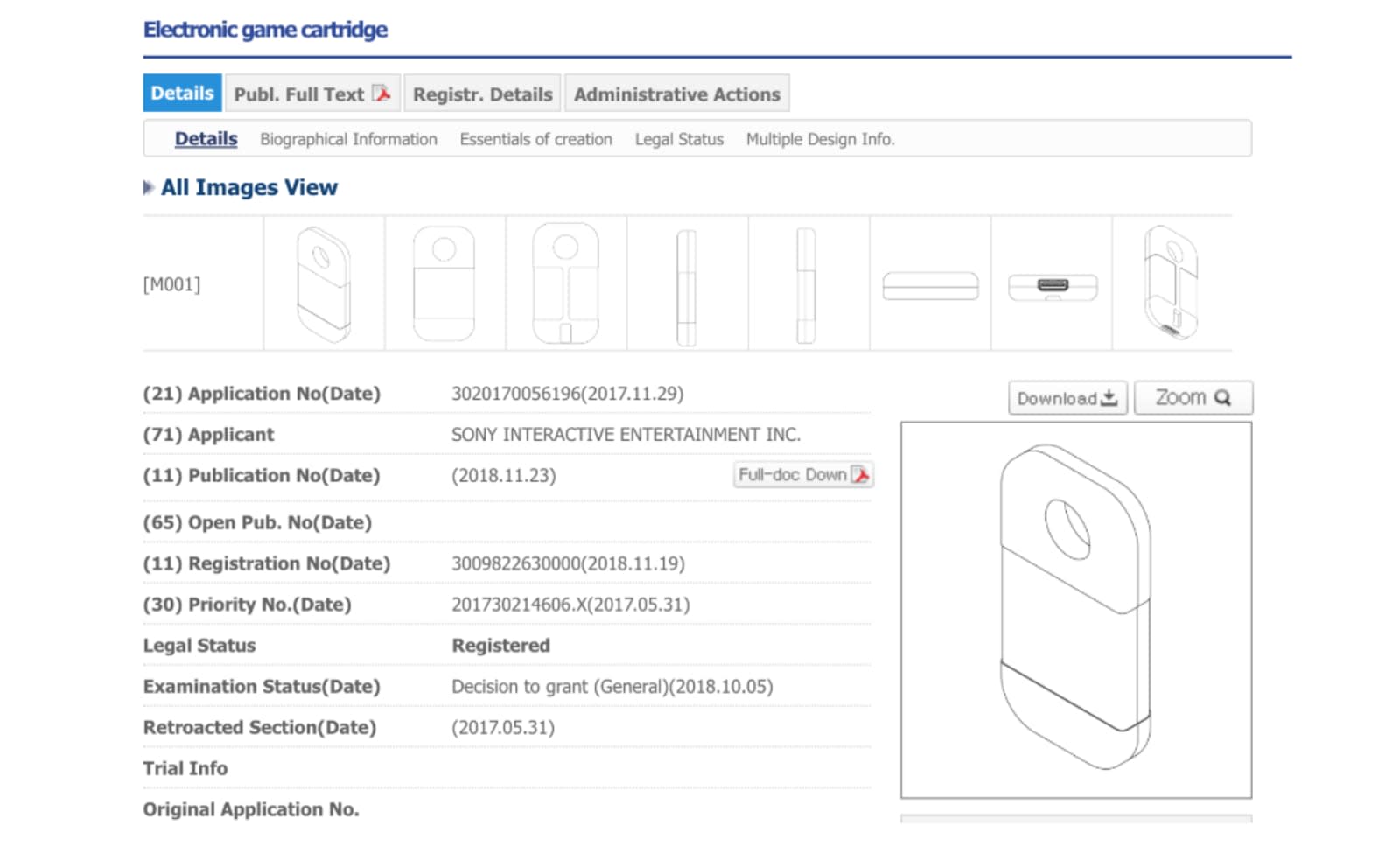 Correction, 11/28/18, 11:00AM ET: This post originally stated that "a new patent reveals what Sony might have in store for its next attempt at a handheld console." Further research has revealed that this patent was filed in 2017 and relates to a product known as Sony Toio, which was released last year and features cartridges like those found in this patent filing. Our original post remains below. We apologize for the error.

Sony didn't see the success it had hoped for with the PlayStation Vita, but despite claims back in 2015 that there wouldn't be a sequel, the company announced earlier this year it wasn't ready to give up on portable gaming after all. Now, a new patent reveals what Sony might have in store for its next attempt at a handheld console.

According to Techtastic, the patent filed in South Korea hints at an "electronic game cartridge." No further details are given, but the design does suggest a connection at the bottom of the device that could be used to communicate with a console. This would certainly be in keeping with gaming division John Kodera's comments from May, where he noted that "Rather than separating portable gaming from consoles, it's necessary to continue thinking of [portable gaming] as one method to deliver more gaming experiences."

It's possible, then, that the patent could be related to a future PlayStation console. Or it might not amount to anything. As Techtastic notes, Sony filed a patent in 2017 for a device that looked a lot like the Nintendo Switch, but nothing further has come of that -- so not all patents go on to become products. Still, it's clear that Sony is working on something –- what that something will eventually become remains to be seen.

In this article: av, console, gadgetry, gadgets, gaming, gear, handheld, NintendoSwitch, patent, personal computing, personalcomputing, PlayStation, portable, sony, Vita
All products recommended by Engadget are selected by our editorial team, independent of our parent company. Some of our stories include affiliate links. If you buy something through one of these links, we may earn an affiliate commission.