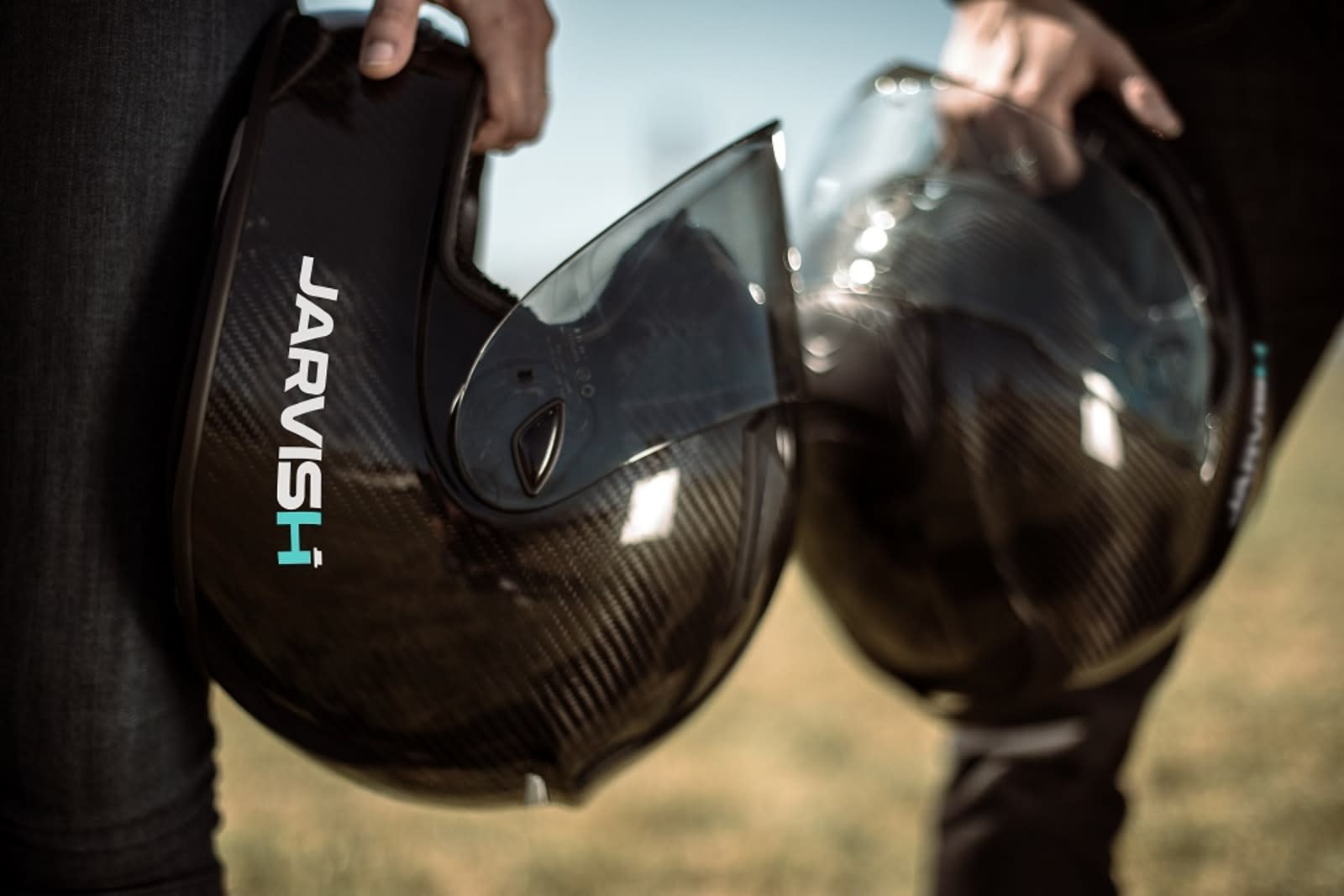 Jarvish announced two new smart motorcycle helmets earlier this year -- the Jarvish X and Jarvish X-AR, which offer a plethora of helpful riding features, such as voice activation and support for Siri, Google Assistant and Alexa, a 2k front-facing camera, Bluetooth and WiFi connectivity, a retractable heads up display in the more expensive model, a lightweight carbon fiber design and hours of battery life. These are, arguably, the smartest helmets on the market. Now, bikers can finally put their money down to get in line to own one themselves -- and for a big discount on regular retail prices.

The project is being financed on Kickstarter, with the view to raising funds to recruit more engineers to work on the helmet tech. The campaign has been live for just one day and it's already smashed its target of $50,000, having reached $121,367 at time of writing. Its success is unsurprising, given the deep discounts on offer. Pledge $399 and you'll get the Jarvish X, which will retail for $699 after the campaign, or pledge $899 and you'll save a whopping $700 on the Jarvish X-AR, which will later go on sale for $1,599.

Shipping to the US and UK is free (everywhere else is $100), and backers are expected to get their helmets in April 2019 for the Jarvish X, and September 2019 for the higher spec Jarvish X-AR. Move quickly if you're interested, there are only limited backing spaces available. Miss out and you'll have to join the regular retail queue next year.

In this article: battery, gadgetry, gadgets, gear, helmet, Jarvish, JarvishX, JarvishXAR, motorcycle, safety, smart, transportation, voiceassistant, wearables
All products recommended by Engadget are selected by our editorial team, independent of our parent company. Some of our stories include affiliate links. If you buy something through one of these links, we may earn an affiliate commission.