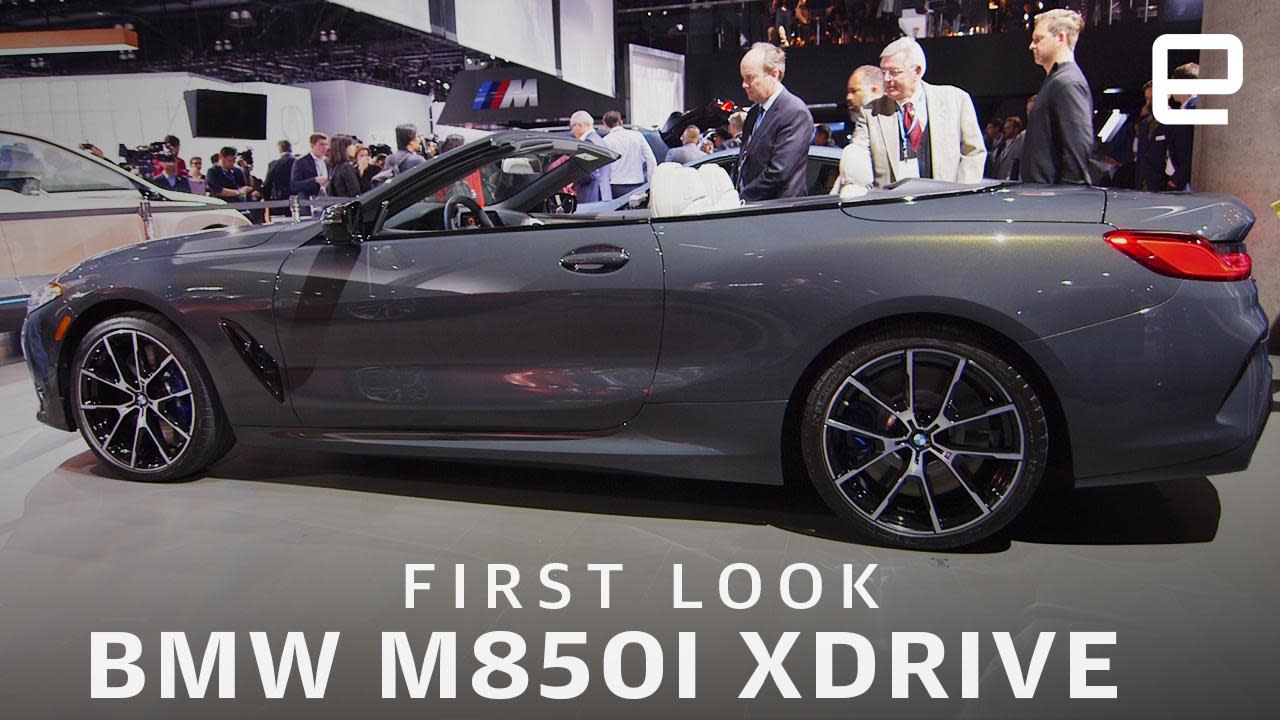 It's been nearly 20 years since the American market has had access to one of BMW's Grand Touring 8-series, but that wait is now nearly over. At the 2018 Los Angeles Auto Show on Wednesday, BMW finally lifted the veil (quite literally) on the new convertible iteration of the 850i xDrive.

The convertible (code-named G14 by its design team) joins the coupe (G15) and a four-door Grand Touring edition (G16), the latter two of which were announced in June. Gone is the giant honkin' V-12 from the last time BMW made the 8 Series, replaced with a 4.4-liter twin-turbo V8. Even without the extra four cylinders, the 850i xDrive will still output 523 hp with 553 lb/ft of torque. That translates into a 3.6 second 0-60 that tops out at a speed-limited 155 mph.

As the xDrive name indicates, the new 850i will offer AWD through an eight-speed automatic transmission, though the rear wheels will only be powered if the vehicle's computer notices slippage. What's more, the rear wheels can be used to assist in steering -- helpful when taking extremely tight turns -- and the transmission is GPS-enabled, allowing it to effectively predict when it will need to change gears.

The interior is similarly well appointed in terms of technology. The 850i will come with a digital instrument cluster, 12.3-inch infotainment hub, Bluetooth and Apple CarPlay compatibility (but oddly, not Android Auto), HUD and LED laser headlights. Its instrument buttons provide haptic feedback, so you won't have to take your eyes off the road to change the radio station on the optional 1375-watt Bowers & Wilkins stereo. And like Lincoln's kneeling Aviator SUV, these new BMWs are NFC equipped, enabling drivers to use their similarly enabled phones to unlock the doors and start the car, all without a physical key or fob.

The 850i series should hit dealer showrooms around the end of this year and will start at $111,900, so you might see if Santa is willing to drop an auto loan down your chimney this holiday season.

In this article: 850iXdrive, 8series, bmw, convertible, coupe, gear, grandtour, laautoshow2018, transportation
All products recommended by Engadget are selected by our editorial team, independent of our parent company. Some of our stories include affiliate links. If you buy something through one of these links, we may earn an affiliate commission.