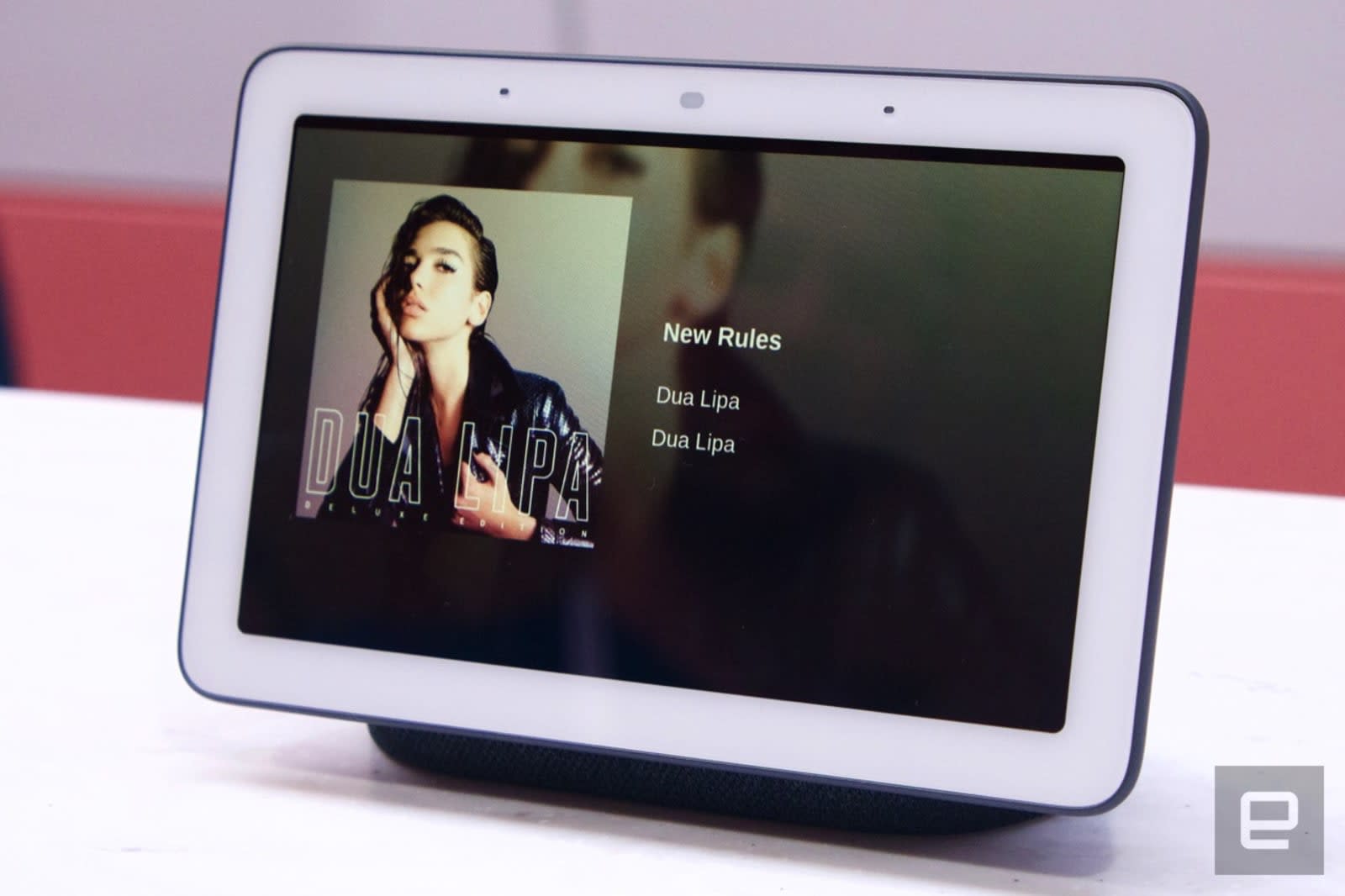 Google is bringing a bunch of new features to its Assistant for the holidays, though you can probably thank Jeff Bezos, rather than Santa for them. The most notable feature is "visual lyrics" that will let you see and learn the words to your favorite songs on Google's Home Hub or another smart display device. Amazon has had such a feature for quite awhile, having introduced it over a year ago with its Alexa-powered Echo Show smart display. To sing along with Google's device, you'll need a Google Play Music subscription, and it will only work with select songs.

Another Amazon feature that Google, er, paid homage to is "Pretty Please." It aims to encourage good manners in both children and adults by offering "delightful responses" when you ask it to "please" do something rather than just bossing it around. For instance, if you say, "Hey Google, please play some holiday music for me," it will reply with, "Thanks for asking so nicely. Sure, here are some songs." The feature looks very familiar to what Amazon introduced on its kid-friendly version of Alexa earlier this year.

A new list feature actually looks pretty timely and cool. It's essentially a vocal version of Keep, letting you create and display gift, shopping, to-do and other kinds of lists. You just say, "Hey Google, create a gift list," "What's on my to-do list," "Show me my last note," or "Add tickets for mom to my gift list," to name a few examples. It will only work on the Assistant for now, but Google said it will soon add support for list providers, including Keep, Any.do and Bring!

Google recently introduced the "Read Along" feature brings sound effects to stories read to children by Assistant. It has now added a few more titles, including Disney's Mickey's Christmas Carol and will introduce other titles from Frozen, Aladdin, Mulan and The Lion King over the coming weeks. If you just want a regular story, Google has expanded the list of titles to over 50, including Beauty and the Beast, Dora's Super Sleepover and PAW Patrol's Holiday Helpers.

Google has also added Home Hub display-friendly features, including visuals for its existing "Call Santa" feature, photo sharing and touch alarms. Next week, it will expand "Broadcast Replies" so that you can send messages back and forth to Smart Display devices like Home Hub. Finally, Google has added a two-way Nest talkback feature for Smart Display devices that let you speak with a visitor before letting them in. You can access the feature when someone rings by tapping the blue "Talk" button.

Most of the features arrive today, but some, like Broadcast replies and certain Read Along titles will take a bit longer. All of it makes Google's Assistant more useful and the rivalry with Amazon's Alexa that much more interesting.

In this article: Disney, gear, google, GoogleAssistant, Holidays, internet, Nest, PrettyPlease, robots, VisualLyrics
All products recommended by Engadget are selected by our editorial team, independent of our parent company. Some of our stories include affiliate links. If you buy something through one of these links, we may earn an affiliate commission.