Pouring one out for "Don't be evil."

The first time many of us heard about China's use of facial recognition on jaywalkers was just this week when a prominent Chinese businesswoman was publicly "named and shamed" for improper street crossing. Turns out, she wasn't even there: China's terrifyingly over-the-top use of tech for citizen surveillance made a mistake. The AI system identified Dong Mingzhu's face from a bus advertisement for her company's products.

"[The] president of China's biggest air conditioning maker," wrote The Telegraph, "had her image flashed up on a public display screen in the city of Ningbo, near Shanghai, with a caption saying she had illegally crossed the street on a red light." Shortly after, Ningbo traffic police admitted the mistake and claimed to have "completely upgraded the system to reduce the false-recognition rate."

Sure, sure. Anyway, this mixup lends the impression that China is blundering its way into the surveillance industrial complex over trivial issues. That impression would be wrong. China has been officially Getting Shit Done when it comes to controlling human beings with cutting-edge tech tools -- doing stuff that would blow George Orwell's mind. Like using "gait recognition" software to expedite its rounding up of minorities for placement in razor-wire, cattle-prod equipped "re-education camps." In addition to shocking censorship steps that include banning "Animal Farm" and "1984" (and "Disney") from the internet and social media apps.

In modern China we're seeing how Silicon Valley's shining marvels of innovation can be imagineered into their absolute darkest incarnations. I mean, just think what it would be like if Google used its resources, skills, and already-creepy tech to ... oh. Wait.

Perhaps you've heard about the latest employee uprising at Google, against a search engine and other products tailored for the Chinese government called project Dragonfly. Workers staged a high-profile Tuesday protest against Dragonfly. On Thursday Google employees raised over $200,000 for a 'strike fund.' This came after a new report confirmed the project and quoted ex-Google engineer and company privacy advocate Yonatan Zunger, who said the company's privacy and security teams were locked out of key meetings. 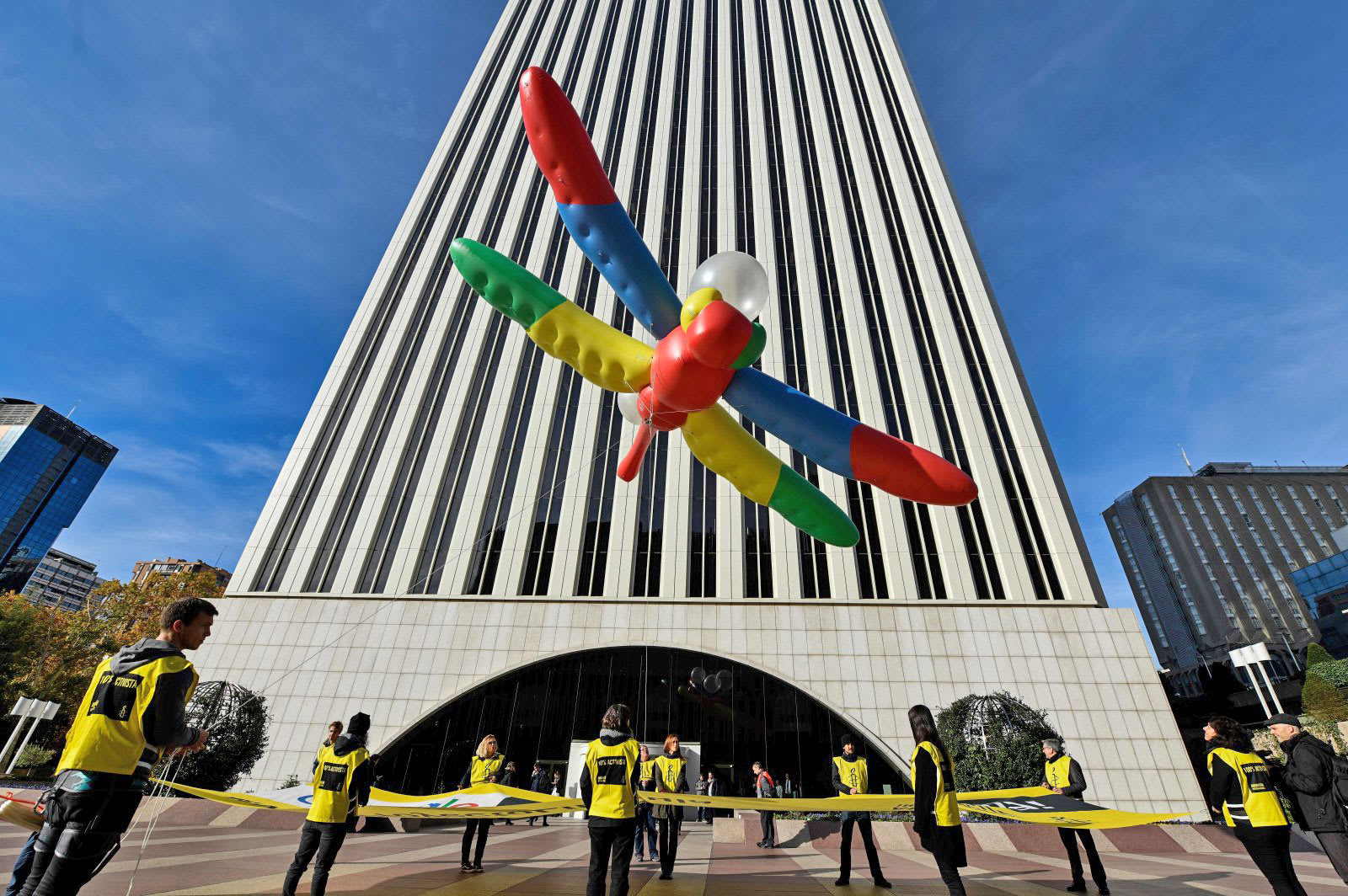 Most visible amid Google employee rancor is a statement and petition they posted to Medium. As of Thursday, 628 Googlers signed their opposition to project Dragonfly. "We are Google employees and we join Amnesty International in calling on Google to cancel project Dragonfly, Google's effort to create a censored search engine for the Chinese market that enables state surveillance," they wrote.

We are among thousands of employees who have raised our voices for months. International human rights organizations and investigative reporters have also sounded the alarm, emphasizing serious human rights concerns and repeatedly calling on Google to cancel the project.

... Many of us accepted employment at Google with the company's values in mind, including its previous position on Chinese censorship and surveillance, and an understanding that Google was a company willing to place its values above its profits. After a year of disappointments including Project Maven, Dragonfly, and Google's support for abusers, we no longer believe this is the case.

Engadget reached out to Google regarding project Dragonfly and its context within China's increased surveillance measures but did not receive a response before publication.

When news about Dragonfly was made public in August, Google CEO Sundar Pichai told press that the company was "not close to launching a search product" in China. Yet when Pichai spoke at the Wired 25 Summit in October, he confirmed the product, doubled-down on standing by it and bragged about how well its testing was going. Which, in a miraculously darker timeline, could inspire a Valley version of "American Psycho."

"It turns out we'll be able to serve well over 99% of the queries," Pichai told the Summit attendees. "There are many, many areas where we would provide information better than what's available," the he added. "It's a wonderful, innovative market. We wanted to learn what it would look like if we were in China, so that's what we built internally. ... Given how important the market is and how many users there are, we feel obliged to think hard about this problem and take a longer-term view." He did not produce an embossed business card for the audience, but times have changed.

If you think I'm being unfair with my pointed jocularity, take a walk through what services Google's Dragonfly would perform for a country that literally banned the letter "N" from the internet this year. (The craven consonant was unpersoned "as Chinese censors battled to silence criticism of Xi Jinping's bid to set himself up as ruler for life.")

But let's get back to Google's project Drago*fly. "The special version, according to the accounts of those who have seen the initial prototype," explained The Independent, "would work like the normal version of Google but cut out any problematic words or websites. Wikipedia would be inaccessible, for instance, with a little note making clear that some sites have been banned being visible in its place." 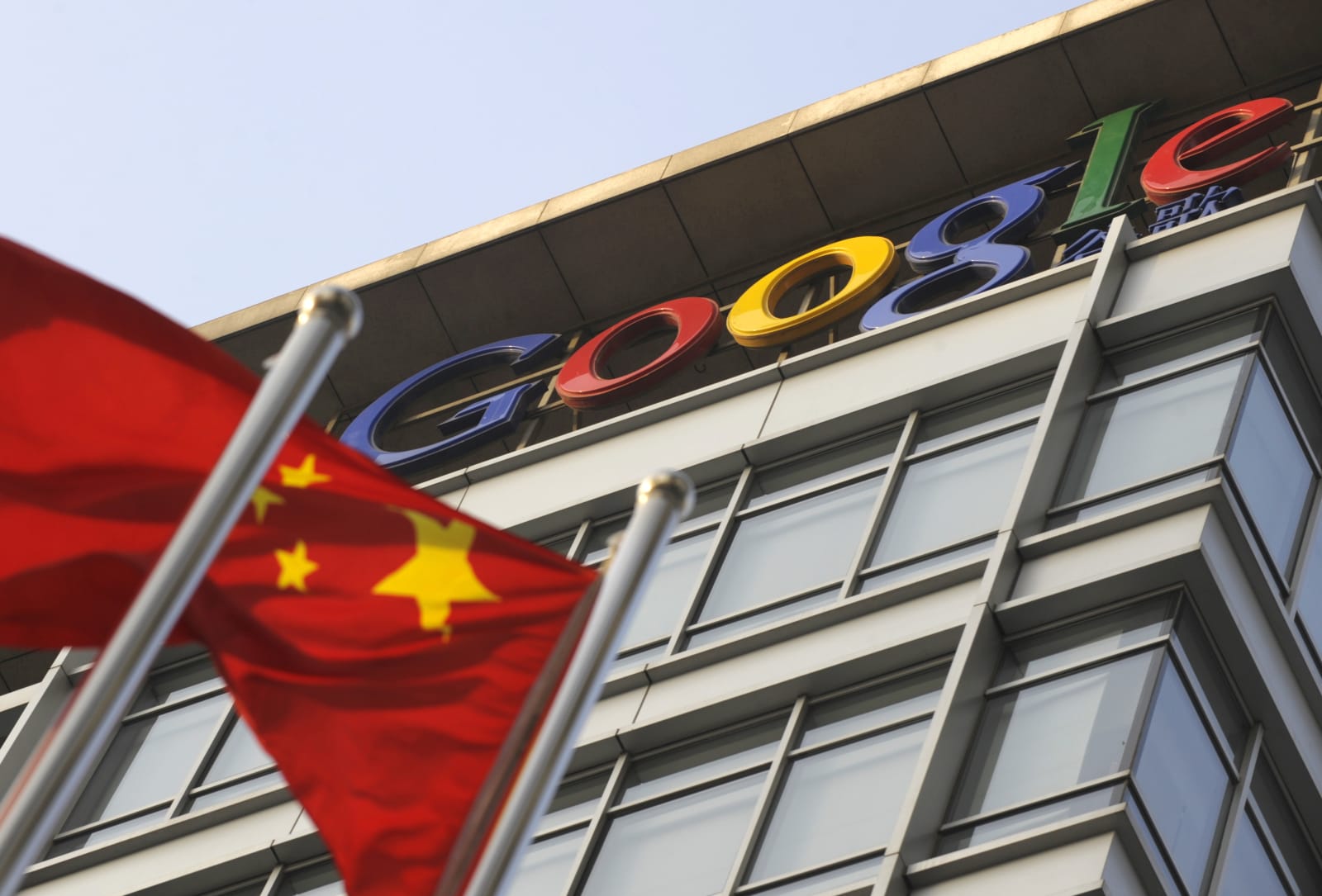 Yet Dragonfly wants to do China's newly-aggressive, tech-enabled crackdown on its citizens one better.

"This includes information on free speech, current affairs and political opposition, plus historical references to specific events (such as the 1989 Tiananmen Square massacre) and books that negatively feature authoritarian governments," Engadget reported. Right now, Baidu is China's most popular search engine, followed by Shenma and 360 Search. Baidu is known as the most restrictive online censor in search, period -- but is apparently so bad at actual search that some say even a horribly censored version of Google would be better than Baidu.

"This will cover Google's entire platform," we discovered, "including images, spell check and suggested search features."

Intercept reported from a leaked confidential memo that in 2016 Dragonfly was originally "developed as an app for Android and iOS devices, and would link people's search records to their personal cellphone number and track their location."

That's the thing. The Economist's May article "China has turned Xinjiang into a police state like no other" reported that the population currently being put into camps are mapped and tracked "street by street and phone by phone ... they are told to turn on their smartphones and punch in the passwords. They give the phones to a policeman who puts the devices into a cradle that downloads their contents for later analysis."

Maybe when Google started Dragonfly, it didn't seem as bad an idea to help China surveil and oppress its citizens by making them neat-o, Silicon Valley disruption tools. The UN didn't take a formal stand against the country's "re-education" camps for an estimated 2 million Uighur Muslims (where they're waterboarded and forced to chant "long live Xi Jinping") until August — when we first heard about Dragonfly.

Nah, it was always bad. If Google doesn't directly address how Dragonfly won't facilitate putting ethnic minorities into torture camps for ethnic cultural cleansing, then their hands could be as dirty as Facebook's in Myanmar.