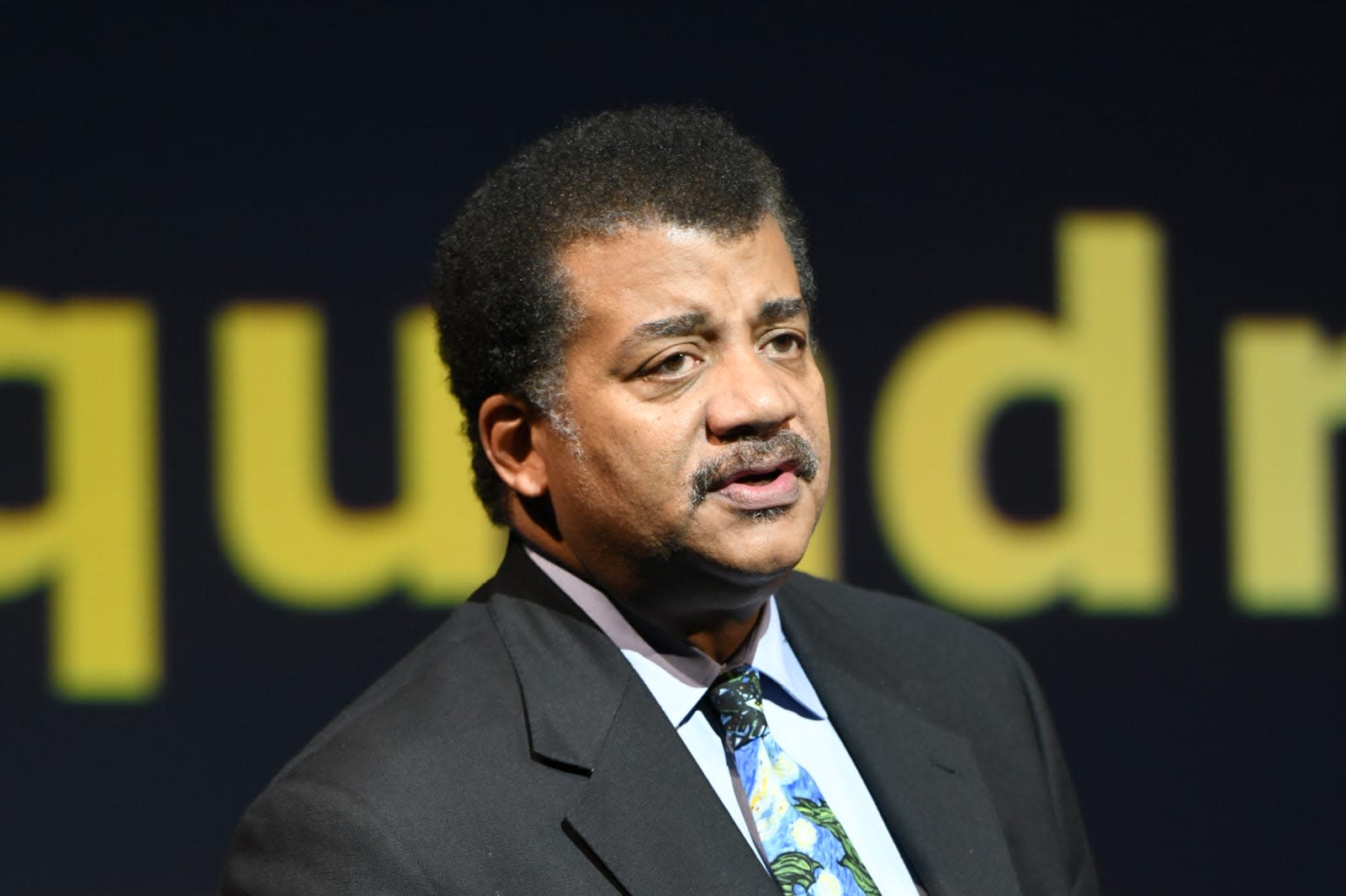 Astrophysicist and Cosmos host Neil deGrasse Tyson is facing investigations by Fox, National Geographic and show producers in the wake of fresh claims of sexual misconduct. The two networks told Hollywood Reporter in a statement that they were "reviewing" allegations from two women in a Patheos story who accused deGrasse Tyson of groping and making unwanted sexual advances. The Cosmos team, meanwhile, said they would embody the philosophy of the show and "follow the evidence wherever it leads" with its investigation.

One accuser, physics and astronomy professor Katelyn Allers, said deGrasse Tyson groped her at a 2009 American Astronomical Society meeting in what she characterized as "creepy behavior" rather than assault. The other, former assistant Ashley Watson, has claimed that deGrasse Tyson tried to convince her to have sex and made unwelcome remarks. She said she quit her job due to the overtures.

In 2014, Tchiya Amet had accused deGrasse Tyson of drugging and raping her.

There's no guarantee the allegations will lead to any action against deGrasse Tyson. If investigators find that the claims have merit, however, it's safe to say this will have a lasting impact on any victims, the broader astrophysics community and Cosmos' expected return to TV in 2019.

Update 12/2 9:07AM ET: DeGrasse Tyson has offered a lengthy response. He accounted for all the events differently and suggested that he hadn't meant anything sinister in the two most recent incidents, although he acknowledge that he could have made the women uncomfortable. As for the rape accusation, he noted that he also dated Amet only briefly and that her allegation came from an "assumption" of what happened on a night she didn't remember. At the same time, DeGrasse Tyson welcomed an investigation and stressed that people shouldn't simply believe him at face value. "Evidence always matters," he said, and it's just his word versus theirs so far.

In this article: astrophysics, av, cosmos, entertainment, fox, nationalgeographic, NeilDegrasseTyson, sexualassault, sexualharassment, sexualmisconduct, television, tv
All products recommended by Engadget are selected by our editorial team, independent of our parent company. Some of our stories include affiliate links. If you buy something through one of these links, we may earn an affiliate commission.
Share
Tweet
Share