Starting an auto launch event with a dancing car is... odd. Apparently, the new 2020 Mercedes GLE is a slave to the rhythm. But the tech behind the groovin' GLE revealed in front of a San Antonio hotel has real-world uses that don't involve entertainment.

The new Mercedes GLE (starting at $53,700) looks like any other SUV refresh, but under its attractive new design is a vehicle crammed with features that include the new MBUX infotainment system and the impressive E-Active Body Control suspension that makes cornering... weird but better. Oh and that "dancing," it'll actually help you get out of a sand pit.

A new suspension system controls each wheel's spring and dampening force independently. It's how the car is able to dance. That demo I mentioned -- while weird -- was a good representation of what E-Active Body Control can do. Inside the vehicle, you can recreate that dance by actuating the height of each corner of the GLE in real time. Helpful while offroad and one tire is stuck in a ditch.

The real fun comes when you put the vehicle in off-road mode and turn on the rocking feature. It essentially bounces the SUV up and down. This is for when the car is stuck in sand or soft dirt and compresses the terrain giving the vehicle more traction to free itself. Sadly, Mercedes didn't have a sandpit for us to try this feature in, instead, I just pulled over to the side of the road and tried it until I stopped giggling.

The thing is, I've actually used this method as a teenager to help my friends get their trucks unstuck from mud, sand and even snow. It worked then and I'm sure it will probably work without a bunch of teenagers bouncing up and down in the back of a pickup. At least there will be less of a chance of falling out of the vehicle.

One suspension trick you can't pull off with a group of friends is the new Curve feature. When you go around a corner the vehicle actually leans into it. Like everything else with the new E-Active Body Control suspension, it's weird at first. But, after about an hour, you miss it once you turn it off. It's not available in Sport mode, so it's not really built for aggressive driving, but for cruising, it reduces how much the passengers lean while the car corners.

You can push the GLE in Sport mode and it'll deliver superior handling for a car of its size. Cornering is tight and body roll (if you don't have Curve mode enabled) is kept to a minimum. The all-wheel-drive 4Matic system does a good job keeping you on the road, but I did encounter some understeer (the front wheels turn but the car continues straight). 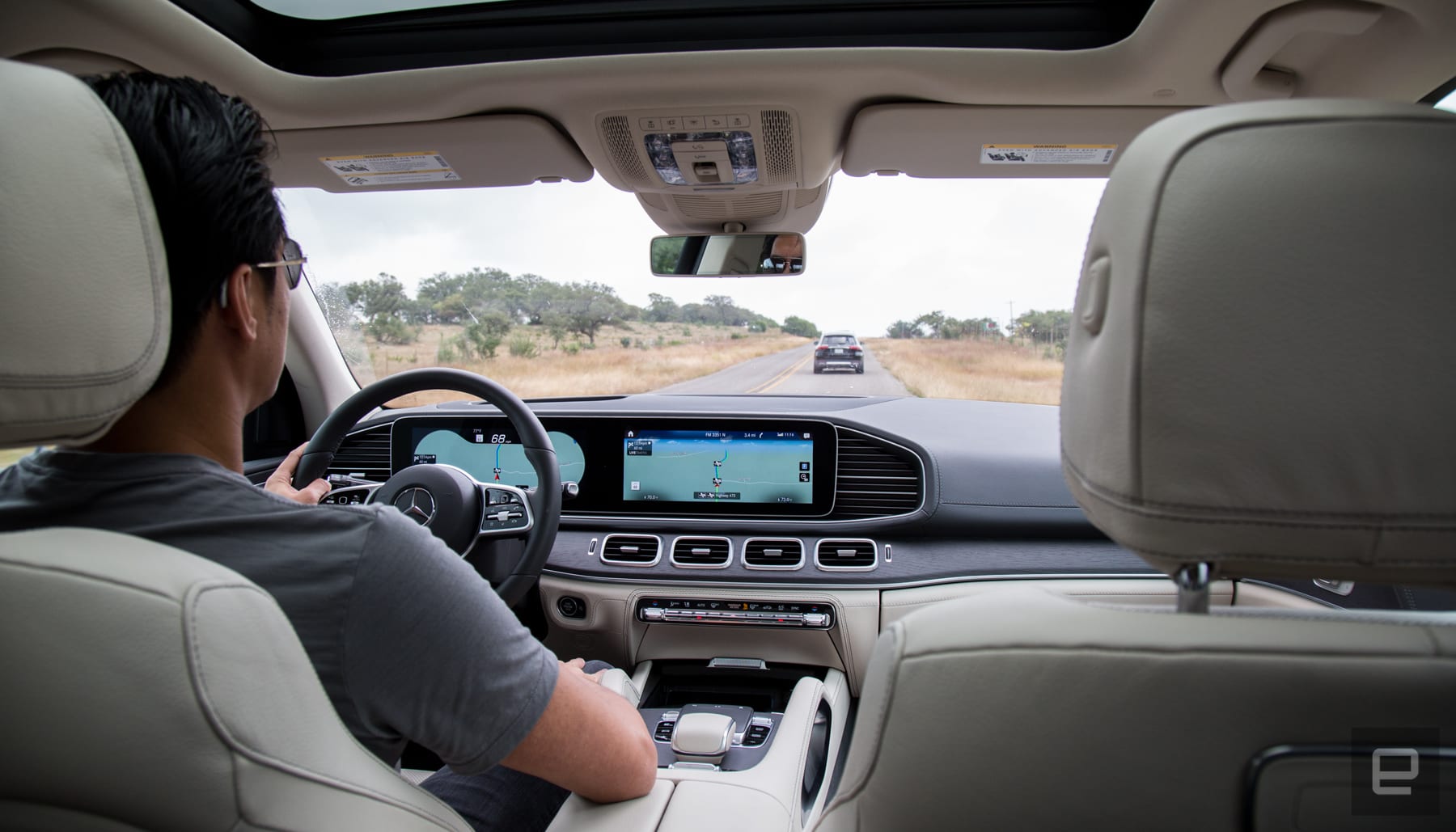 Inside, the GLE's 12.3-inch beautiful display houses the new MBUX infotainment system. I'm happy to report that it feels more responsive to voice commands than the pre-production A-Class I drove a few months back. I was already happy with MBUX in the A-Class, if this is what a few months of fine-tuning does to make it better, other automakers might want to take heed and see what Mercedes is doing.

The dash cluster is equally stunning, with its own 12.3-inch display showing off a myriad of different design modes and options. Mercedes also dropped a huge HUD (Heads up display) into the car. Within it you can add, well, frankly too many things. If you keep it simple, it's great, if you go overboard, it gets far too cluttered for driving in anything other than a long-boring highway straightway.

That tedious freeway could also be suited to the updated Advanced Driver Assistance System. The stop and go feature is more effective than others, thanks to the car-to-x communications for traffic jam assist -- which alerts the vehicle that there's traffic up ahead and primes it for the gridlock. Like the S-Class, it supports the ability to adjust the speed of the adaptive cruise control to what Mercedes deems safe around corners. Also, like the S-Class that speed is usually way slower than I would take a corner and seems overly cautious to me.

Mercedes also added active lane change. When the driver assistance system is up and running with adaptive cruise control and lane-keep assist, tap the blinker to move into the next lane (if it's deemed safe by the vehicle). It worked well during my tests and like Route-Based Speed Adaptation is very cautious. Unlike my concern about speed, I'm happy to have the car act less aggressive when dealing with traffic. 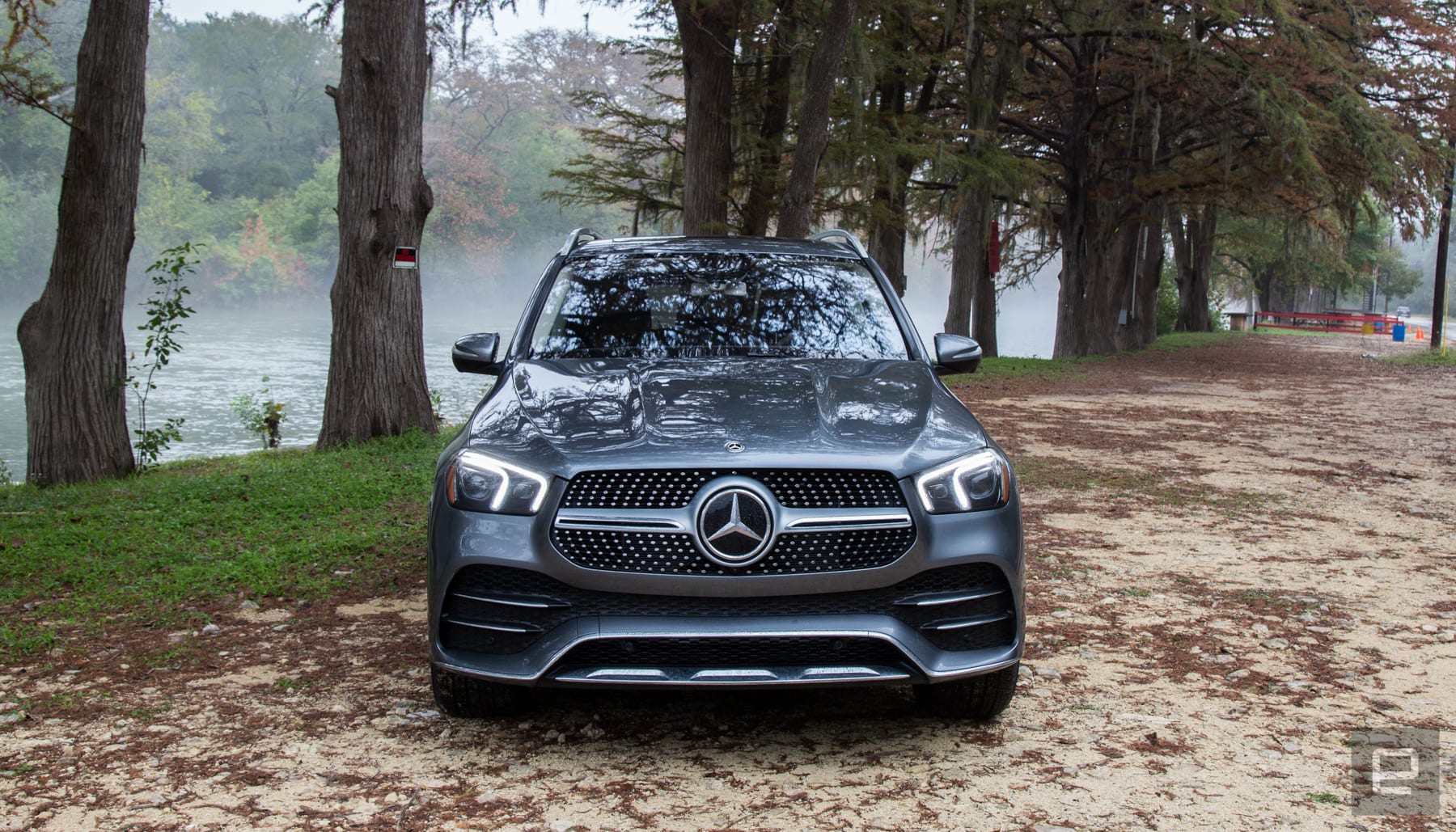 Once you get away from the soul-draining traffic of the city, the GLE is a happy cruiser if you opt for the GLE 350 with the 2.0 Liter Inline-4 turbo that puts out 255 horsepower and 273 foot-pounds of torque. If you want to kick up some dust, then the inline-6 GLE 450 (starting at $61,150) with 362 horsepower and 369-foot-pounds of torque is probably more your speed. Yes, the 450 is more fun, but if a majority of your driving is in town where a six-cylinder engine is constrained, you're probably better off the 350.

The GLE 450 also gets an additional 21 horsepower from the EQ boost system. A small electric motor and battery that add a little bit of oomph and can potentially shut off the engine in certain driving conditions.

At its core, the new GLE is a good SUV made better. Handling is improved and it feels like Mercedes did more than tweak a few things under the hood. While driving and riding in the passenger and rear seats, the experience was the luxurious Mercedes ride you've come to expect. Massaging seats, cushioned headrests and a refreshed dash layout that, at first glance, I wasn't sure about -- but it grew on me once I actually got in the car. 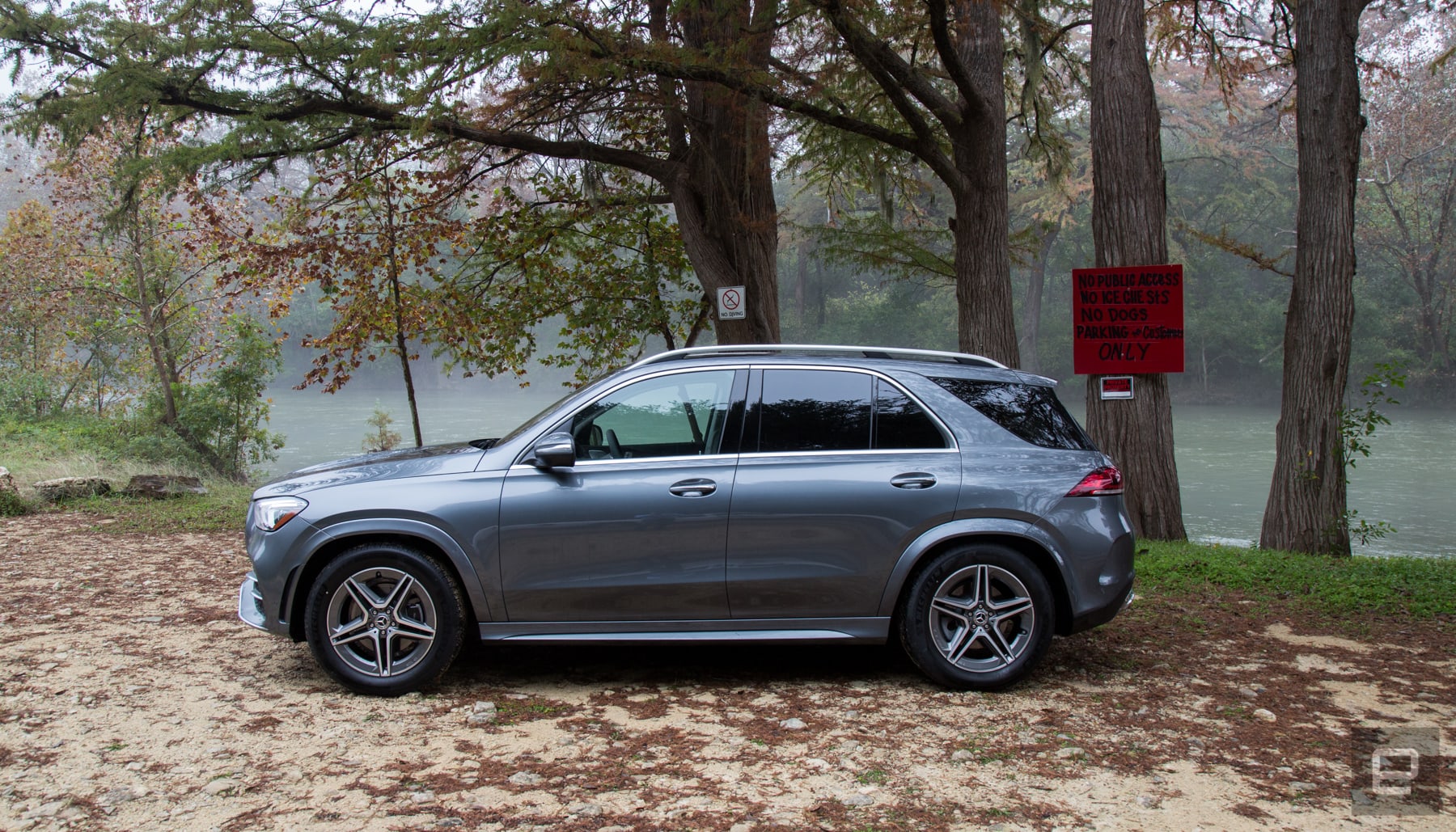 That's the magic of this SUV. All of these suspension features and the tweaked design seem a little weird. Then you get in and drive and it's like, "ohhhh this is great." You can't ask for much more than that from an updated SUV.

All products recommended by Engadget are selected by our editorial team, independent of our parent company. Some of our stories include affiliate links. If you buy something through one of these links, we may earn an affiliate commission. All prices are correct at the time of publishing.
Mercedes’ GLE sports impressive suspension technology
4matic
business
design
gadgetry
gadgets
gear
gle
gle350
gle450
mbux
mercedes
review
suv
transportation