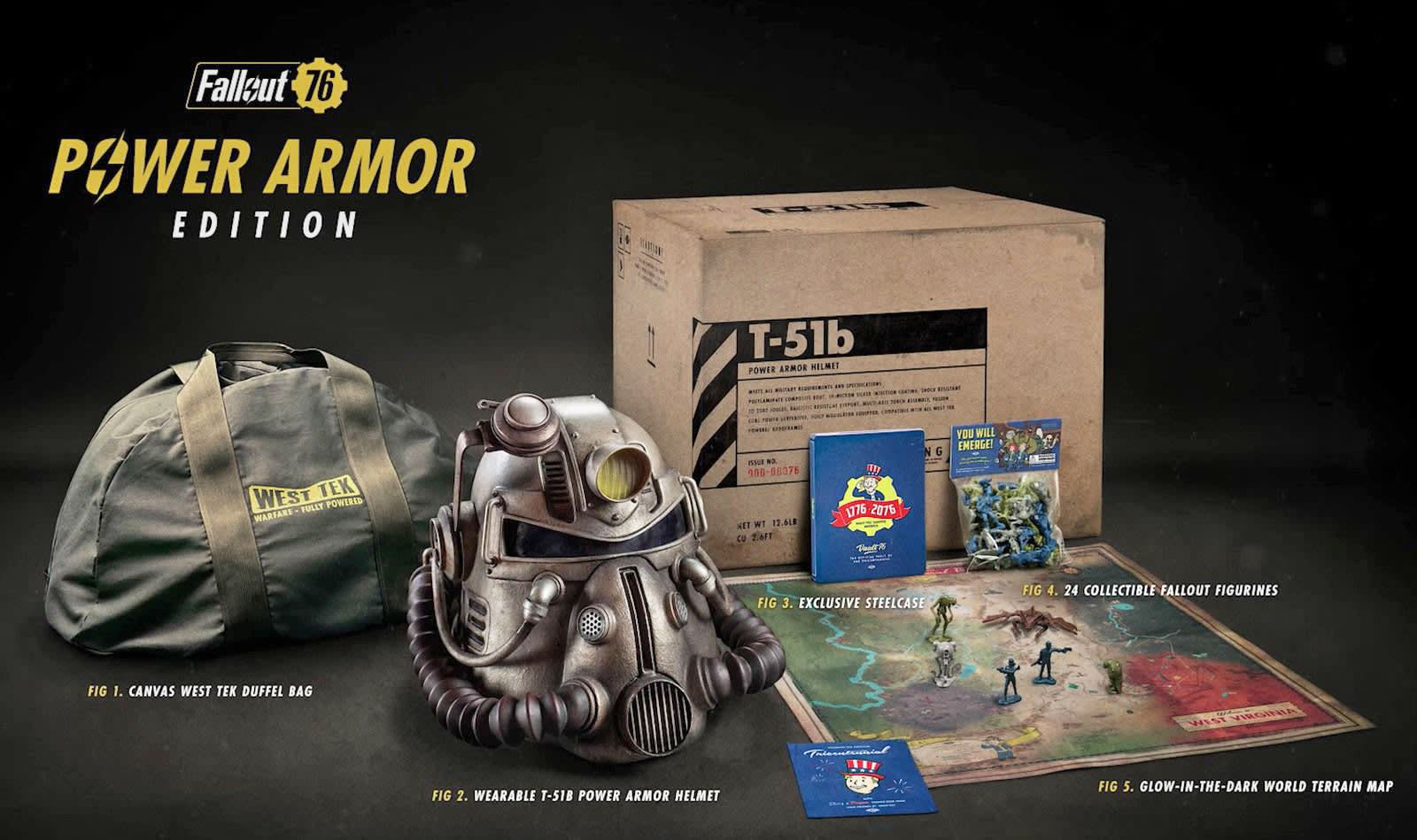 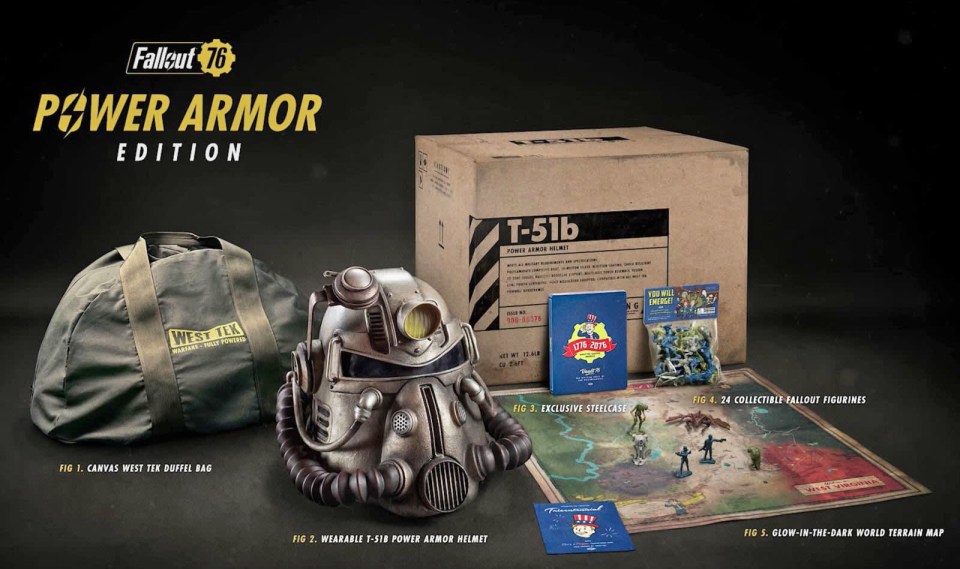 Among all of its other issues since launch, some of the most dedicated Fallout fans ran into a surprising issue with their $200 "Power Armor Edition" box for Fallout 76. Despite promo materials that promised a "West Tek Canvas Carrying Bag" for the included wearable T-51 helmet, what arrived was a much more cheaply-built nylon bag. Bethesda tried to apologize by granting players 500 atoms (in-game currency worth about $5) last week, but now it's going to live up to the advertisement -- even if it's a bit late.

In a tweet, Bethesda announced it's "finalizing manufacturing plans for replacement canvas bags" and said Collector's Edition purchasers should fill out a ticket by the end of January. There's no ship date specified for the bags, but at this point we just want to see something delivered that is more like what gamers thought they were getting. If they're at all disappointed by the game itself that could be a more complicated fix, but another update is rolling out today with balances, fixes and expanded stash storage. In good news for console players, while it's still a larger patch than the one for PC at 3GB vs. 36MB, at least it won't mean reinstalling the entire game (this time).

Unfortunately, due to unavailability of materials, we had to switch to a nylon carrying case in the Fallout 76: Power Armor Edition. We hope this doesn't prevent anyone from enjoying what we feel is one of our best collector's editions.

We are finalizing manufacturing plans for replacement canvas bags for the Fallout 76: Power Armor Edition. If you purchased the CE, please visit https://t.co/S5ClEZuQrx and submit a ticket by Jan. 31, 2019. We'll arrange to send you a replacement as soon as the bags are ready.

Looks like canvas bags are on the way from r/fo76

In this article: av, bethesda, CollectorsEdition, fallout, fallout76, gaming, wearables
All products recommended by Engadget are selected by our editorial team, independent of our parent company. Some of our stories include affiliate links. If you buy something through one of these links, we may earn an affiliate commission.