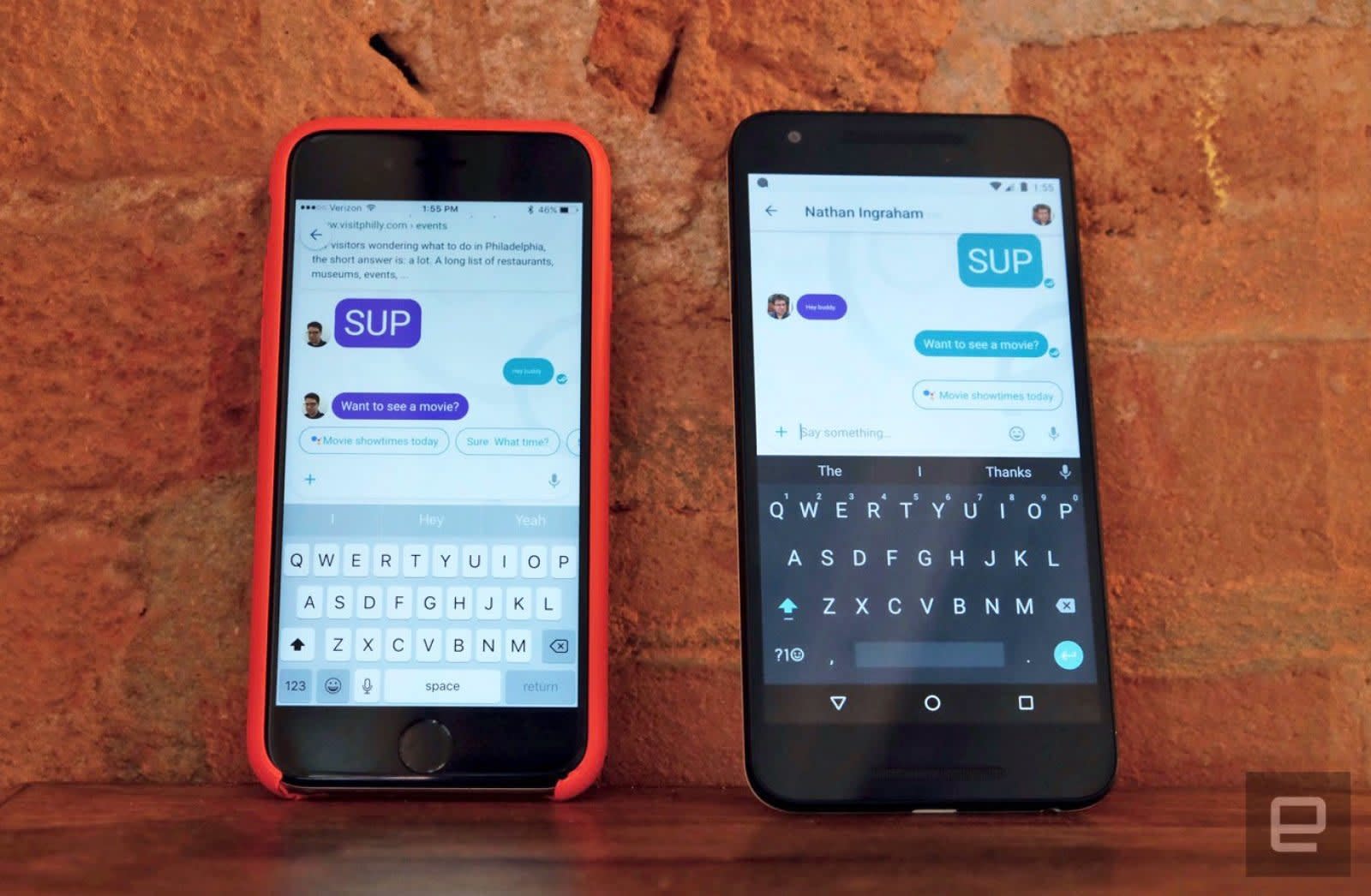 The 'classic' version of Hangouts might not be the only Google chat service on the chopping block. A source talking to 9to5Google claims the company will shut down Allo "soon." While the apparent insider didn't explicitly say why it would switch off the messaging service, it's most likely due to both shifting priorities at the company and a general lack of interest.

Virtually the "entire" Allo team has reportedly moved on to Android Messages, and division lead Anit Fulay jumped ship for Facebook in January. There hasn't been much work on Allo since the company said it was "pausing" development earlier in 2018. Moreover, it's relatively unpopular by internet standards. There were less than 50 million users of April. While that sounds like a lot, it pales in comparison to the roughly 1.5 billion WhatsApp users at the end of 2017 -- and Facebook Messenger wasn't far behind at with 1.3 billion that fall.

We've asked Google for comment. It previously objected to the rumor of classic Hangouts shutting down, but the core of that story was ultimately proven true -- Google is moving Hangouts users to another app. And if this report is correct, the company might delay the Allo shutdown news due to the "backlash" from the Hangouts story. Even if Allo survives, though, it's evident that Google is consolidating its messaging plans.

In this article: allo, android, chat, gear, google, internet, ios, messaging, mobile, web
All products recommended by Engadget are selected by our editorial team, independent of our parent company. Some of our stories include affiliate links. If you buy something through one of these links, we may earn an affiliate commission.