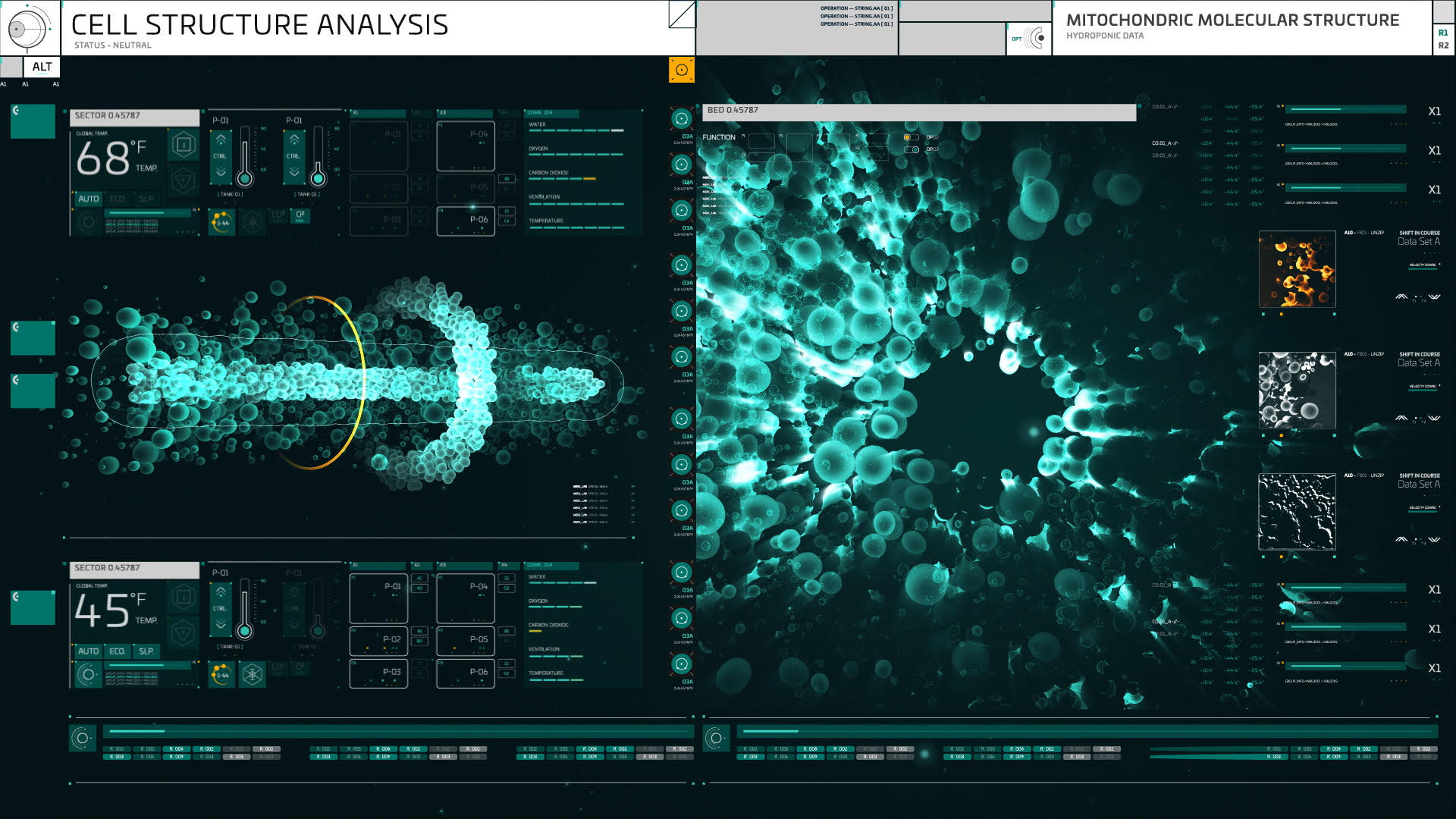 The latest adaptation of Nightflyers, a novella and short story collection written by George R. R. Martin in the 1980s, premiered on Syfy last weekend. If you're following the nightly episodes, you'll know how integral the titular spaceship, with its gloomy corridors and breathtaking habitat domes, is to the plot and mood of the show. Syfy and Universal Cable Productions paid Territory Studio, a specialist in on-set motion graphics, to shape the vessel's visual language. (The show will be coming to Netflix at a later date.) The team produced over 1,200 'screens' -- fictional interfaces that actors could see while performing -- across a broad range of sets, including medical labs, cabins and cargo bays. If you love science fiction, there's a good chance you've seen Territory's work before. The company, based in London, New York and San Francisco, has contributed to a number of blockbuster movies including Blade Runner 2049, Avengers: Infinity War, Ex Machina and Ghost in the Shell. Territory's designs are both wondrous and believable, balancing abstract elements with a clear sense of purpose and utility. Some 'screens' also have multiple states that loop or can be triggered off-set to deliver story-critical information. They provide natural light to a scene, which cinematographers love, and something real for actors to perform against.

Territory worked on set in Limerick, Ireland, with episode directors, set decorators and members of the art department. The team had to adapt and, sometimes, create entirely new screens to reflect the changing vision for the show. Territory also shared its assets with a visual effects company in Spain for any last-minute alterations. Generally, though, the screens in the show were captured through a lens and not added in post production.

Nightflyers is being shown on Syfy at 10pm ET, Sunday through Thursday, until December 13th. It will be available on Netflix at a later date.

In this article: art, design, entertainment, georgerrmartin, GFX, netflix, nightflyers, SYFY, territorystudio, thebigpicture, thenewbigpicture, tomorrow, VFX
All products recommended by Engadget are selected by our editorial team, independent of our parent company. Some of our stories include affiliate links. If you buy something through one of these links, we may earn an affiliate commission.