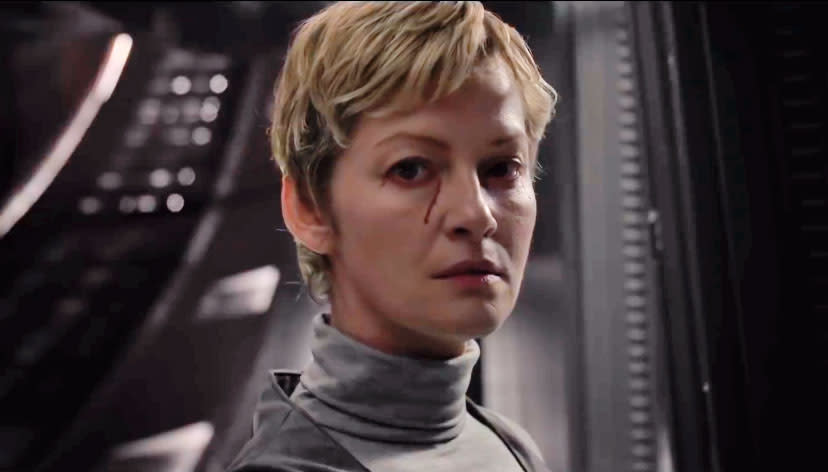 Syfy is set to release its 10-episode Nightflyers series in December, and it's going to make sure you can watch it quickly and easily. The first episode will drop Sunday December 2nd, and episodes two through five will follow daily through Thursday, December 6th. Episodes six through 10 will air between Sunday and Thursday the following week. Additionally, Syfy is also releasing each episode across all of its platforms when they broadcast on TV, and you'll be able to catch the first two for free even if you don't have a cable log-in.

While Syfy holds the streaming rights to Nightflyers, it didn't for another one of its series, The Expanse. And that was likely a death sentence for the show. With only the rights to the first-run live airings, Syfy lost out on the benefits that come with digital sales and online streaming. And it ended up cancelling the series after three seasons earlier this year. With Nightflyers easily accessible online, it might be set up better for the long run. Netflix is also co-producing and holds the first-run rights outside of the US.

Nightflyers, based on a George R.R. Martin novella, takes place in 2093, and it centers on a group of scientists that go off in search of other life forms aboard the The Nightflyer. Of course, things don't go so well for the crew. "Nightflyers is a haunted house story on a starship," said Martin about the story. "It's Psycho in space."

You can check out the trailer below.

In this article: av, entertainment, georgerrmartin, netflix, nightflyers, nycc, Syfy, video
All products recommended by Engadget are selected by our editorial team, independent of our parent company. Some of our stories include affiliate links. If you buy something through one of these links, we may earn an affiliate commission.