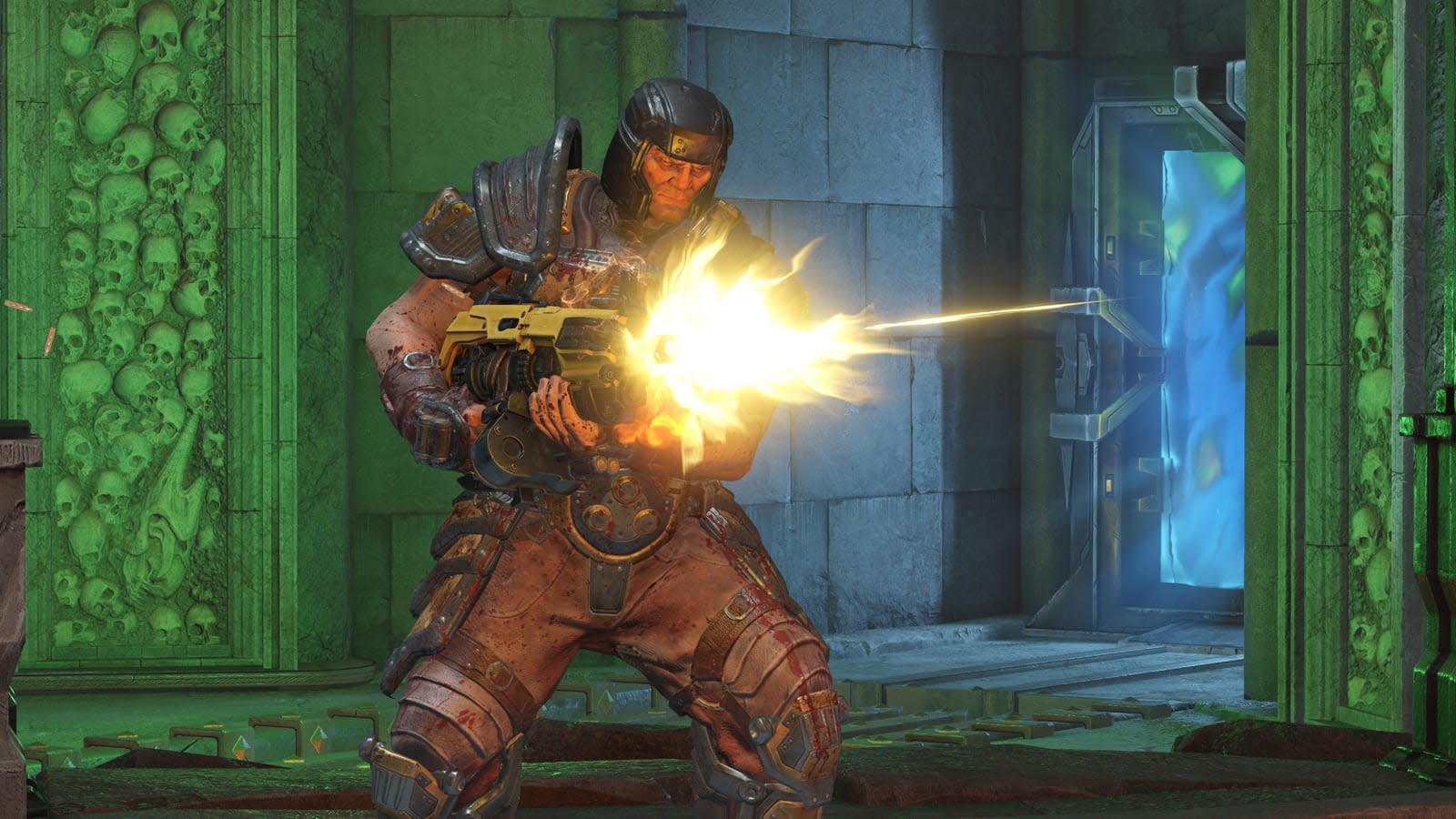 Even the developers of a back-to-basics shooter like Quake Champions can't resist the siren's call of Fortnite's business model, it seems. Bethesda and id Software are rolling out a December update that introduces a "totally new" progression system for the competitive multiplayer game, including a familiar-sounding paid Battle Pass that will arrive on December 20th. Champions is still free to play, but paying for a Battle Pass each season unlocks more items than you'd otherwise get and is more likely to include genuinely new items. Paying users will also get an "immediate" bonus item, and will see additional weekly challenges that promise more rewards.

The Battle Pass will cost 1,000 Platinum (about $10, if you're paying outright). You can also pay to advance levels for 200 Platinum (about $2) if you're just that impatient. You can also expect significant changes to the existing progression system. You'll no longer earn new Backpacks or Chests, for instance, and id is adjusting free-to-earn Shards so that they'll unlock items and new characters.

The update won't just revolve around economics. The creators are reviving Capture the Flag after a long absence in the Quake franchise, and there's a new CTF-focused map (Citadel) launching at the same time.

Champions' progression change isn't surprising. The game has been free-to-play for a while, but you've typically had to pay if you wanted to unlock many of the fighters (you could also pay to unlock all of them at once). A Fortnite-like Battle Pass not only provides a steadier stream of money for the developers, it gives you an incentive to keep playing. With that said, not everyone is happy -- there are concerns among players that the team is more interested in ways to monetize the game than addressing technical issues and adding more raw content.

In this article: av, bethesda, games, gaming, idsoftware, personal computing, personalcomputing, quake, quakechampions, video, videogames
All products recommended by Engadget are selected by our editorial team, independent of our parent company. Some of our stories include affiliate links. If you buy something through one of these links, we may earn an affiliate commission.