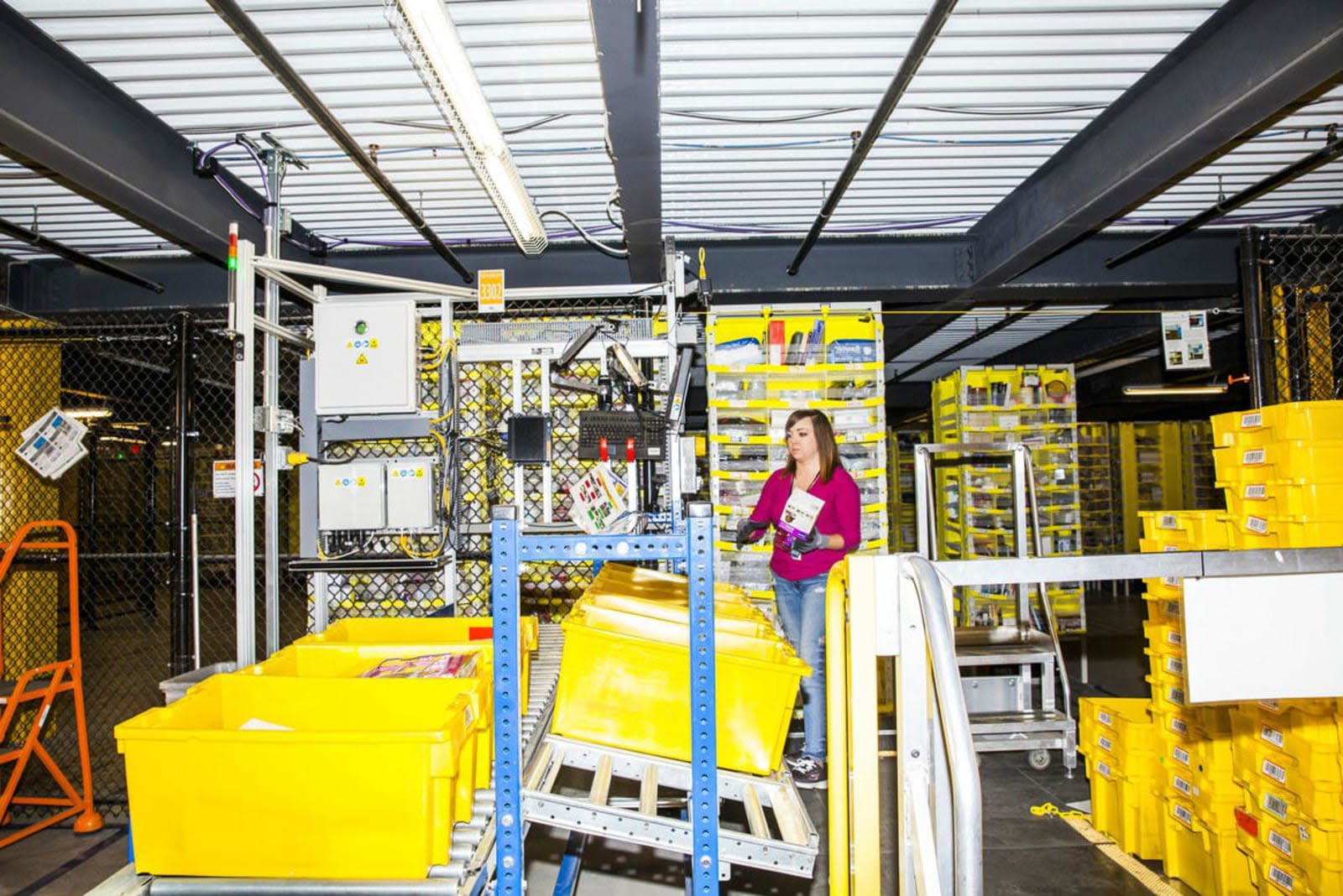 An Amazon robot tore open a can of bear repellant at the company's New Jersey warehouse on Wednesday, hospitalizing 24 workers. One employee is in critical condition, according to ABC News, while 30 others were treated on the scene. The 1.3-million-square-foot Amazon fulfilment center in the town of Robbinsville, New Jersey, employs more than 3,000 people.

A preliminary investigation determined that the bear repellant, which is like pepper spray for aggressive or charging bears, fell off a shelf. But a spokesperson for Robbinsville Township further clarified that an automated machine punctured the 9-ounce can, releasing its toxic fumes. Amazon sells different types of bear repellant on its online shopping site.

In a statement released Wednesday evening, Amazon said that all of the sick employees were "expected to be released from the hospital within the next 24 hours." It added: "The safety of our employees is always our top priority and a full investigation is already underway. We'd like to thank all of the first responders who helped with today's incident."

Amazon employs a mixture of Robo-Stow arms and vision-based robots, among other machines, at its facilities. The droids assist with everything from moving smaller goods around a warehouse to unloading stock from trailers. It also holds an annual robotics challenge designed to showcase automated solutions to the challenges it faces in its fulfilment centers.

Amazon has repeatedly come under fire for working conditions at its warehouses. Earlier this year, the advocacy group the National Council for Occupational Safety and Health put it on a "Dirty Dozen" list of the most dangerous places to work in the US. And just last month, a 50-foot wall at the company's southeast Baltimore fulfillment center collapsed in the midst of a large storm, killing two people -- though that incident was due to extreme weather, rather than safety mishaps.

Experts claim collaborative industrial robots are ushering in safer work environments, noting that they can help prevent injuries or adverse health effects such as musculoskeletal disorder. But, like humans, they can make mistakes -- some of which have proven to be fatal. Back in 2015, a robot at a Volkswagen factory crushed a 22-year-old man to death against a metal plate. And last year, the family of a repair technician killed in a Michigan auto parts factory accident sued the three robotics companies they blamed for her death.

In this article: amazon, gear, robots
All products recommended by Engadget are selected by our editorial team, independent of our parent company. Some of our stories include affiliate links. If you buy something through one of these links, we may earn an affiliate commission.