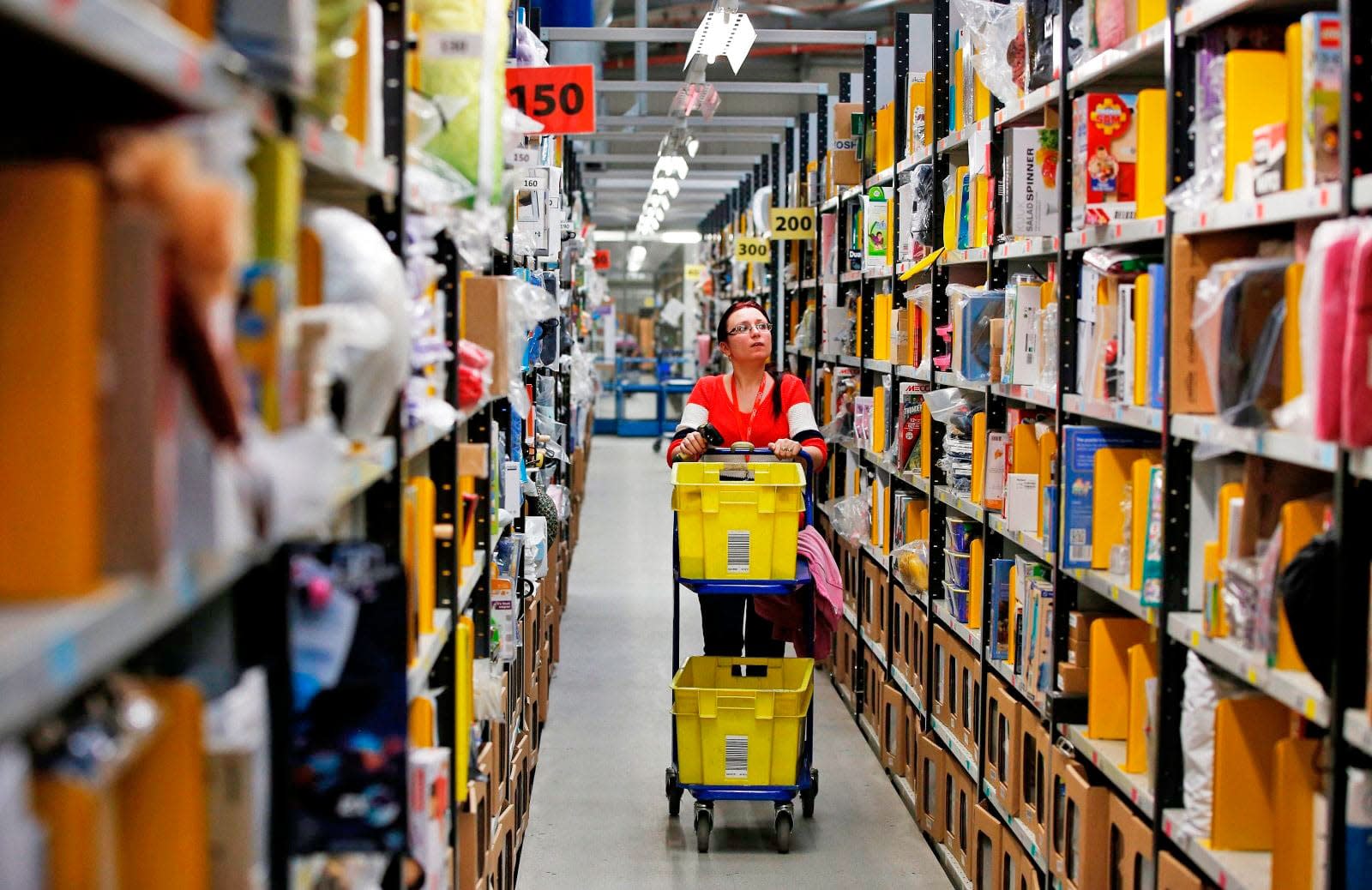 In order to fulfil its many orders in a timely fashion, Amazon employs a large number of people, and a key part to the company's order fulfillment process are pickers. These employees are the ones that pick items from fulfillment center shelves, collect them into bins and send them to packers that put them all together into boxes to be mailed out. So far, this job has been carried out by humans, but The Information reports that the company is working on robots that can do the task on their own.

According to people familiar with the work, Amazon is currently developing picker robots that can collect items and place them into bins. One person who saw a demonstration of such a device said it was able to identify items moving on a conveyor belt, pick them up with its gripper and move it to another area, like a table or shelf.

Naturally, there are concerns about what these types of robots will mean for jobs. But Amazon says, at least for now, this technology isn't yet sophisticated enough to handle all of the many items it stocks and ships. "We regularly look at our operations and evaluate how we can bring technology to create new solutions for employees," Amazon Robotics VP Brad Porter told The Information. "When it comes to using robotic manipulation for item picking, while we're encouraged by the work in the research community, the simple fact is the current state of the art is not capable of handling the diversity of Amazon's product selection." He added that humans are also more capable of responding to problems, like catching a leaking bottle of detergent before it's shipped out, for example.

Amazon has hosted competitions, in search of technology that could boost efficiency in its warehouses. But of course, it's not the only company interested in these sorts of robots. Walmart unveiled Alphabot earlier this year, a system it's testing that can collect certain items from storage and transport them to employees who package orders for delivery.

Amazon began incorporating robots into its fulfillment centers a few years ago, and of its 185 facilities, around 14 percent now host robots.

In this article: amazon, business, FulfillmentCenters, gear, picker, PickerRobot, robots, shipments, walmart
All products recommended by Engadget are selected by our editorial team, independent of our parent company. Some of our stories include affiliate links. If you buy something through one of these links, we may earn an affiliate commission.