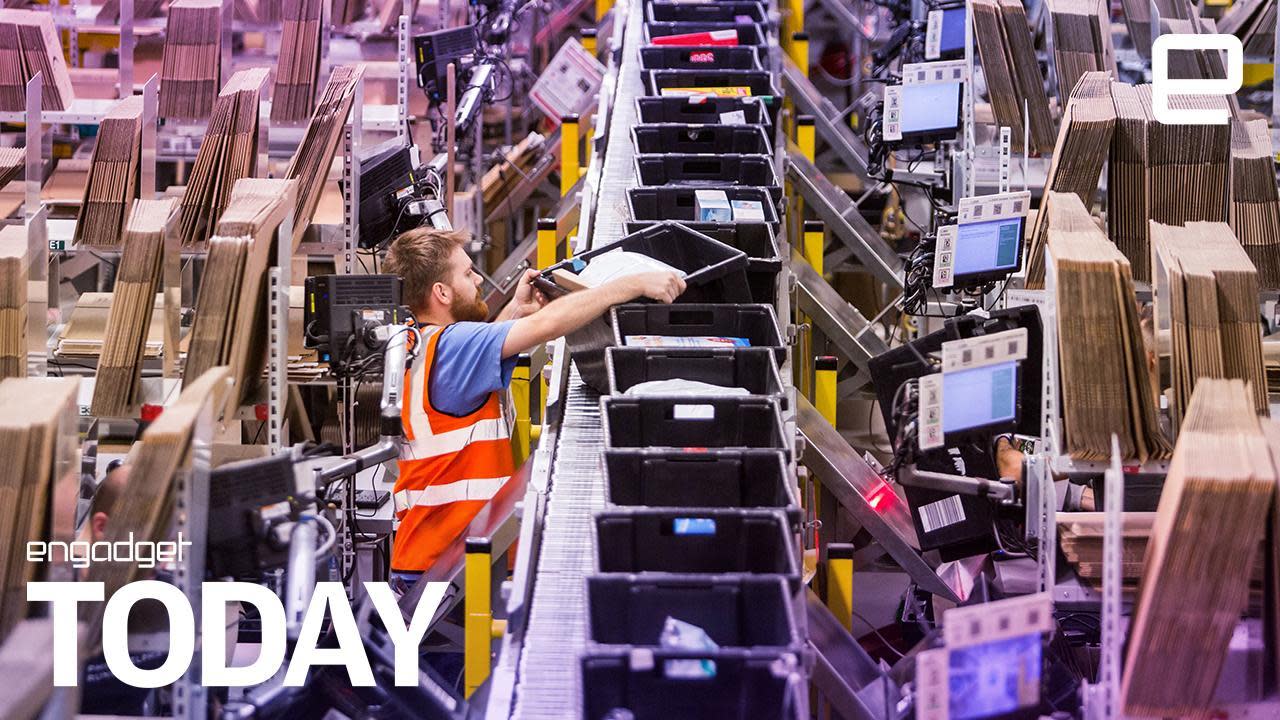 Amazon has announced that it will increase its minimum wage to $15 for all of its employees, starting November 1st. The company says that the move will benefit 250,000 staffers, as well as up to 100,000 part-time, temporary and agency workers hired during busy periods. Wage increases will also be implemented at Amazon's subsidiary businesses, including Whole Foods and Zappos. Other, stock-based compensations are being withdrawn to offset the changes, but 401k matching and healthcare benefits are unchanged.

In a statement, CEO Jeff Bezos said that "we listened to our critics, thought hard about what we wanted to do, and decided we wanted to lead." It appears that the company is also eliminating incentive and productivity targets, and will increase the pay of those who were already making $15 an hour. Amazon has also thrown down a gauntlet to its competitors, challenging it to match its wages, and has said it will push to increase the federal minimum wage from $7.25 an hour.

An Amazon spokesperson added that "The net effect of this change and the new higher cash compensation is significantly more total compensation for employees, without any vesting requirements, and with more predictability.

Amazon's employment practices, especially for those working on the company's (numerous) front lines, have often been criticized. Warehouse workers in the UK say that they have urinated in bottles to avoid going to the bathroom and therefore be disciplined for "idle time." Others have said that they have lived in tents while working at an Amazon warehouse because they couldn't afford proper housing. Conditions caused Amazon employees to strike during Prime Day earlier this year to protest their conditions. In the UK, the company will increase payments to £10.50 in London and £9.50 outside, up from the £7.83 minimum wage.

The new Amazon $15 minimum wage will benefit more than 350k FT, PT, temp., & seasonal employees. We encourage other large employers to join us in raising starting pay & @amazon_policy will advocate for Congress to raise the fed. min. wage #Amazon15 https://t.co/VWRMiicfwK

An Amazon spokesperson added that:

"The top priority of our fulfillment center network is safety. Ensuring the safety of these associates is our number one priority. Operational meetings, new hire orientation, process training and new process development begin with safety and have safety metrics and audits integrated within each program. We are proud of safety record and thousands of Amazonians work hard every day innovating ways to make it even better.

We respect the individual rights of associates and have an open-door policy that encourages associates to bring their comments, questions and concerns directly to their management team. We firmly believe this direct connection is the most effective way to understand and respond to the needs of our workforce."

The company also came under fire for producing an anti-union video that suggested employers push back against efforts to introduce a "living wage." Not to mention the company fought Seattle's Head Tax, that would have seen its tax liability increase, albeit slightly, to offset issues around affordable housing.

An Amazon spokesperson refuted the intention of its video, saying:

In response to interpretation of the video: We're perplexed as to why someone would take issue with a company wanting to better engage its employees, train hundreds of managers to maintain an open and direct dialogue with associates, and create channels to drive innovation on behalf of the customer in a caring and inclusive environment. Soundbites were clearly cherry-picked by reporters from the video to meet an editorial objective and do not align with our view on how to create career opportunities for employees.

Worse is that Amazon employees were found to be eligible for food stamp programs because they weren't being paid enough. That has outraged lawmakers on both sides of the aisle, including Senator Bernie Sanders, who is clamoring for new laws that would prevent large, wealthy employers from taking advantage of subsidy programs. It's a point that Amazon refutes, saying that Sanders made "inaccurate and misleading accusations" about its practices.

Update, October 2nd, 2018, 7:16am ET: Responses from Amazon have been included at the request of the company.

In this article: $15, amazon, AOLoriginals, DailyShow, Employment, Engadget, EngadgetToday, EngadgetVideo, Entertainment, gear, MinimumWage, politics, Wage
All products recommended by Engadget are selected by our editorial team, independent of our parent company. Some of our stories include affiliate links. If you buy something through one of these links, we may earn an affiliate commission.