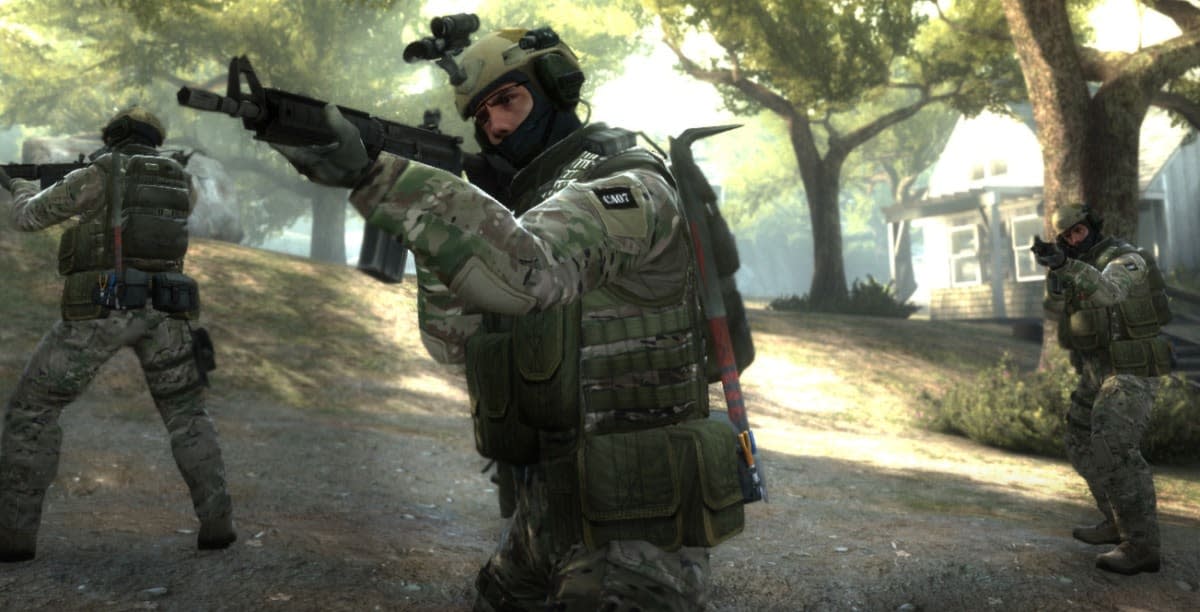 The current environment for shooting games is centered around the two tentpole features embodied by the genre's current leader Fortnite: free-to-play and battle royale mode. In an adjustment acknowledging the situation, Valve's latest rework of Counter-Strike: Global Offensive adds both elements to the game that originally launched in 2012 and a series that has been running since CS launched as a Half-Life mod 19 years ago. Mimicking Call of Duty's addition of 'Blackout' mode to the mix in this year's game, CS:GO now includes Danger Zone, with players dropping in solo, as a duo or in three-player squads to fight for survival.

PlayerUnknown's: Battlegrounds popularized the style last year and now any game without it risks being seen as stale. According to Valve, Danger Zone games should last around ten minutes, keeping the pace and action up. Whether that's your preferred style or not, the entire game is now F2P with in-game purchases supporting its economy, while existing players will immediately see their accounts updated to Prime Status. That's otherwise available as a $15 upgrade, and according to its listing: "Players with Prime Status are matched with other Prime Status players and are eligible to receive Prime-exclusive souvenir items, item drops, and weapon cases."

In this article: battleroyale, counter-strike, counter-strikeglobaloffensive, CounterstrikeGlobalOffensive, dangerzone, f2p, gaming, personal computing, personalcomputing, steam, valve
All products recommended by Engadget are selected by our editorial team, independent of our parent company. Some of our stories include affiliate links. If you buy something through one of these links, we may earn an affiliate commission.