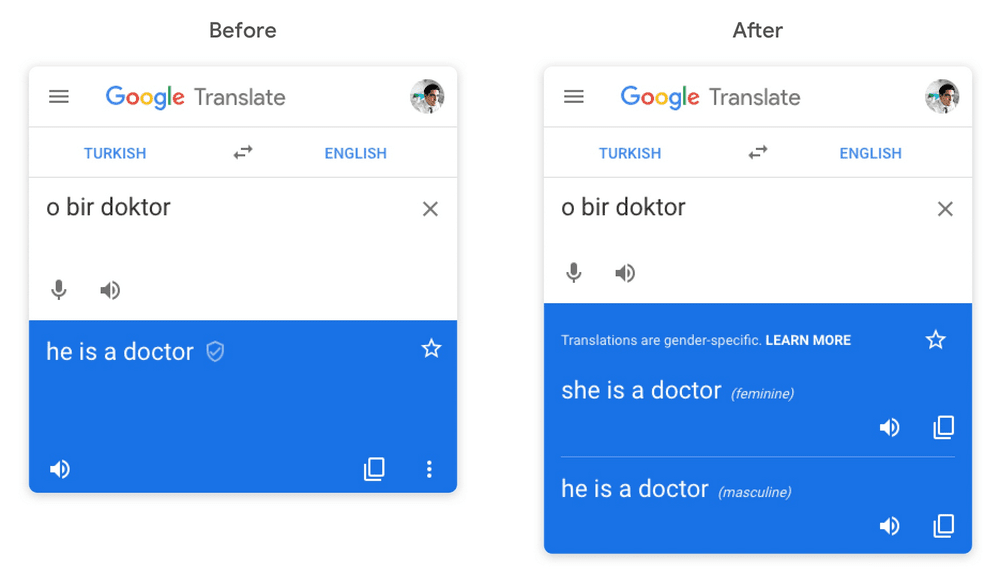 Last month, Google shared that it had left gender pronouns out of its Gmail Smart Compose feature in order to ensure there was no bias in its suggestions. Company employees said they tried other solutions to prevent gender bias but nothing worked as well as removing those pronouns entirely. Both efforts are part are of a larger move on behalf of Google aimed at being more inclusive and reducing bias in machine learning.

The company said in a blog post that it plans to extend its gender-inclusive translations to more languages as well as to its iOS and Android apps, though it didn't share a timeline on when those expansions might happen. Google added that while it's not part of this launch, it's also considering non-binary gender in translations as well.

In this article: bias, gear, gender, genderbias, google, GoogleTranslate, internet, translation
All products recommended by Engadget are selected by our editorial team, independent of our parent company. Some of our stories include affiliate links. If you buy something through one of these links, we may earn an affiliate commission.
Share
Tweet
Share