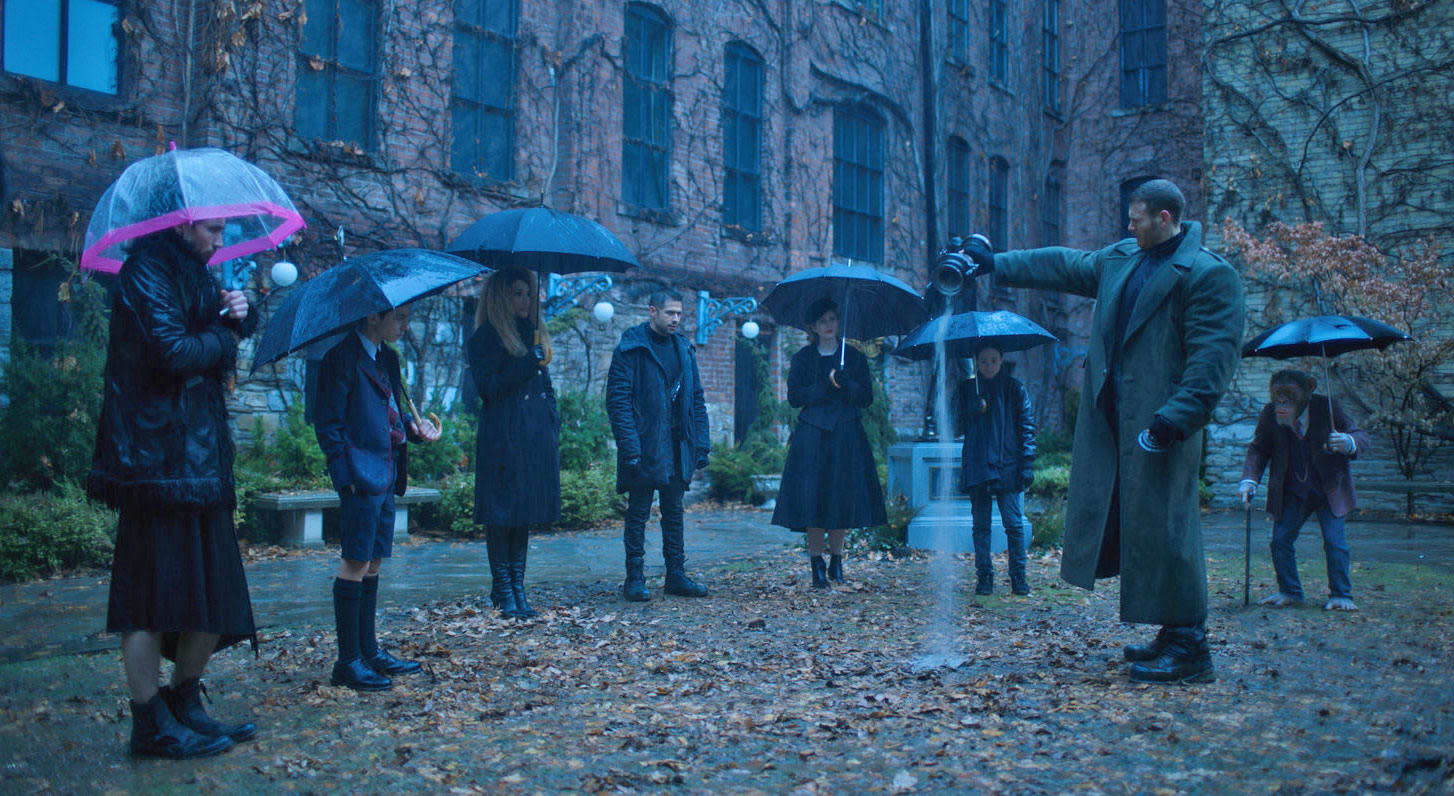 Netflix has finally taken the wraps off its adaptation of the Dark Horse comic The Umbrella Academy. The streaming service has posted a teaser trailer that both confirms the series' February 15th premiere date and offers a glimpse into its take on Gerard Way's (yes, from My Chemical Romance) and Gabriel Bá's oddball superhero show. As with the comic, the series is based on the strange premise of 43 children being born to women who hadn't been pregnant the day before, seven of which are adopted by a billionaire who trains them to save the world. When their adopted father dies, they set out to solve the mystery -- oh, and they have to prevent an apocalypse while they're at it.

You only get fleeting glimpses of what the Umbrella Academy members are up to in the teaser. However, it does emphasize the star-studded cast, including Ellen Page (who plays the only child without superpowers), Colm Feore (the billionaire), Mary J. Blige and Tom Hopper (of Game of Thrones and Black Sails fame). You can also tell that this won't be your ordinary superhero show -- not when Page's response to word of imminent disaster is to put on a pot of coffee. While the series won't have Bá's distinctive artwork, it appears that the comic's core strangeness remains intact.

In this article: DarkHorse, DarkHorseComics, ellenpage, entertainment, gerardway, internet, maryjblige, netflix, services, streaming, television, TheUmbrellaAcademy, tv, umbrellaacademy, video
All products recommended by Engadget are selected by our editorial team, independent of our parent company. Some of our stories include affiliate links. If you buy something through one of these links, we may earn an affiliate commission.