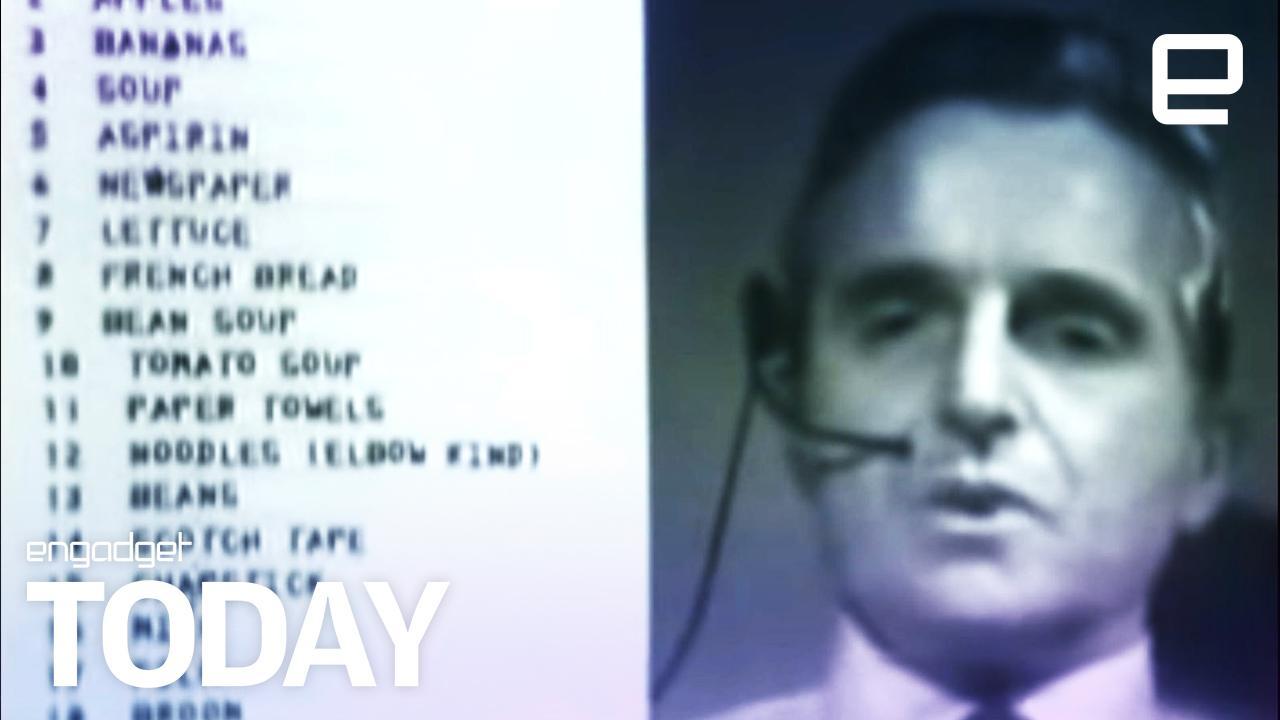 Innovation usually happens in slow, measured steps over many years, but a demo in 1968 transformed the world of personal computers in just 90 minutes. In a presentation dubbed "the mother of all demos," Douglas Engelbart showed off technology that would lead directly to Apple's Macintosh, the internet, Windows, Google Docs, the computer mouse and much, much more. The most insane part was that it happened 50 years ago in 1968, when microchips were just a gleam in scientists' eyes.

Engelbart, who died in 2013, was working at the Stanford Research Institute (SRI) at Menlo Park when he presented the demo at a San Francisco computer meetup via video conference. That alone was an impressive technical feat (showing what was essentially the first version of Skype), but what was to come in the next 90 minutes changed things forever.

"If in your office, you as an intellectual worker, were supplied with a computer display backed up by a computer that was alive for you all day and was instantly responsive to every action you have, how much value could you derive from that?" Engelbart asked. "Well, this basically characterizes what we've been pursuing for many years in what we call augmented human intellect research center at the Stanford Research Institute."

The entire demonstration was performed live, to show rather than just talk about the technology and prove that computers could actually be "responsive." It was a brave move considering the state of the technology -- the team had to build their own display for around $90,000 in 1960s money. "The display driver was a hunk of electronics 3 feet by 4 feet," Engelbart added, according to a new book called "Valley of Genius." He emphasized, however, that that the Stanford team wasn't just developing the systems, but using them for their own projects.

He first used a simple grocery shopping list to show how databases could simplify everyday life by formatting and displaying information by category. From there, he laid out new forms of input control (the bitmapped screen, mouse and keyboard), showed off a way to jump from subject to subject by clicking on linked text (hyperlinks), demonstrated Google Docs-like collaboration and showed off keyword searching.

On top of that, he previewed simple linked graphics, meta tags, open-source software and ARPA, the internet's predecessor. In fact, ARPA actually paid for the demo to the tune of $175,000 at the time, about $1.2 million in 2018 money.

The Stanford team had loftier ambitions than just developing technology. Their stated goal was to "augment human intellect," improve collaboration and make it easier for individuals and teams to reach their full potential. Engelbart figured that as society became increasingly more complex, humans needed to improve their learning and knowledge as quickly as possible.

At the time, the SRI team wasn't exactly highly regarded by other computing researchers, and the coordinators of the conference where it was shown were "hesitant" about the demo. None of that discouraged Engelbart, however. "By 1968 I was beginning to feel that we could show a lot of dramatic things," he said. "I had this adventurous sense of, 'Well, let's try it then,' which fairly often ended in disaster."

It obviously didn't, and the rest is history. "It eventually fed out into Xerox PARC and then Apple to take over the world," said Engelbart's collaborator Bill Paxton. "But, at the time, Doug was a voice crying into the wilderness."

In this article: AOLoriginals, DailyShow, DouglasEngelbart, Engadget, EngadgetToday, EngadgetVideo, Entertainment, gear, Hypertext, MotherOfAllDemos, Mouse, personal computing, personalcomputing, StanfordResearchInstitute, video, VideoConferencing
All products recommended by Engadget are selected by our editorial team, independent of our parent company. Some of our stories include affiliate links. If you buy something through one of these links, we may earn an affiliate commission.