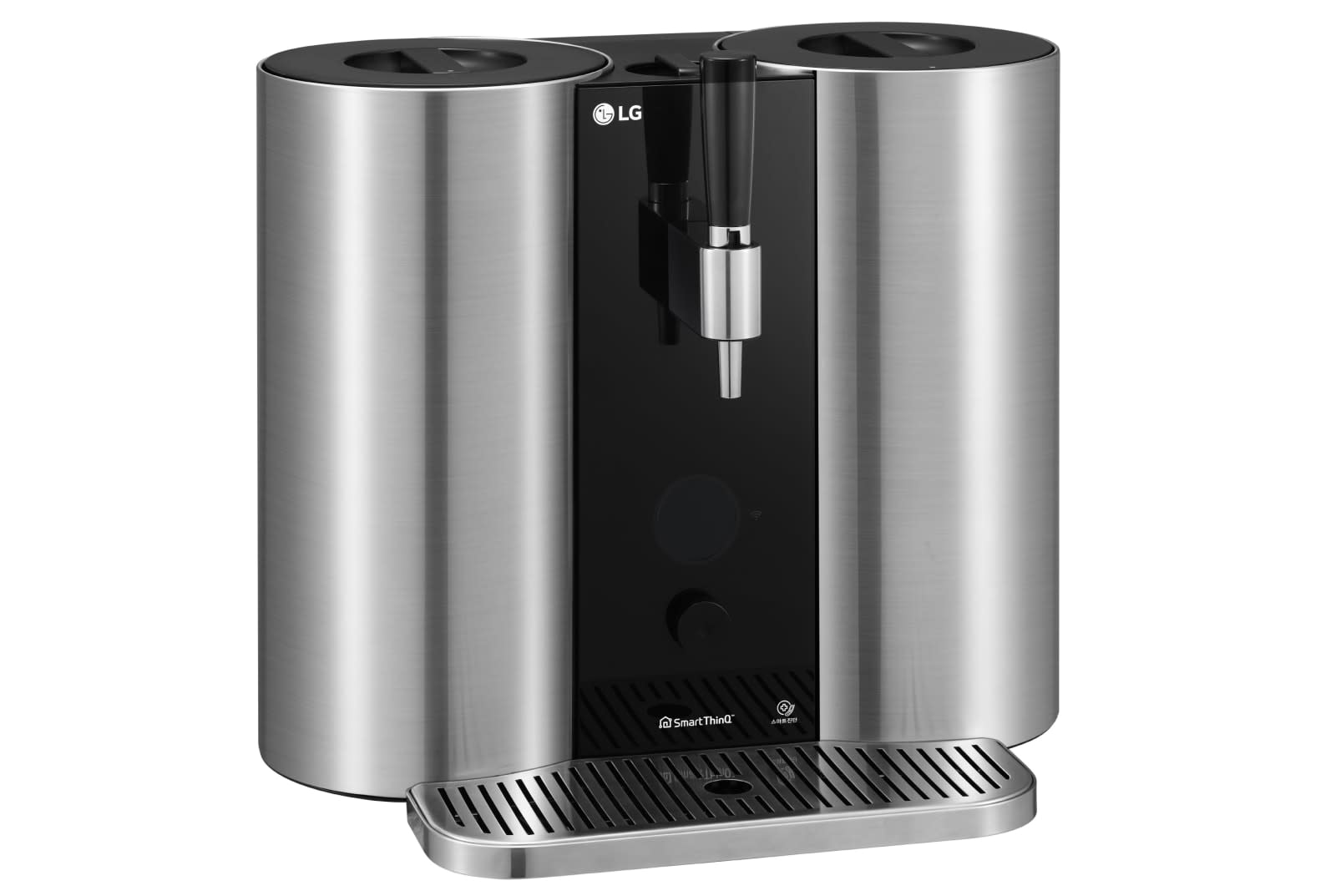 Given the phenomenal popularity of craft beers and ales sweeping bars across the globe, it's surprising that homebrewing hasn't yet taken off to the same levels. Sure, we've seen a number of systems touting the trend -- Picobrew and Brewie are two that have done well on Kickstarter -- but it's yet to really go mainstream. But this could be set to change now that LG is getting in on things.

The company is set to debut its HomeBrew system at CES 2019. It's a capsule-based beer-making machine that relies on automation and fermentation algorithms, and is completely self-cleaning, so it's a seriously fuss-free way of brewing your own beer. Depending on the beer type (there are five: American IPA, American Pale Ale, English Stout, Witbier and Czech Pilsner), the system can produce up to five liters of beer in about two weeks -- you can check on its status at any time using the companion app for iOS and Android.

For some, the joy of homebrewing comes with the sense of alchemy involved: mixing hops and grain, experimenting with temperatures and methodically going through trial and error until you come up with the perfect beer. For others, all of that seems too complicated and time-consuming, and it's just easier to pick up a six-pack at the local store. LG's ultra-simple, no-fuss HomeBrew could be the gateway for brew-it-yourself newcomers, though, and could well be the kit that takes the process mainstream.

In this article: algorithm, Beer, capsule, CES2019, fermentation, food and drink, food-and-drink, foodanddrink, gadgetry, gadgets, gear, home, HomeBrew, homebrewing, lg
All products recommended by Engadget are selected by our editorial team, independent of our parent company. Some of our stories include affiliate links. If you buy something through one of these links, we may earn an affiliate commission.