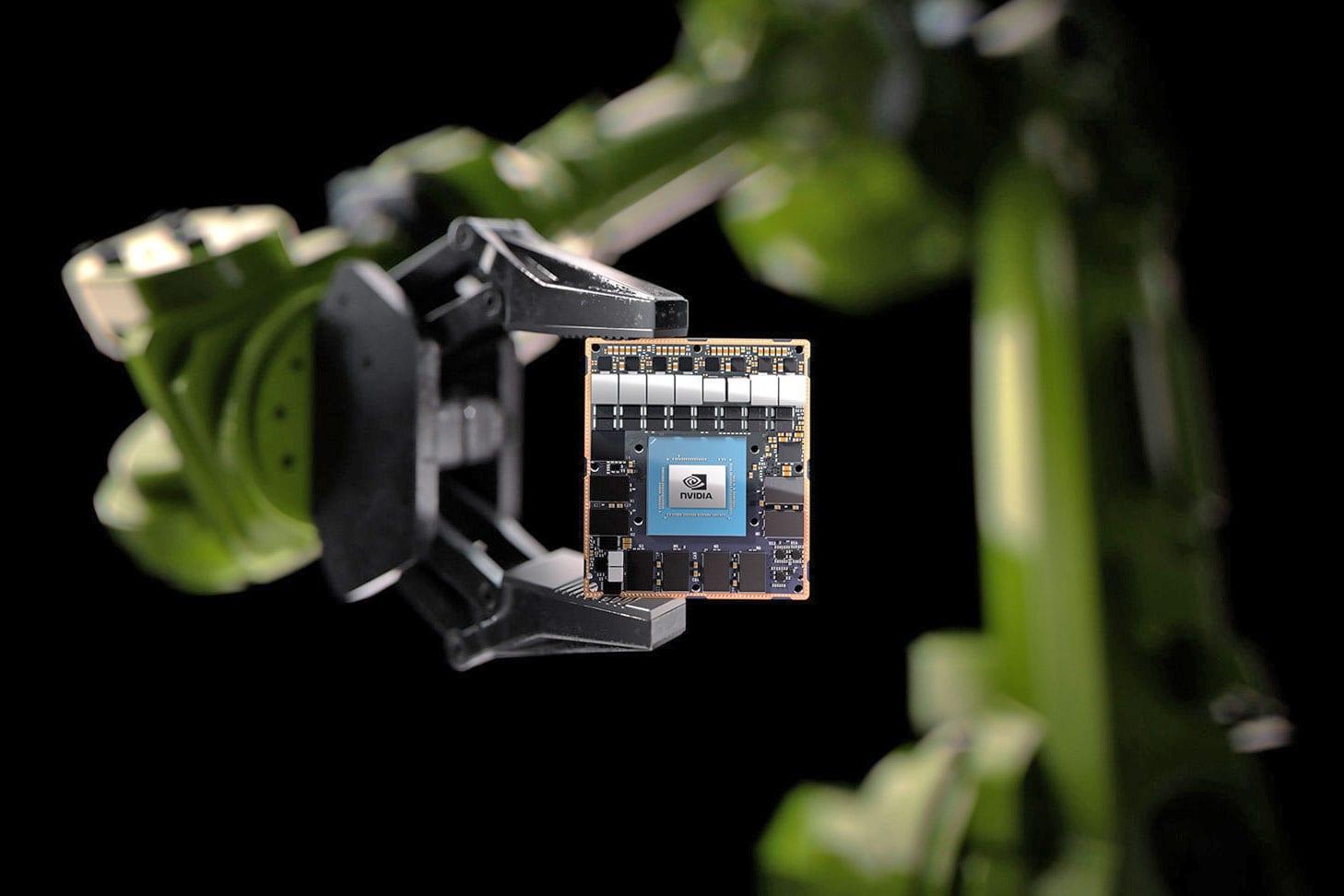 NVIDIA's plan to power autonomous robots has kicked off in earnest. The company has released a Jetson AGX Xavier Module that gives robots and other intelligent machines the processing oomph they need for their AI 'brains.' You're not about to buy one yourself -- it costs $1,099 each in batches of 1,000 units. However, it could be important for delivery robots and other automatons that need a lot of specialized performance with relatively little power use.

The Jetson Xavier system-on-chip at the heart of the module relies on no less than six processors to get its work done. There's a relatively conventional eight-core ARM chip, but you'll also find a Volta-based GPU, two NVDLA deep learning chips and dedicated image, video and vision components. This is while it uses "as little as" 10W of power. All told, it can juggle many AI-oriented tasks at once (30 trillion computing operations per second, to be exact) in a relatively compact space.

NVIDIA already as a number of customers lined up, including Chinese shopping giant JD.com (delivery bots), Yamaha (drones) and Nanopore (DNA sequencing). Although it's far from certain that this module will make NVIDIA a staple of the robotics scene, it at least signals that the company is serious about sticking around.

In this article: ai, artificialintelligence, cpu, deeplearning, gear, jetson, jetsonagxxavier, jetsonxavier, nvdla, nvidia, personal computing, personalcomputing, processor, robot, robotics, robots, soc
All products recommended by Engadget are selected by our editorial team, independent of our parent company. Some of our stories include affiliate links. If you buy something through one of these links, we may earn an affiliate commission.