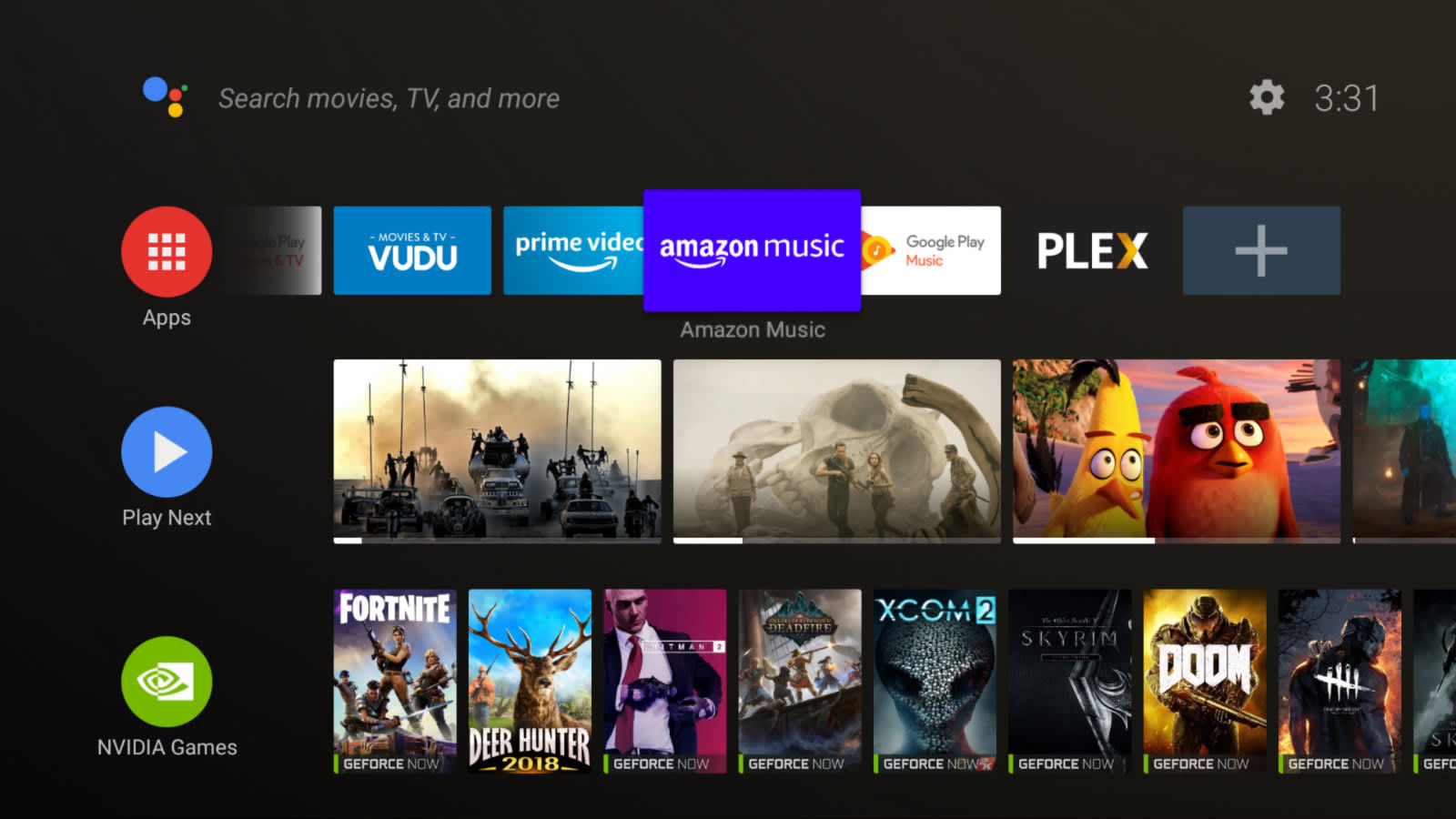 Android set-top box Shield TV has already added Alexa and a fully-featured version of cloud game streaming service GeForce Now, but it's making room for another significant update in the lead up to Christmas. Chief among the new additions is an Amazon Music app, which joins the growing list of music streaming platforms (Spotify, Google Play Music, Tidal, Pandora) already on the streamer.

Amazon Music's arrival gives Shield users access to more music than any other streaming media device, according to NVIDIA. It also comes just weeks after it was announced for Android TV. Of course, that means Amazon Music subscribers will have access to their entire music library on their Shield TV. The more tunes the merrier when you've got Christmas party playlists to make. For now access is limited to the US.

But Shield hasn't forgotten about its users elsewhere in the world. The same upgrade (version 7.2) brings Google Assistant to Shield TV in Canada, Germany and Spain more than a year after the digital helper landed in the US. Other features include support for 5.1 surround sound for the YouTube app, another streaming first according to NVIDIA, and the usual Android security updates.

NVIDIA is also taking one last punt to convince you to buy Shield as an Xmas gift, for yourself or others, with a $30 price cut off the various editions at select retailers in the US and Canada, including the regular Shield TV (with remote), the gaming edition (which throws in a controller), and the smart home edition (with a Samsung SmartThings dongle). The offer is available now through to December 24th.

In this article: amazonmusic, av, gear, nvidia, nvidiashield, nvidiashieldtv, shieldtv
All products recommended by Engadget are selected by our editorial team, independent of our parent company. Some of our stories include affiliate links. If you buy something through one of these links, we may earn an affiliate commission.