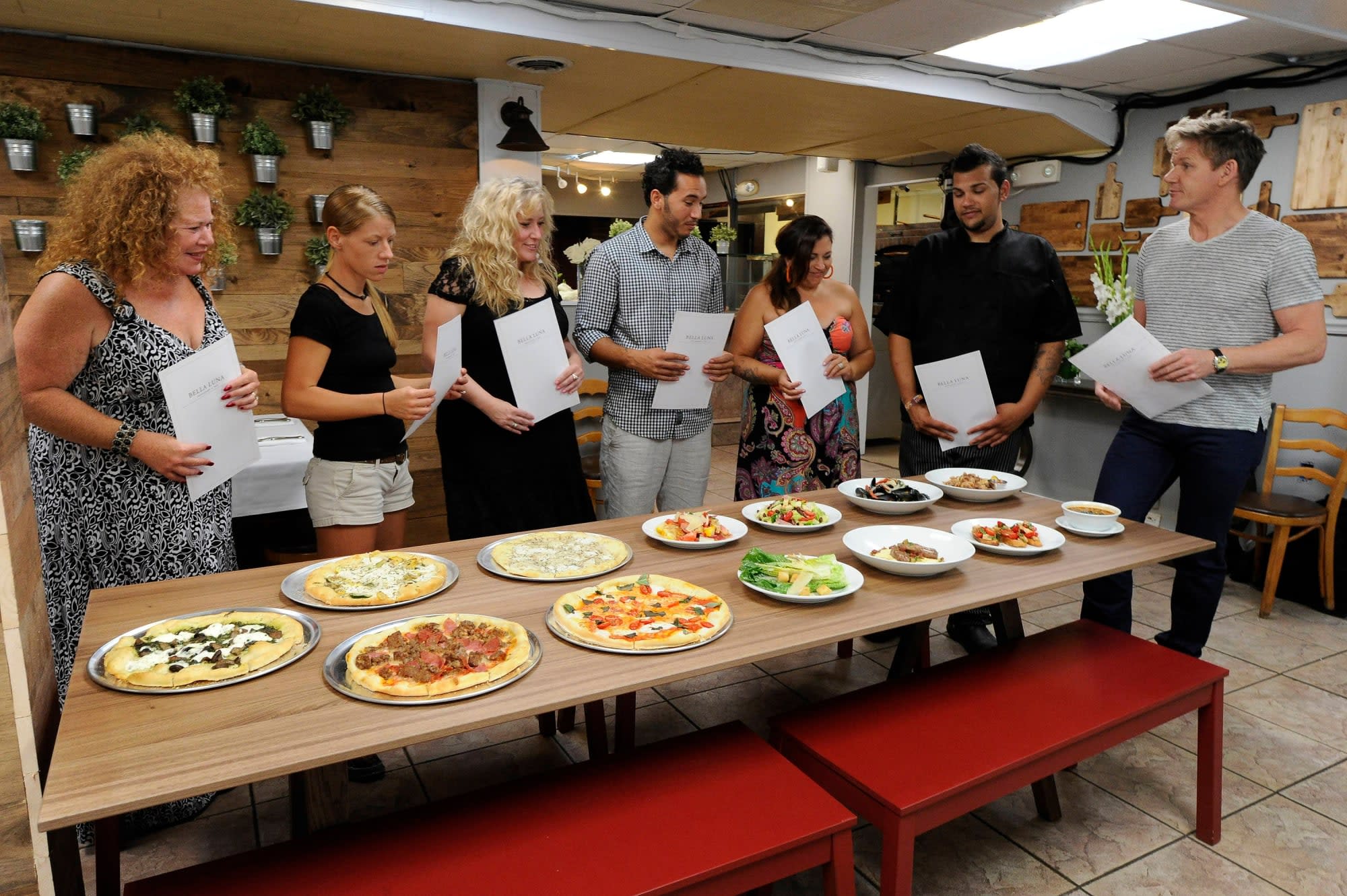 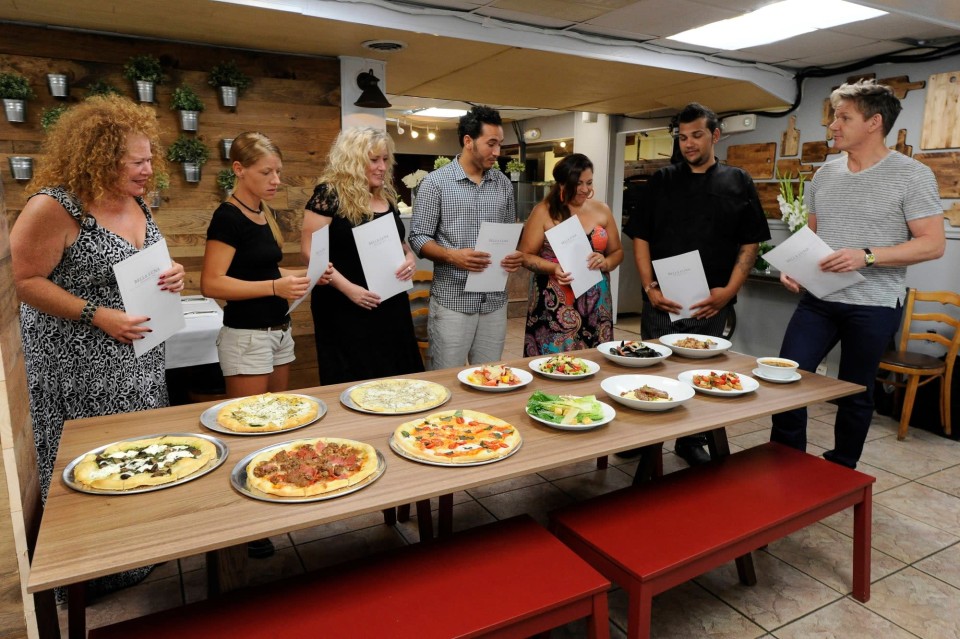 I never imagined I would be watching Kitchen Nightmares, starring the world-renowned chef Gordon Ramsay, in my downtime on YouTube. I knew of Ramsay and his ruthlessness from shows like Hell's Kitchen, but I had never heard of Kitchen Nightmares until a few weeks ago, when an episode popped up on YouTube's Trending section. Next thing you know, I'm hooked and watching full episodes of it on my phone instead of the usual sneaker videos. But aside from Ramsay's rants at owners of filthy restaurants, something else caught my attention -- these uploads weren't from Fox, which owns the rights to the show in the US. Instead, they were from an unofficial channel called "Kitchen Nightmares Hotel Hell and Hell's Kitchen." And as if that wasn't brazen enough, the owner explicitly asked viewers for donations to fund the uploading of copyrighted content.

YouTube creators asking for money is nothing new, be it through the site's built-in membership features or third-party services such as Patreon. But trying to profit off someone else's intellectual property isn't the same as asking for support on an original video they've created. The person who runs the Kitchen Nightmares Hotel Hell and Hell's Kitchen channel did not respond to multiple requests for comment from Engadget, but their Patreon page (named YoIUploadShows) isn't coy.

"Hey! It's not as easy as you might think to make my content, I have to look for the best quality episodes I can find, download them, convert them, edit them, render them and upload them," YoIUploadShows' Patreon page reads. "This can sometimes take at least a few hours. Especially because the downloads are usually slow and the rendering itself can take a couple hours, because I started making all my uploads in HD instead of 480p to give them a little extra clarity." It's not easy, folks, so for that he or she "would really appreciate the extra support if you have any money to spare :)"

YoIUploadShows' Patreon goes as far as to offer different tiers to potential fans of their work. A $15 or more donation gets you a "shoutout in every video," while $30 or more per month means you can have "an episode of any show you want," according to the page. Interestingly, despite the Kitchen Nightmares Hotel Hell and Hell's Kitchen channel having nearly 60 million total views since 2016, the owner's Patreon account has never received a donation.

"Hey! It's not as easy as you might think to make my content, I have to look for the best quality episodes I can find, download them, convert them, edit them, render them and upload them."

Not surprisingly, this isn't the only YouTube account doing this. There are others like "Dvr Night" that are uploading other Kitchen Nightmares episodes and asking for donations via PayPal as well as Patreon. That said, while companies like PayPal and Patreon don't encourage this behavior, they don't have any legal liability unless they get a complaint from the content owner. "Creators uploading copyrighted content is against our terms of use," a Patreon spokesperson told Engadget. "We take action against this content when rights holders send us a copyright notice."

As of this writing, YouIUploadShows' Patreon is still up and running, likely because Fox hasn't made any takedown requests. There is an official "Kitchen Nightmares" YouTube, meanwhile, but it uploads only short clips, not full episodes. YouTube says it does not mediate copyright claims: That's something that has to be handled between the parties involved, which in this case would be Fox and the person behind YoIUploadShows.

That said, if YouTube is notified by the rights-holder of an infringing video, the company is required by the Digital Millennium Copyright Act of 1998 (DMCA) to remove that content. This is where YouTube's Content ID system comes into play, which was created to make it easy for copyright owners to spot pirates. When a user uploads a video, Content ID automatically scans it and checks it against reference files from copyright owners. If the system matches the video and flags it as owned by a TV network or another rights-holder, a channel like Fox then has three options: Let the content stay up on YouTube, track and monetize it, or completely block it from the site.

Based on the fact that some of the videos from Kitchen Nightmares Hotel Hell and Hell's Kitchen have tens of millions of views, it's safe to assume Fox has declined to take any action against the channel. That may seem like a strange decision on the network's part, but it makes sense when you consider Kitchen Nightmares is an older show. The episodes on YouTube could entice viewers to go watch something newer from Fox featuring Ramsay, like 24 Hours to Hell and Back. I know that certainly was the case for me. Of course, you don't see the company doing the same for flagship shows such as The Simpsons -- good luck trying to find full episodes of that on YouTube.

According to YouTube, more than 98 percent of copyright issues on its site are handled through Content ID rather than the notice-and-takedown process. Just last month, the company revealed that it paid $3 billion to content owners through its anti-piracy programs. And in 2017 alone, YouTube says rights-holders chose to monetize 90 percent of all Content ID claims, which gives them a way to create revenue from videos they own but that were uploaded by someone else. That could be what Fox has chosen to do with the videos from the unofficial Kitchen Nightmares Hotel Hell and Hell's Kitchen.

Although Content ID has created a way for YouTube and networks like Fox to create new, legal opportunities for revenue, people like YoIUploadShows could still get in trouble for trying to make money from copyrighted content. And while YouTube does not have a policy prohibiting users from including a Patreon or PayPal link in their video description, there may be some content owners who ask for a takedown request and, subsequently, go after the copyright violators.

Mark Schonfeld, a partner at law firm Burns & Levinson in Boston, said that the video uploader has a lot more legal liability than YouTube, even if they may not be a financially viable target. "What is interesting is the role of Patreon as an accessory or as a contributory infringer because they're allowing themselves to be used as a mechanism to reward the uploader and the infringer," he added. "So, if I were [a network] and wanted to stop this, I would not only go after the infringer, the uploader and YouTube, but I would also challenge Patreon because [it is] enabling the infringer to earn a living off the infringing content they're posting."

The good news for YouTube and Patreon is that, so far, people like YoIUploadShows haven't succeeded in actually doing that -- though both companies need to be wary of this becoming a trend.

Ultimately, though, it's up to content owners such as Fox to decide whether they want to go after someone like YoIUploadShows. For now, the network doesn't seem to be concerned. And who knows? Maybe channels like Kitchen Nightmares Hotel Hell and Hell's Kitchen are helping it gain new audiences. If it weren't for that, I probably would've never started bingeing a Gordon Ramsay series from 2007 -- and based on the 59 million-plus views the channel has accumulated, it's safe to say I'm not alone.

In this article: av, business, contentid, donation, donations, entertainment, fox, gear, google, gordonramsay, internet, kitchennightmares, patreon, paypal, services, streaming, streamingvideo, tv, tvshows, videostreaming, youtube, youtuber, youtubers
All products recommended by Engadget are selected by our editorial team, independent of our parent company. Some of our stories include affiliate links. If you buy something through one of these links, we may earn an affiliate commission.