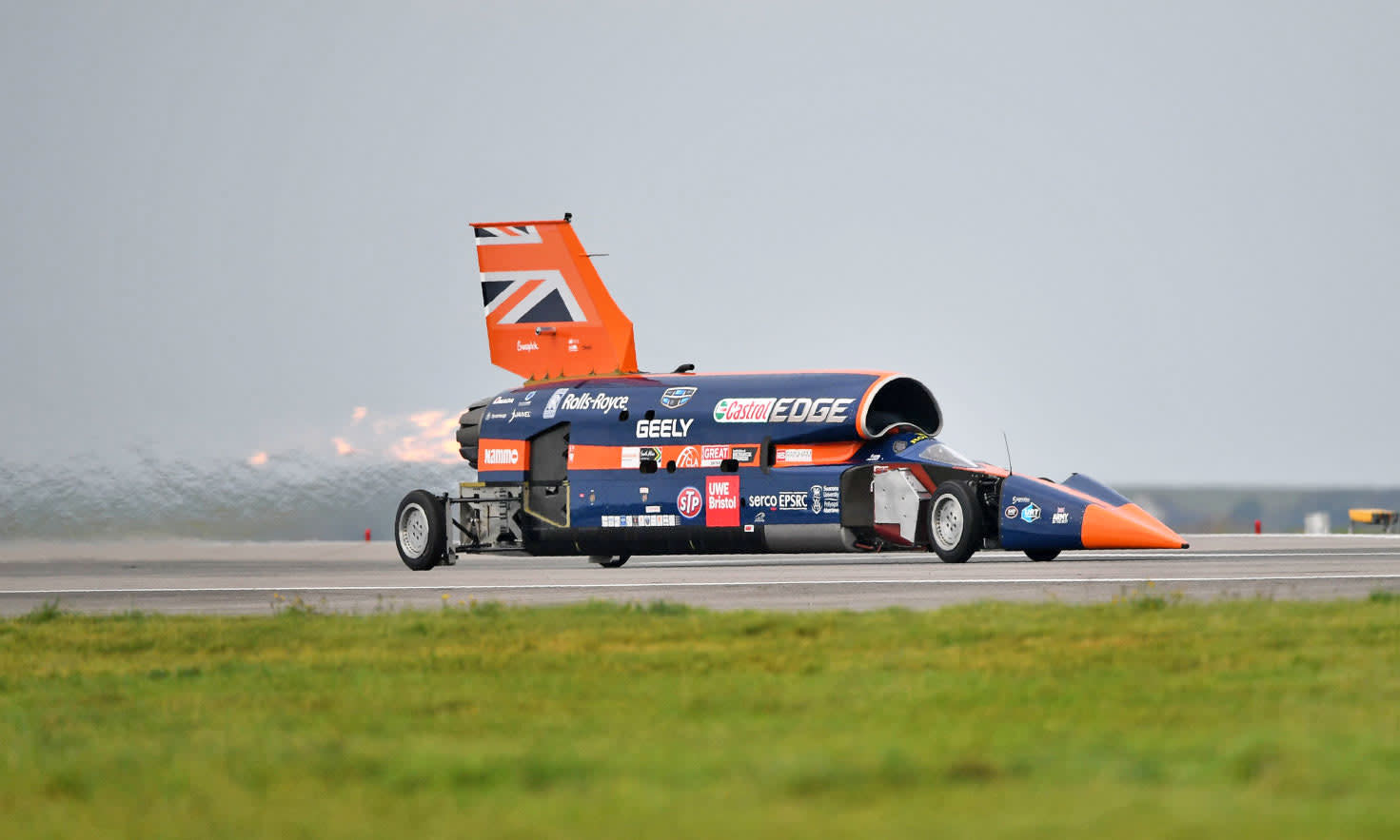 Earlier this month, it looked like the writing was on the wall for the Bloodhound supersonic car project, as it had failed to acquire the roughly £25 million (approximately $32 million) it needed to keep going. The team was said to be working on selling off its assets, including the unfinished car. But it appears the project is back in action with the Bloodhound team announcing the sale of the business and assets, which will allow the program to continue.

The buyer is entrepreneur Ian Warhurst, a Yorkshire-based Bloodhound fan with a background in mechanical engineering. "Ian has a strong background in managing highly successful businesses in the automotive engineering sector," The Bloodhound Project wrote on its website. "He will bring considerable expertise to bear in taking the project forward."

The purchase was settled for an undisclosed amount, so it's unclear if the project will actually receive the £25 million it was seeking. When the funding search was called off, Autocar reported that there was still a chance for the project as one potential buyer just hadn't been able to raise enough cash in time to meet the deadline.

Warhurst will share his plans for the Bloodhound project early next year, according to Autocar.

The team has been planning an attempt to break the world land speed record in late 2019, and this sale will reportedly allow it to keep working towards that goal. "The team are thrilled that Ian has saved Bloodhound SSC for the country," it said, "It's the best possible Christmas present for the many supporters around the world who have been inspired by the project."

In this article: bloodhound, BloodhoundSsc, car, gear, investment, SupersonicCar, TL19GOFAST, tomorrow, transportation
All products recommended by Engadget are selected by our editorial team, independent of our parent company. Some of our stories include affiliate links. If you buy something through one of these links, we may earn an affiliate commission.