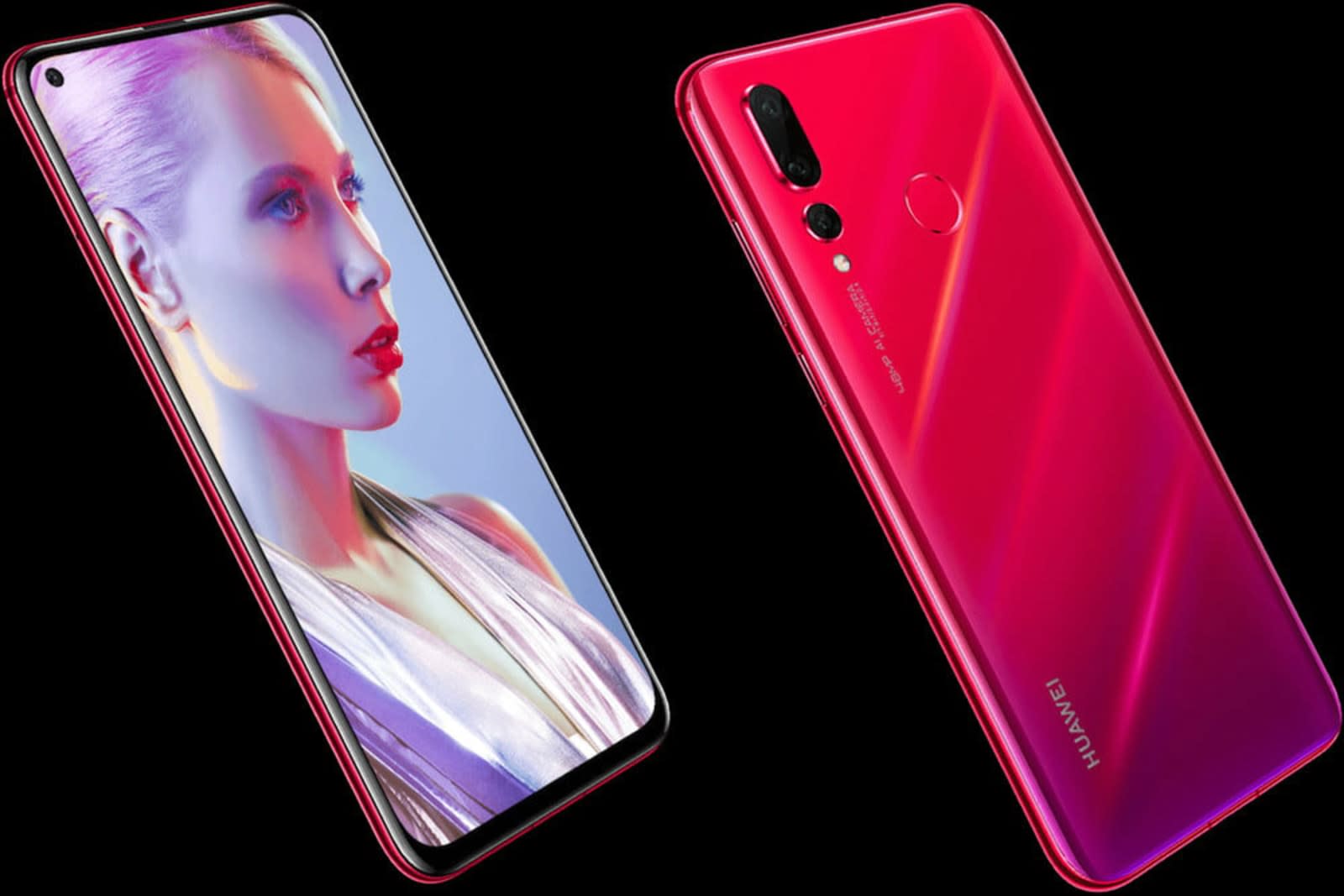 In the wake of Samsung's A8s, Huawei is the latest smartphone maker to announce an all-screen handset with a circular cutout for the camera. Looking beyond the divisive notch, the design feature is all about maximizing display real estate. And Huawei's new "Nova 4" offers up 6.4-inches of space with a 2310 x 1080 resolution. The only thing getting in the way of a true all-screen setup is the hole for the 25 megapixel selfie snapper at the top left. But as The Verge notes, the cutout here looks smaller than the one on Samsung's phone.

While Huawei was busy teasing the Nova 4, its sub-brand Honor went ahead and announced a punch hole-model of its own in the View 20, complete with a 25 megapixel front camera to boot. But that's not where the similarities end. Like Honor, Huawei is also promising a 48 megapixel rear camera. In the Nova 4's case it'll form part of a triple-camera design, whereas we haven't been shown the View 20 from the back yet. While Honor's handset is powered by the newer Kirin 980 chipset, Huawei is instead utlizing the same Kirin 970 processor found in the View 10 and its own P20 Pro.

Rounding out the Nova 4's specs are 128GB of storage, a rear fingerprint sensor, 18W fast charging over USB-C, and a 3,750mAh battery. The phone is expected to arrive in China first and then make its way to India and Europe. Two variants are on offer: the Nova 4 described here will cost you 3,399 yuan ($490), or you can grab a cheaper model that swaps out the 48-megapixel camera with a 20-megapixel unit for $3,099 yuan ($450).

In this article: gear, huawei, huaweinova4, mobile, smartphone
All products recommended by Engadget are selected by our editorial team, independent of our parent company. Some of our stories include affiliate links. If you buy something through one of these links, we may earn an affiliate commission.