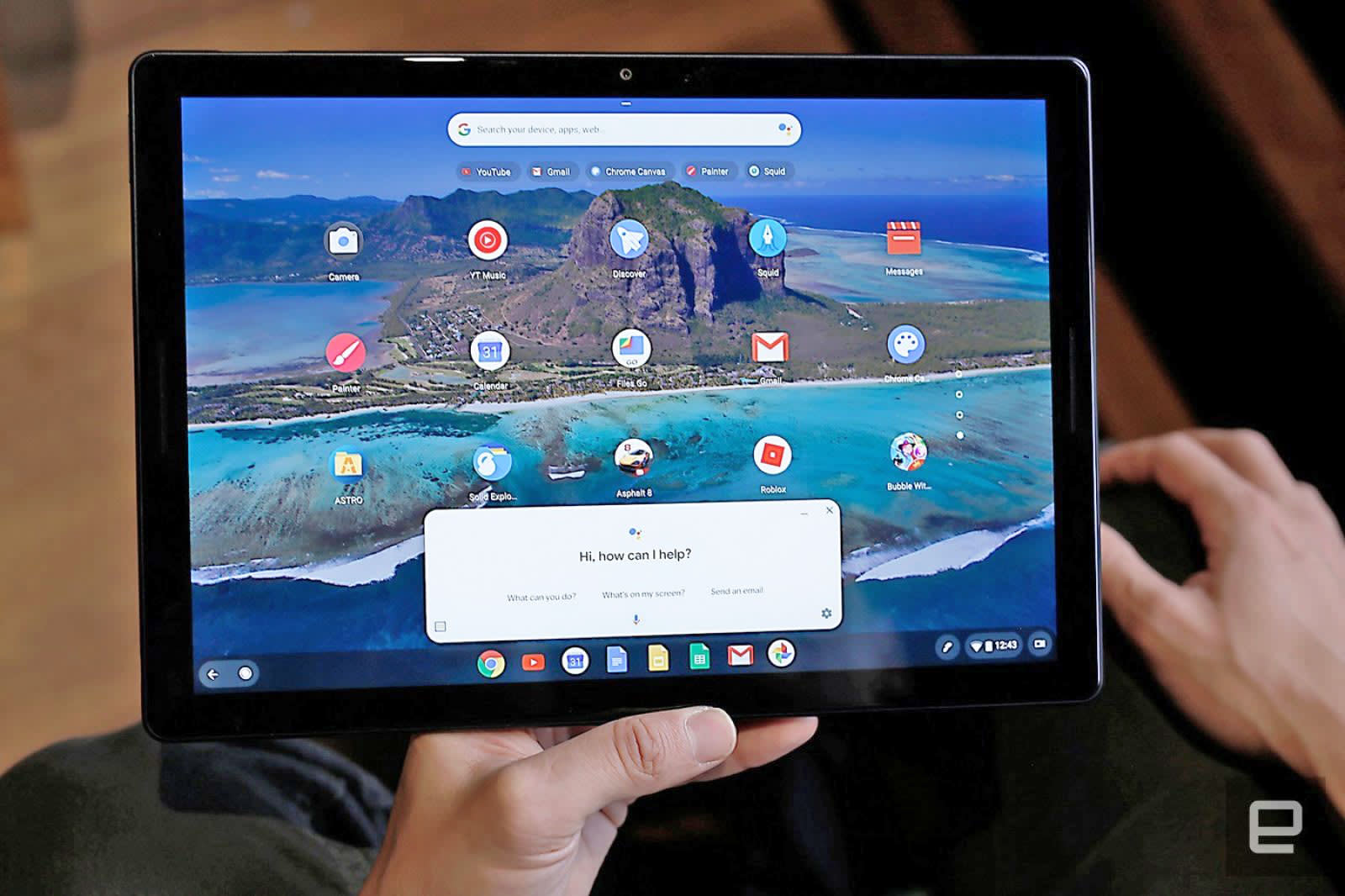 To date, native access to Google Assistant on a Chrome OS device has meant splurging on Google-made hardware like the Pixelbook or Pixel Slate. You won't have to be quite so picky for much longer, though. Google has started testing Chrome OS 72 in beta form, and the new release brings Assistant to third-party Chromebooks for the first time. It works in the same way as you'd expect on the Slate, with support for both voice and written commands through a pop-up at the bottom.

The beta also brings Android 9 Pie to hardware beyond the Pixel Slate. That's not exactly shocking, but it's significant when Google effectively skipped Oreo entirely on Chrome OS. You can install Gboard from the Play Store if you prefer it for typing, too. You might also appreciate the beta if you're security-conscious -- it introduces support for authentication devices that rely on Bluetooth Low Energy. You might not have to tie up a USB port for a hardware-based sign-in.

Chrome OS 72 should be available in a stable version in late January, roughly six weeks after the arrival of Chrome 71. You'll have these features early in the new year even if you're not ready to experiment.

In this article: chrome, chromebook, chromeos, gear, google, googleassistant, internet, operatingsystem, os, personal computing, personalcomputing, software, voiceassistant, webauthn
All products recommended by Engadget are selected by our editorial team, independent of our parent company. Some of our stories include affiliate links. If you buy something through one of these links, we may earn an affiliate commission.