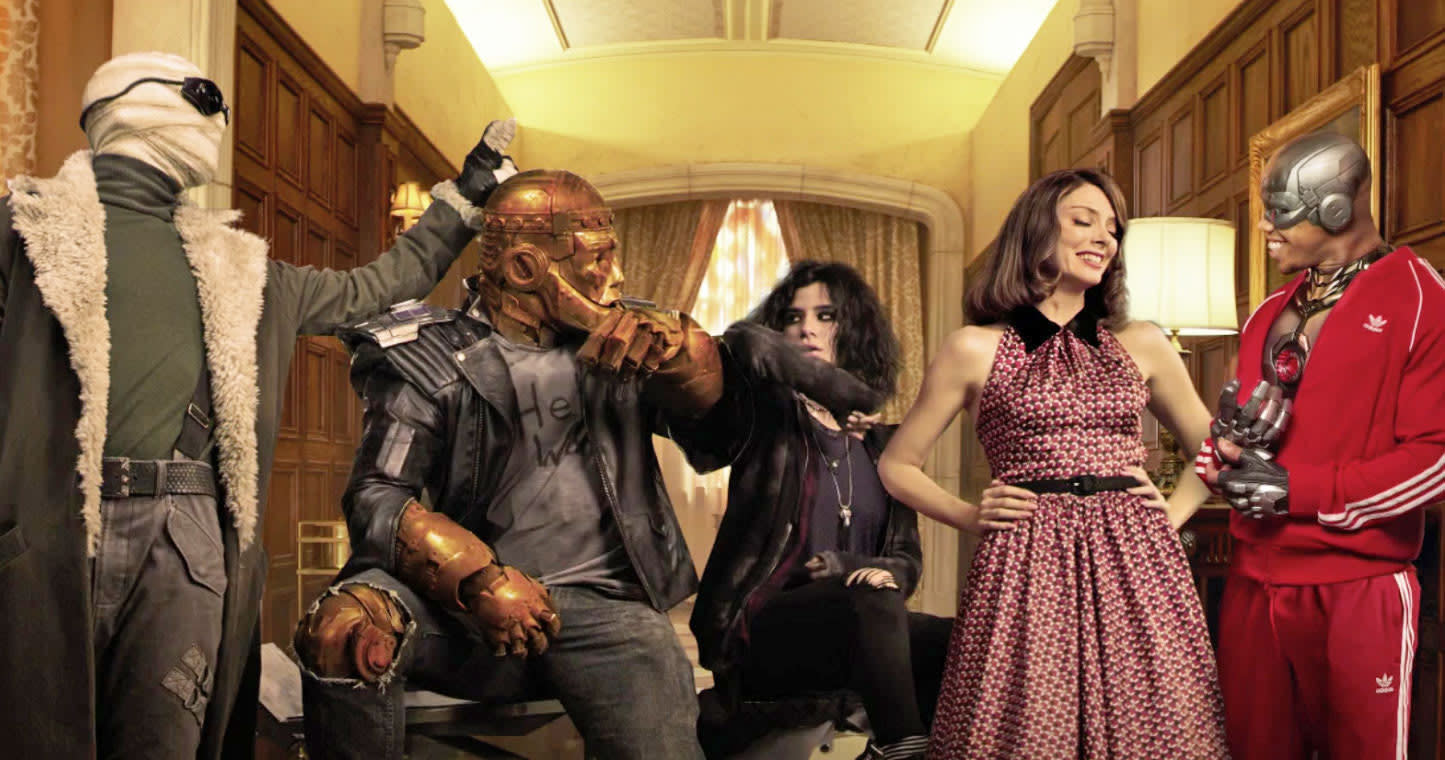 DC Universe has locked in a premier date for its second live-action original series, Doom Patrol. The show, described as a reimagining of one of DC's strangest group of outcast superheroes, will land on the streaming service on February 15th, 2019. Picking up after the events of that other DC original, Titans -- which wrapped its first season today -- Doom Patrol finds the reluctant superheroes heeding the call of Cyborg to set out on mission that will forever alter their lives. You can check out the show's first teaser trailer below.

The series is penned by Supernatural scribe Jeremy Carver and exec-produced by the prolific Greg Berlanti (Titans, The Flash, Legends of Tomorrow). The cast includes Matt Bomer as Larry Trainor/Negative Man, Brendan Fraser as Cliff Steele/Robotman, April Bowlby as Elasti-Woman, Diane Guerrero as Crazy Jane, Joivan Wade as Victor Stone/Cyborg and Timothy Dalton as Dr. Niles Caulder/The Chief. Doom Patrol was announced back in May, with members of the squad making their first live-action appearance in episode 4 of Titans.

Before Doom Patrol, subscribers will be able to catch the third season of animated show Young Justice: Outsiders on January 4th, 2019. Other live-action DC Universe originals in the pipeline include Metropolis -- a show set in Superman's city without Superman -- and Swamp Thing.

In this article: av, dcuniverse, doompatrol, entertainment, streaming, TV
All products recommended by Engadget are selected by our editorial team, independent of our parent company. Some of our stories include affiliate links. If you buy something through one of these links, we may earn an affiliate commission.