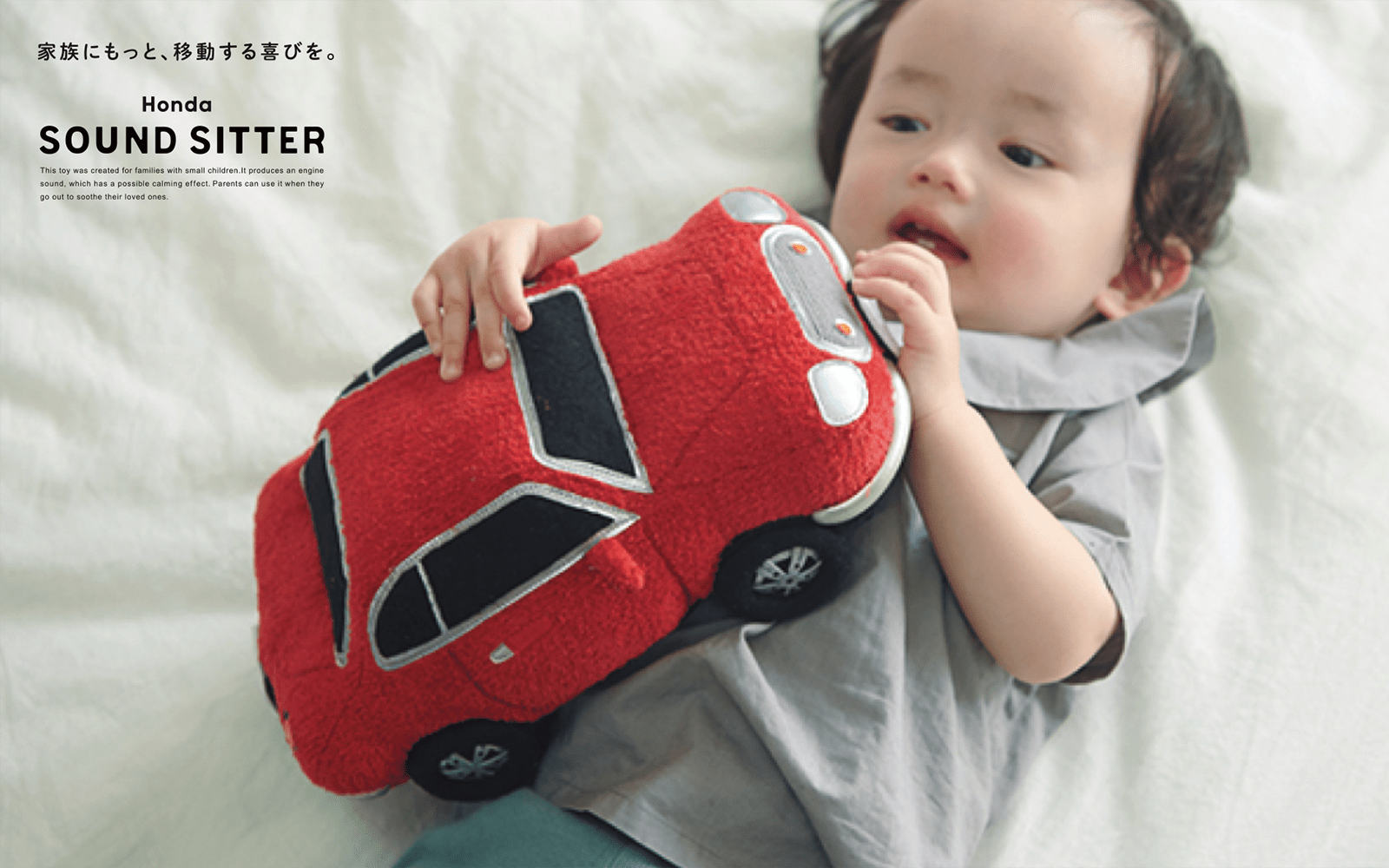 Plenty of parents have turned to car rides in order to calm fussy babies and Honda has now developed a gadget based on that concept. But instead of bringing the baby to the car, Honda's Sound Sitter brings the car to the baby. The company tried out the sounds of 37 different car engines, including various Civic models, Accords and Integras, ultimately determining that the sound of the NSX engine was most effective when it came to soothing babies. And when researchers tried it out on newborns -- aged six months to 1.5 years old -- 11 out of 12 seemed to experience comfort while seven showed reduced heart rates.

On its website, Honda explains that the induced comfort may be because the low frequencies of the engine sounds are comparable to what babies hear in the womb.

Honda packaged the NSX engine sound into a red, car-shaped plush toy and recently let parents try it out an event. The company, however, doesn't have plans to produce the toy, but it has made the sounds of three engines -- the NSX, the Integra Type R and the S2000 -- available online.

Honda isn't the only car company to try its hand at calming children. Last year, Ford showed off a baby crib prototype that mimics the experience of a car ride. It plays muffled engine noises, has LEDs that simulate street lights and generates movements similar to those felt when riding in a car. Additionally, other companies, like Snoo, have mimicked womb sounds to comfort young children as well.

In this article: av, baby, gadgetry, gadgets, gear, Honda, soundsitter, toy, video, womb
All products recommended by Engadget are selected by our editorial team, independent of our parent company. Some of our stories include affiliate links. If you buy something through one of these links, we may earn an affiliate commission.