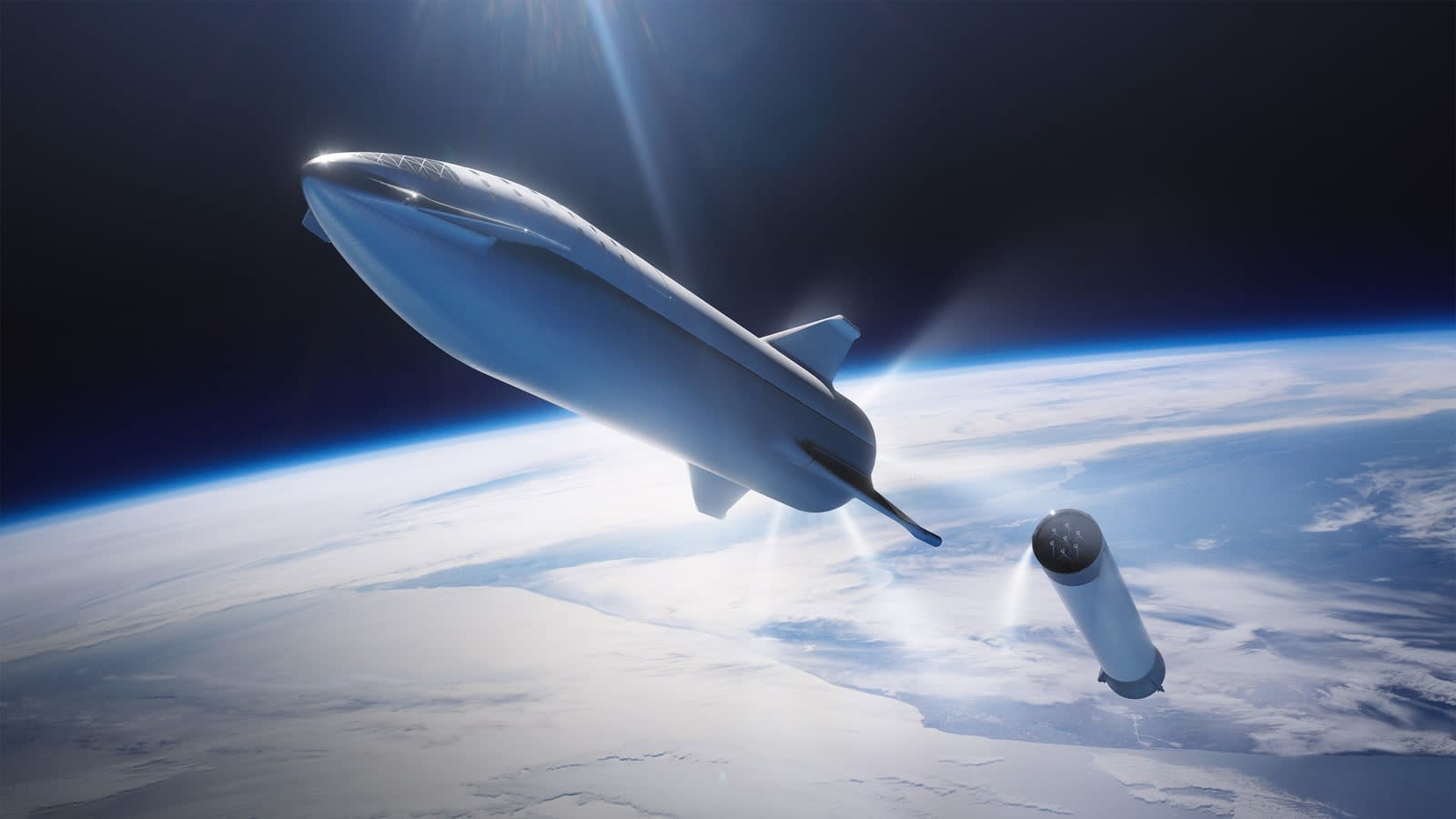 SpaceX might begin Starship test flights sooner than you think. Elon Musk now expects to conduct a technical presentation for Starship soon after its test vehicle flies, "hopefully" in March or April -- in other words, he wants a test flight before April is over. It wouldn't be a spectacle on the order of the concept image you see above, of course. Instead, it would be much like SpaceX's short-distance, suborbital Grasshopper test program from the Falcon 9's early days.

Musk noted that vehicle would be just as wide as the final Starship at 30 feet across, but it wouldn't be full height.

This isn't set in stone by any means. However, it suggests that SpaceX is optimistic about its ability to complete the vehicle quickly. Musk and COO Gwynne Shotwell had previously pegged the first short-hop flights for late 2019. That target might be achievable -- people near SpaceX's planned Texas launch site have seen parts coming in. If there's a larger question, it's whether or not the test program will move briskly after the first test flight. SpaceX has talked about putting Starship in orbit by 2020, but a lot has to go well for that to happen.

I will do a full technical presentation of Starship after the test vehicle we're building in Texas flies, so hopefully March/April

In this article: bfr, elonmusk, gear, space, spaceflight, spacex, starship, transportation
All products recommended by Engadget are selected by our editorial team, independent of our parent company. Some of our stories include affiliate links. If you buy something through one of these links, we may earn an affiliate commission.