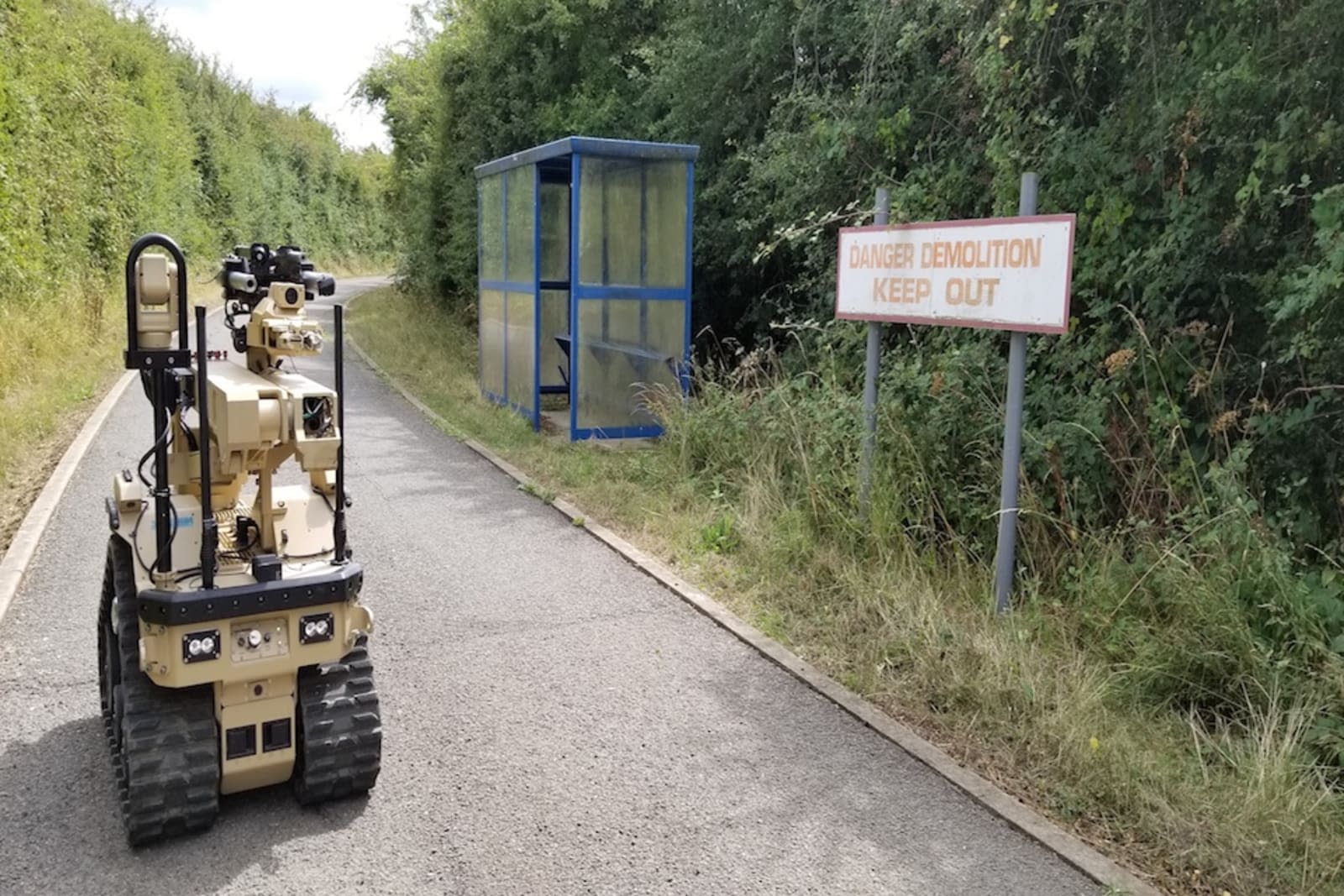 Bomb disposal experts won't have to put their lives at stake every time they have to disarm an explosive if they can do their job with the help of a proxy -- like a robot they can control from afar. According to the UK Ministry of Defence, the British Army has received four cutting-edge robots that can do just that. Unlike other bomb disposal machines, these ones come with "advanced haptic feedback" that allows their operators to feel what their mechanical arm holds or touches through a remote-control hand grip.

Seeing as bomb disposal requires a high level of dexterity, especially when dealing with potentially booby-trapped improvised explosive devices, haptic feedback could be just what experts need. The four machines delivered to the British Army are but a small fraction of what the UK military ordered from military contractor Harris. In addition to haptic feedback, the unmanned robot called T7 also comes equipped with HD cameras and all-terrain treads.

The military received the first four machines after an extensive eight-week trial in the UK and the US, where they had to pass a series of battlefield missions, as well as weightlifting and dexterity tasks, among many other tests. Col. Zac Scott, Defence Explosive Ordnance Disposal chief, explained:

"The Harris T7 harnesses cutting-edge technology to provide EOD operators with unprecedented levels of mobility and dexterity. It represents a step-change in capability for our service personnel and it will save lives."

Scott and his team are expected to receive 52 more machines as part of a £55 million (US$70 million) military contract.

In this article: bombdisposal, gear, robots, security
All products recommended by Engadget are selected by our editorial team, independent of our parent company. Some of our stories include affiliate links. If you buy something through one of these links, we may earn an affiliate commission.