Smart displays came into their own in 2018

Amazon and Google are going at it, once again.

When Amazon first debuted the Echo Show last year, plenty of people, us included, mocked its unusual design. More than that, we wondered if adding a display to a smart speaker makes sense, or if it was just another one of Amazon's gimmicks. It turns out, however, that being able to see the result of your queries is actually quite helpful; it's easier to glance at your entire shopping list than it is to have Alexa read it line by line. Amazon later followed up with the Echo Spot bedside clock, which offers the same features in a smaller design.

But even though the Show and the Spot came out in 2017, it was in 2018 that smart displays came into their own. Despite Amazon being early to the game, it was Google that kicked off this phenomenon in earnest. In January of this year, Google announced that it was partnering with third-party manufacturers like Lenovo, JBL and LG to roll out a slew of what it called "Google Smart Displays." By doing so, it gave a name to what would turn out to be a whole new kind of hardware category. It would also serve to intensify the Amazon and Google rivalry even further.

Now, smart displays came in not just one or two different designs, but five. What might otherwise have been a quirky novelty had quickly blossomed into a ubiquitous new product category. By doing so, it not only differentiated its Smart Display platform from phones and tablets, it also took the opportunity to beat Amazon at its own game. While the Echo Show and Spot demonstrated the value of smart displays, the screen was still somewhat secondary to Alexa. 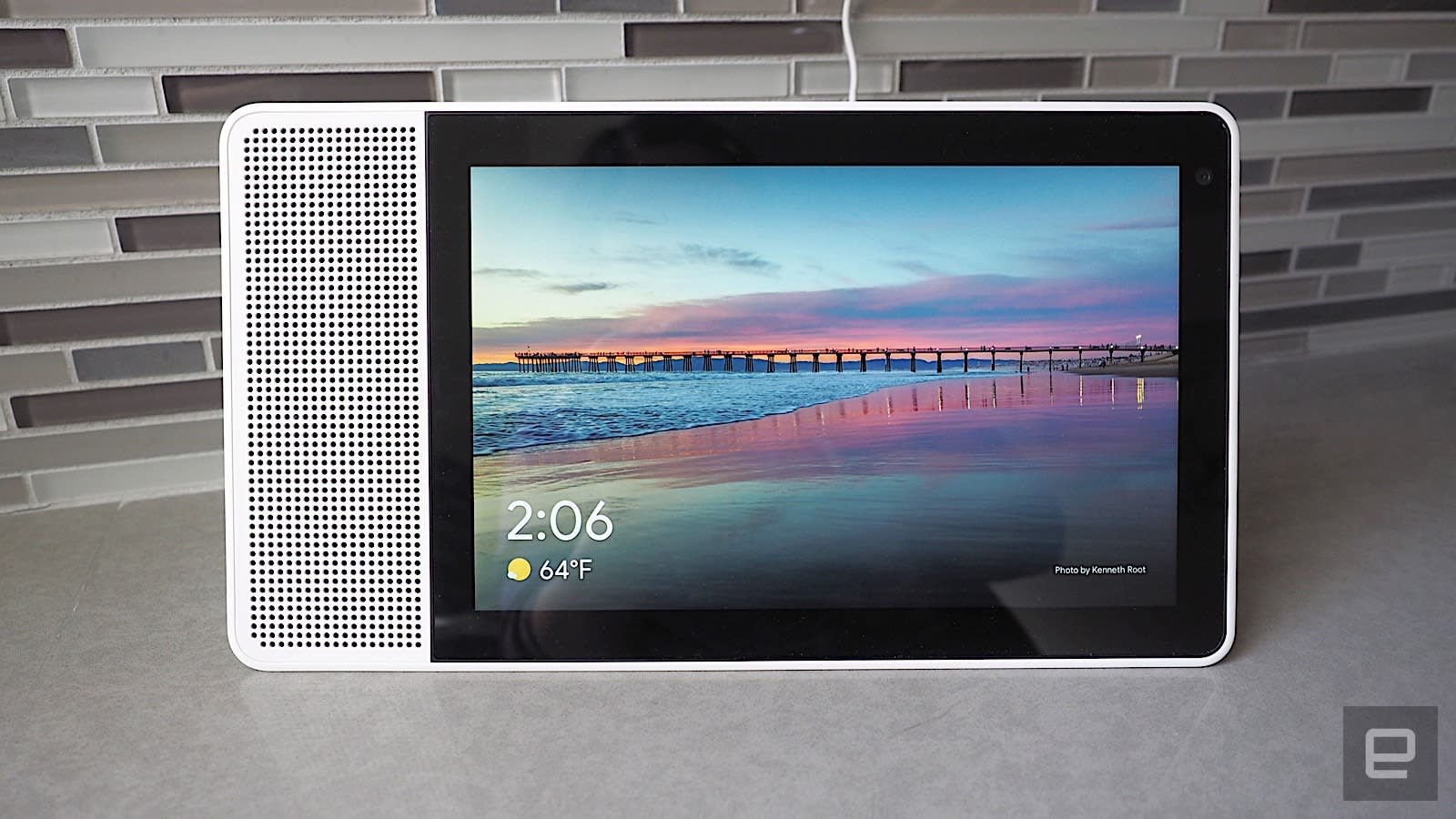 Google's Smart Displays, on the other hand, showed maps for directions, step-by-step instructions for recipes and also offered follow-up query suggestions at the bottom of the screen. Another big feature was YouTube integration, which used to be available on the Echo Show before Google nixed it, presumably to give an advantage to its own products.

The beauty of having several hardware partners is that you can get a Google Smart Display in more than one flavor. The Lenovo Smart Display, for example, is a sleek white plastic-and-bamboo affair designed to catch your eye. The JBL Link View, on the other hand, places more emphasis on sound quality and bass, eschewing looks for thumping audio. In the same way you can get the Android phone that best suits your needs, Google is hoping that there will soon be a Google Smart Display for every kind of home.

To push this idea even further, Google came out with its very own hardware take on the Smart Display, the Google Home Hub. Instead of being big, bulky or attention-grabbing, the Home Hub is small, unobtrusive and minimal in its aesthetic. Clad in a soft fabric finish with multiple color options, the Home Hub was designed to blend in with the rest of your home decor. No longer is the smart display a curious tech gadget, now it's simply just a part of your life. 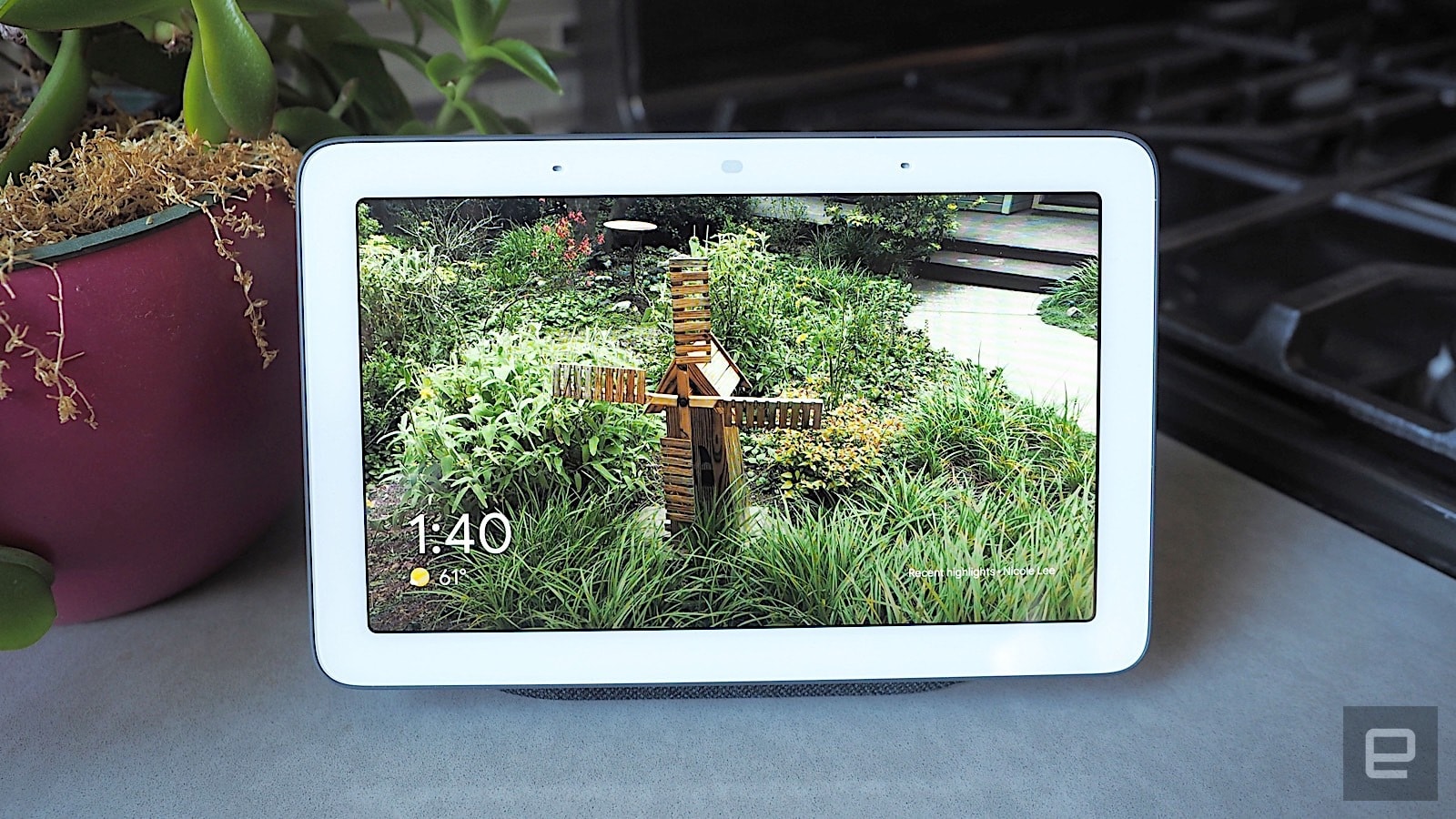 The key point with the Home Hub is that, unlike all the other smart displays, it doesn't have a camera. One of the more common complaints about the Echo Spot, for example, was that having a camera by your bedside feels a little creepy. Facebook's video-chat focused Portal, with its camera that followed you around the room, had that feeling as well. With the Home Hub, this was no longer a concern.

Google's Smart Displays, it seems, were just better than the 2017 Echos in every way. So much so that when Amazon introduced the 2018 Echo Show later in the year, it replicated many of Google's features like richer graphics, a cooking guide and its own video streaming offerings -- not just Amazon Prime but NBC and Hulu, too. Amazon even reintroduced YouTube via built-in browsers, thus working around Google's aforementioned restrictions.

What's more, it introduced an Alexa Smart Screen SDK, opening the door for other Alexa-powered smart displays in the future. Facebook's Portal, for example, utilizes Alexa's Presentation Language skills for features like the weather and Spotify, though it doesn't have nearly the same level of features as an Echo Show. There's word, however, that Lenovo and Sony are working on their very own versions of Alexa smart displays too, so it might not be long before Amazon has its own array of Alexa-powered hardware too.

If all of this sounds a little familiar, well, that's because it feels reminiscent of the smart speaker wars of the past few years. (With the exception of Apple's HomePod, which is a bit of an outlier here because Siri doesn't have nearly the same level of features as Google's Assistant or Alexa.) Google followed Amazon's Echo and Echo Dot with the Home and Home Mini, and both companies have partnerships with various third-party makers of other Google and Alexa-powered speakers. 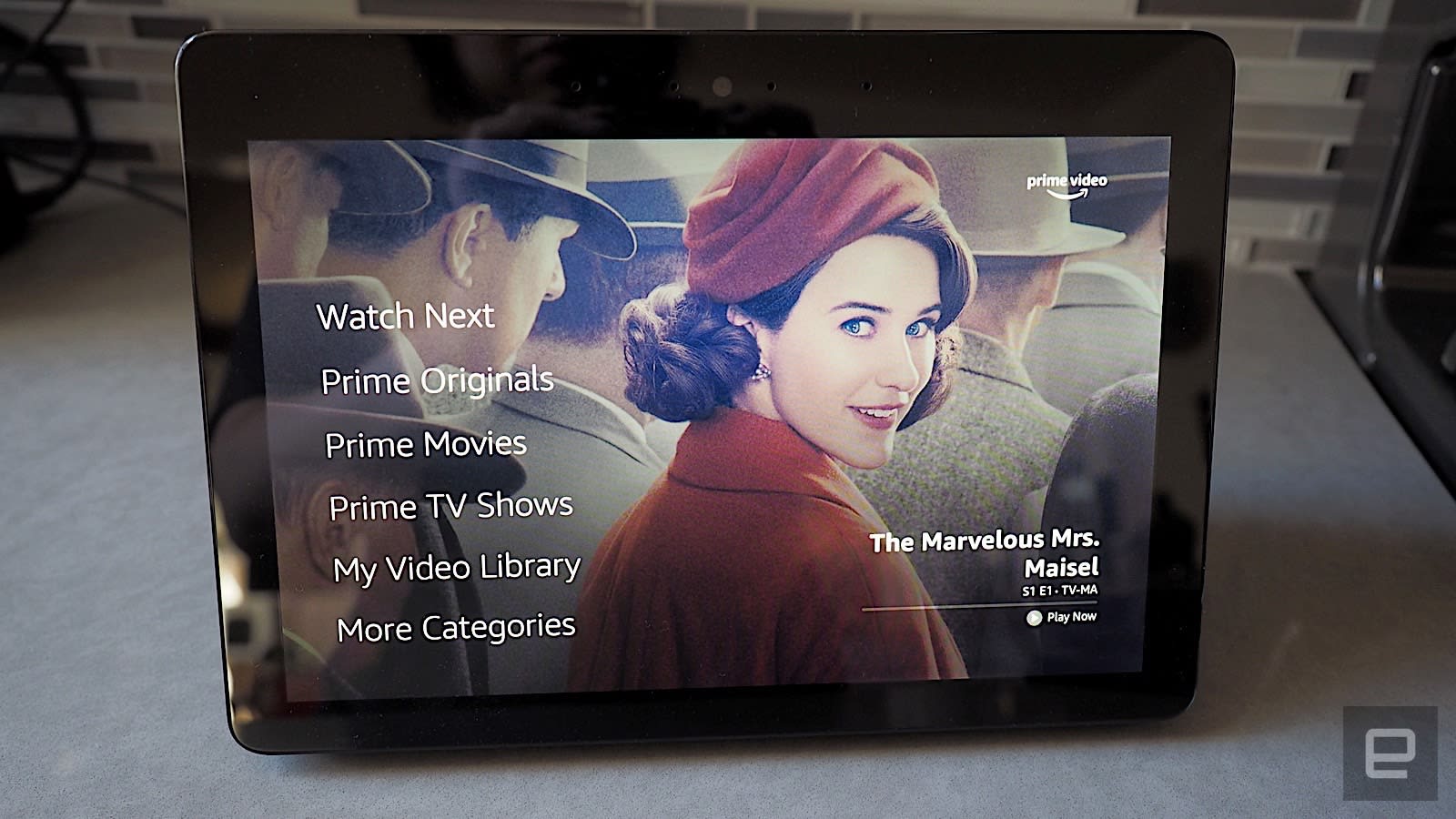 On the surface, this might seem like a good thing. After all, competition is beneficial. If Amazon hadn't pioneered the Echo, Google might have never come out with its own line of speakers and displays. If it wasn't for Google making competitive products, Amazon might never have improved the Echo and Echo Show with more robust features.

But what often ends up happening is that consumers are now forced to take sides. Let's remember that Amazon and Google are more than just software and hardware makers. They are also giant corporations that own competing streaming services (YouTube vs Prime) and competing smart home devices (Nest vs Ring). Yes, there are instances where one service will work on the other company's hardware, but it's never as good. For example, even though you can use an Echo Show to access the camera feed of a Nest Hello video doorbell, you can't use it to communicate with someone at the door.

As these companies get bigger and start swallowing more companies, it gets even harder to figure out one's loyalties. What if you use Nest products, but also subscribe to Hulu Live? Or if you use Ring cams, but love YouTube? You would either need to give up one or the other, or be a crazy person and just own multiple smart displays from both companies. Ideally, there'd be one agnostic piece of hardware that could play well with both ecosystems.

There are already promises that this could happen for smart speakers in 2019, as you'll be able to swap Alexa and Google Assistant out on Sonos One speakers. I won't be surprised if third-party makers like Lenovo would let you do the same with displays and tablets. For the foreseeable future, however, it appears that Amazon and Google will continue their smart display dominance. And, as consumers, we'll have to decide if we'd rather live in the world of Amazon and Alexa, or Google and Assistant.

All products recommended by Engadget are selected by our editorial team, independent of our parent company. Some of our stories include affiliate links. If you buy something through one of these links, we may earn an affiliate commission. All prices are correct at the time of publishing.
View All Comments
Smart displays came into their own in 2018
alexa
amazon
amazonecho
gear
google
googlehome
googlesmartdisplay
home
smartdisplay
thebuyersguide
yir2018