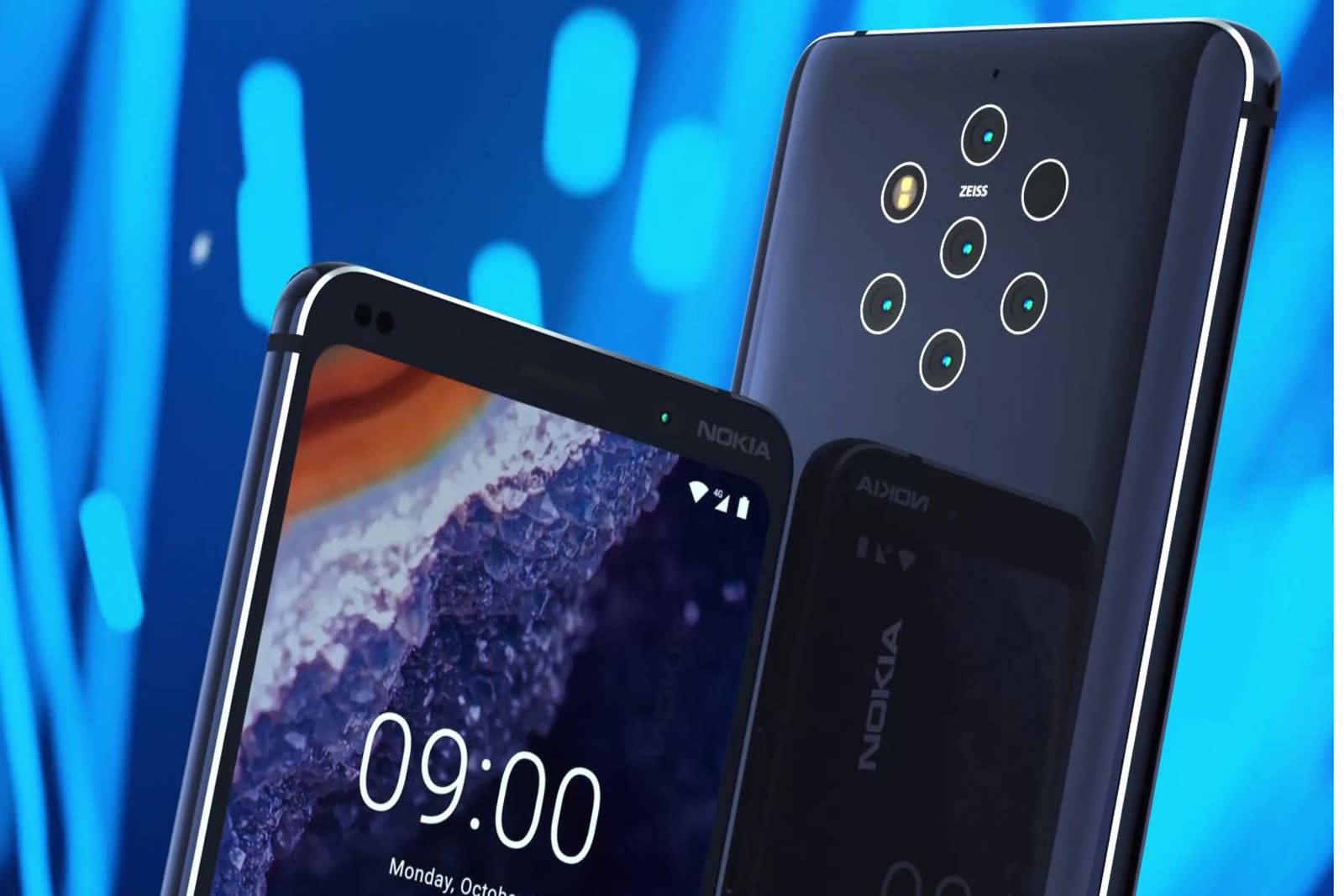 Thanks to some leaks, Nokia's five-camera smartphone is no longer a mystery -- and it might just be one of the more intriguing handsets of 2019. Well-known leaker Evan Blass and MySmartPrice have posted stills and videos of the Android One phone, now called the Nokia 9 PureView (yes, the PureView revival is real), and it's evident that the spider-like rear cameras aren't the only trick up the device's sleeve. It'll have an under-the-display fingerprint reader, for one thing. It'll still use the 2018-era Snapdragon 845 for a processor instead of the 855, but you can expect 6GB of RAM, 128GB of internal storage, wireless charging and a 6-inch "2K" display with both HDR10 and a tall aspect ratio.

As for what that abundance of rear cameras will do? It ultimately appears to be an evolution of what you saw in PureView devices like the Lumia 1020. The five cameras will work in tandem to capture much more detail than usual, and "10X" the light of other smartphone cameras. This might be your pick if you want a camera-centric phone without spending a small fortune.

As for the public debut? Nokia Anew had rumored an introduction by late January, but that puts it awkwardly between CES earlier that month and Mobile World Congress later in February. It's entirely possible that Nokia will show off the 9 PureView at one of those two events, when more people are likely to pay attention.

In this article: android, androidone, evleaks, gear, hmdglobal, leak, mobile, nokia, nokia9pureview, smartphone, TL19NKIA, video
All products recommended by Engadget are selected by our editorial team, independent of our parent company. Some of our stories include affiliate links. If you buy something through one of these links, we may earn an affiliate commission.