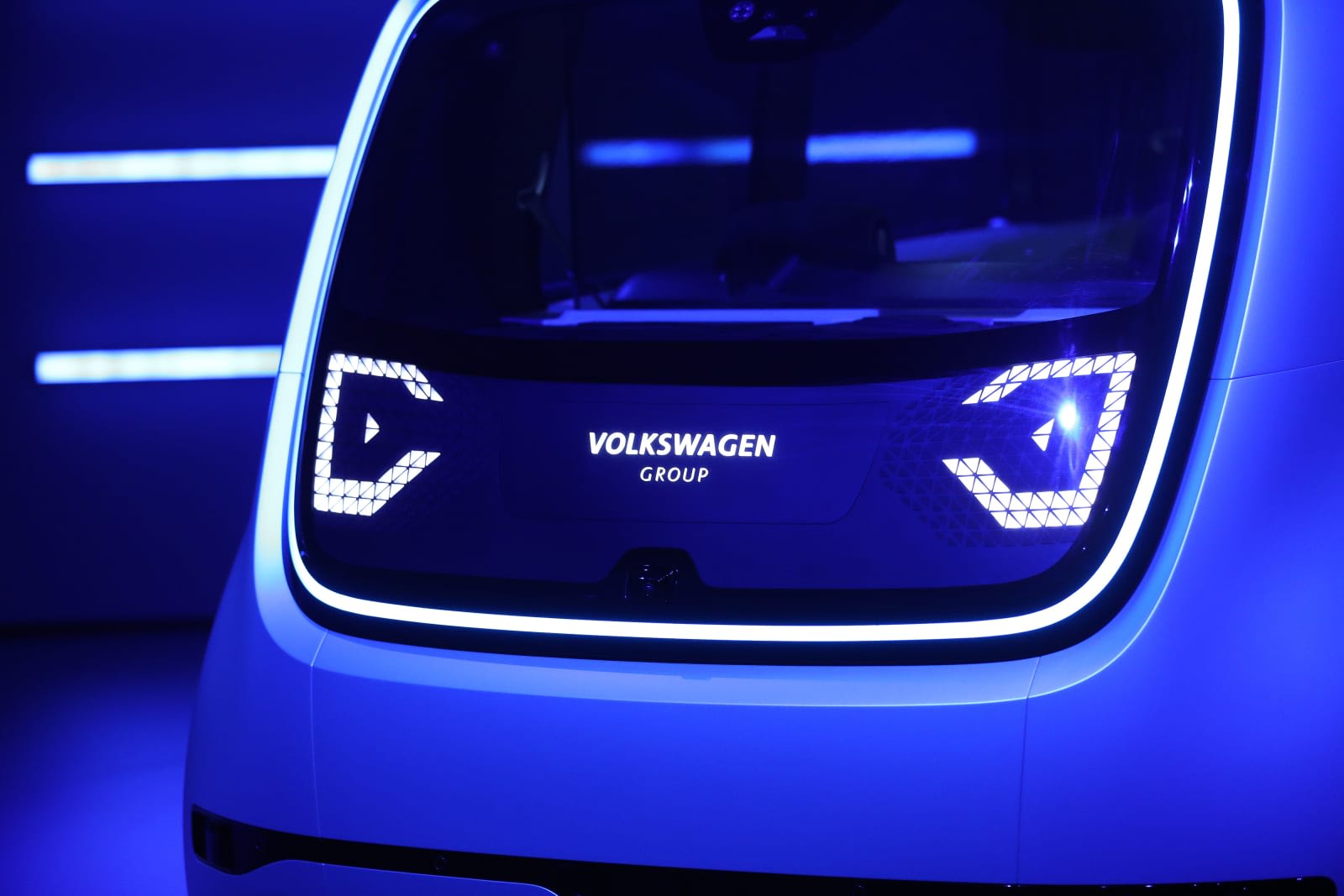 Both Hyundai and the Volkswagen Group announced today that they are partnering with self-driving technology company Aurora Innovation and will be incorporating the company's autonomous driving systems into their own vehicles. Hyundai will be working the technology into its latest fuel cell vehicle, debuting next week at CES, while the Volkswagen Group says it could be incorporated into a number of its brands' vehicles, including self-driving Sedric pods, shuttles, delivery vans or trucks.

Aurora was launched last year by three big shots in the self-driving world: Chris Urmson, who headed Google's self-driving project before it was spun out as Waymo; Tesla's Sterling Anderson; and Uber's Drew Bagnell. The company is focused on developing highly and fully autonomous driving systems that they can then license to companies like Hyundai and Volkswagen. While this sort of strategy means those companies won't have exclusive technology like they would if they developed it themselves, it allows them to get their hands on it more quickly and while devoting fewer resources to technology that is currently in constant flux.

Volkswagen Group's Chief Digital Officer Johann Jungwirth told The Verge that going with a startup like Aurora was done because of the people on Aurora's team. "It's not just the founder team," he said. "The team they've been able to hire, the talent they are attracting? They are the best in the world. The progress they have made in such a short time frame, it's just amazing."

The Volkswagen Group, which has been working on integrating Aurora's technology into its vehicles for the last six months, plans to test a double-digit number of self-driving vehicles by the end of 2018, The Verge reports, upping that fleet to triple digits next year and aiming to pilot the vehicles in two to five cities in 2021. Hyundai is also looking to have self-driving vehicles on the market by 2021.

Via: The Verge
Source: Hyundai, Volkswagen Group
In this article: aurorainnovation, AutonomousVehicles, ces2018, chrisurmson, design, drewbagnell, FuelCell, gadgetry, gadgets, gear, google, hyundai, sedric, SelfDrivingCar, sterlinganderson, tesla, tomorrow, transportation, uber, VolkswagenGroup
All products recommended by Engadget are selected by our editorial team, independent of our parent company. Some of our stories include affiliate links. If you buy something through one of these links, we may earn an affiliate commission.