Look, there's plenty of boring industrial robots on the floor of the Las Vegas convention center for CES. But I've got to hand it to the Industrial Technology Research Institute (ITRI) -- it really knows how to make a demo fun and interactive. The company combined a number of its technologies into a robot that is able to sit and play Scrabble against a human opponent ... and win.

This isn't some "AI" playing you in a digital world, to be clear. The humanoid machine, powered by what ITRI calls its Intelligent Vision System for Companion Robots, plays a physical (if slightly modified) game of Scrabble. Instead of tiny tiles with letters on them, the company used small wooden blocks like a child might play with. This, of course, means the board is slightly larger, but otherwise it is a standard Scrabble layout.

It's hard not to be impressed by all the moving parts here. For one, the robot has to learn and understand the rules of the game and the best strategies for winning. It also needs to be able to see and recognize the game pieces and the spots on the board. That means it can read the letters on the cubes and identify the double-letter and triple-word score spots. And, last but not least, it needs the dexterity to place the pieces on the board and not disturb the existing letters -- which is especially difficult when you're laying down two words next to each other to rack up those two-letter combos.

Suffice to say, the robot kicked my ass. But that's OK. At the end, it congratulated me on a good game and handed me an adorable robot-shaped pencil sharpener. 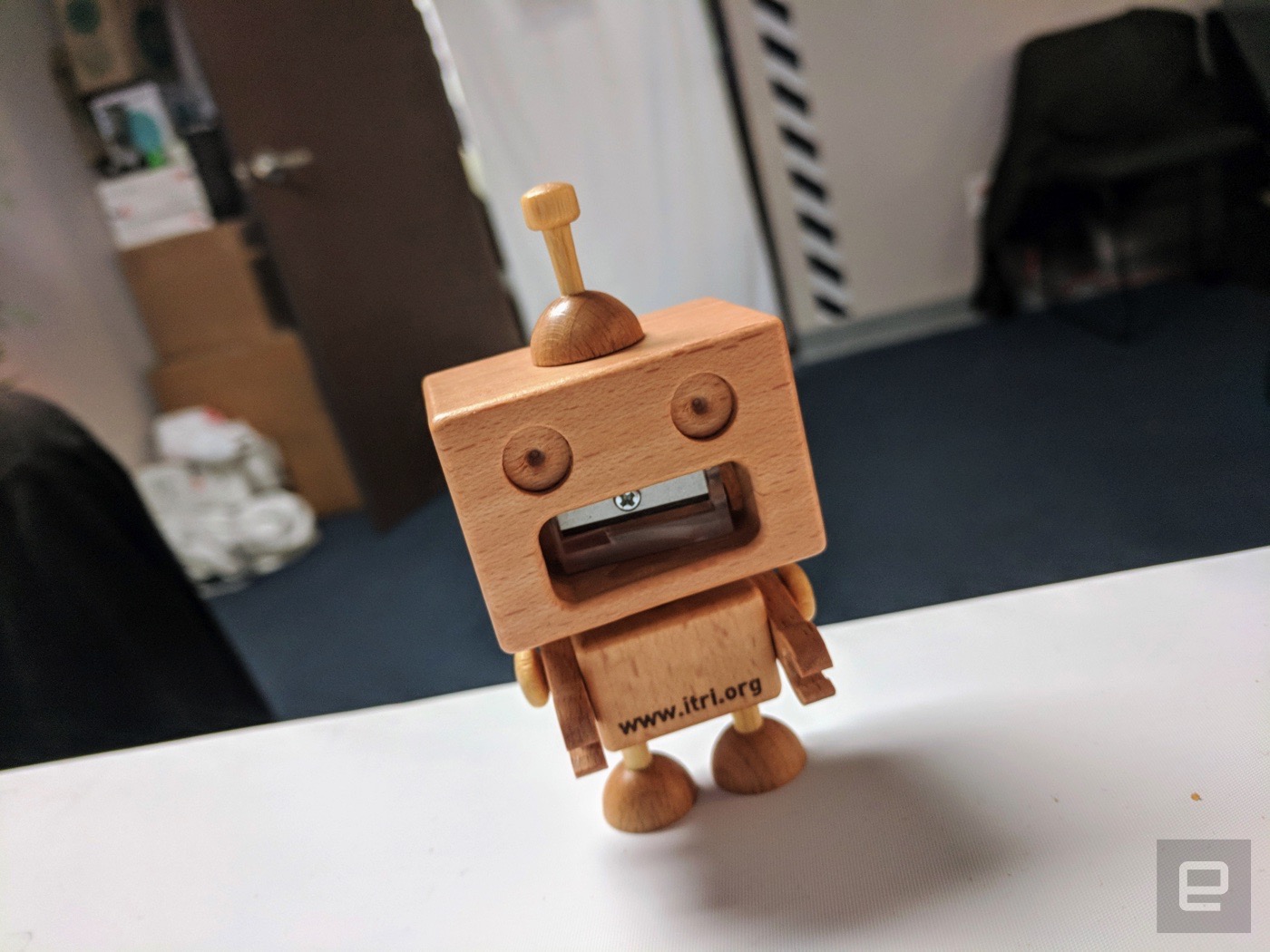 In this article: ces2018, gear, hands-on, IndustrialTechnologyResearchInstitute, ITRI, robots, scrabble, video
All products recommended by Engadget are selected by our editorial team, independent of our parent company. Some of our stories include affiliate links. If you buy something through one of these links, we may earn an affiliate commission.