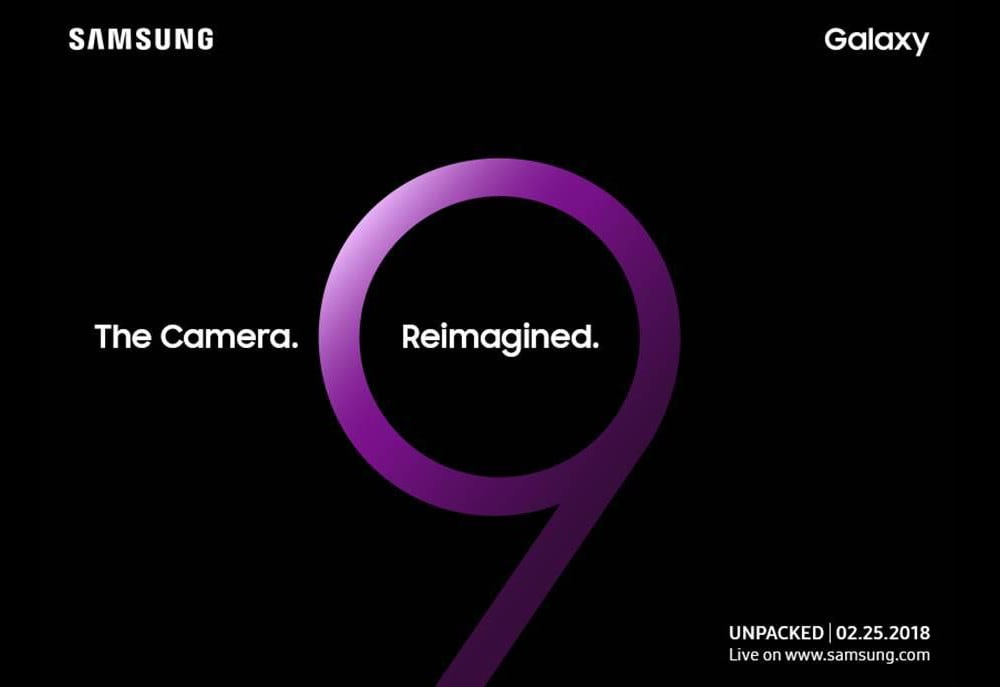 Samsung has started sending out invites for the Unpacked event this year, where it will take the wraps off the Galaxy S9. The date? February 25th. Its upcoming flagship phone will make its debut at Mobile World Congress in Barcelona, just like what DJ Koh, the Korean conglomerate's mobile chief, promised at CES. The teaser Samsung posted on Twitter hints at the S9's "reimagined camera." While the company didn't say anything more than that, one of the phone's rumored features is a variable aperture camera.

From 02.25.2018. #Unpacked will change how you experience everything. pic.twitter.com/llrGt0Q6gF

According to the rumors going around, the device's 12-megapixel shooter will be able to switch between f/1.5 and f/2.4 apertures. As you might know, f-stop pertains to the opening that lets light into the camera. The bigger the number is, the smaller the opening and the smaller the amount of light that can go in. Having the ability to let more light in could improve a phone camera's performance in low lighting. Of course, we still don't know if this is the feature Samsung's hinting at -- we'll just have to wait for the big reveal a month from now.

Source: Samsung
In this article: android, camera, galaxys9, gear, launch, mobile, mwc, mwc2018, samsung
All products recommended by Engadget are selected by our editorial team, independent of our parent company. Some of our stories include affiliate links. If you buy something through one of these links, we may earn an affiliate commission.