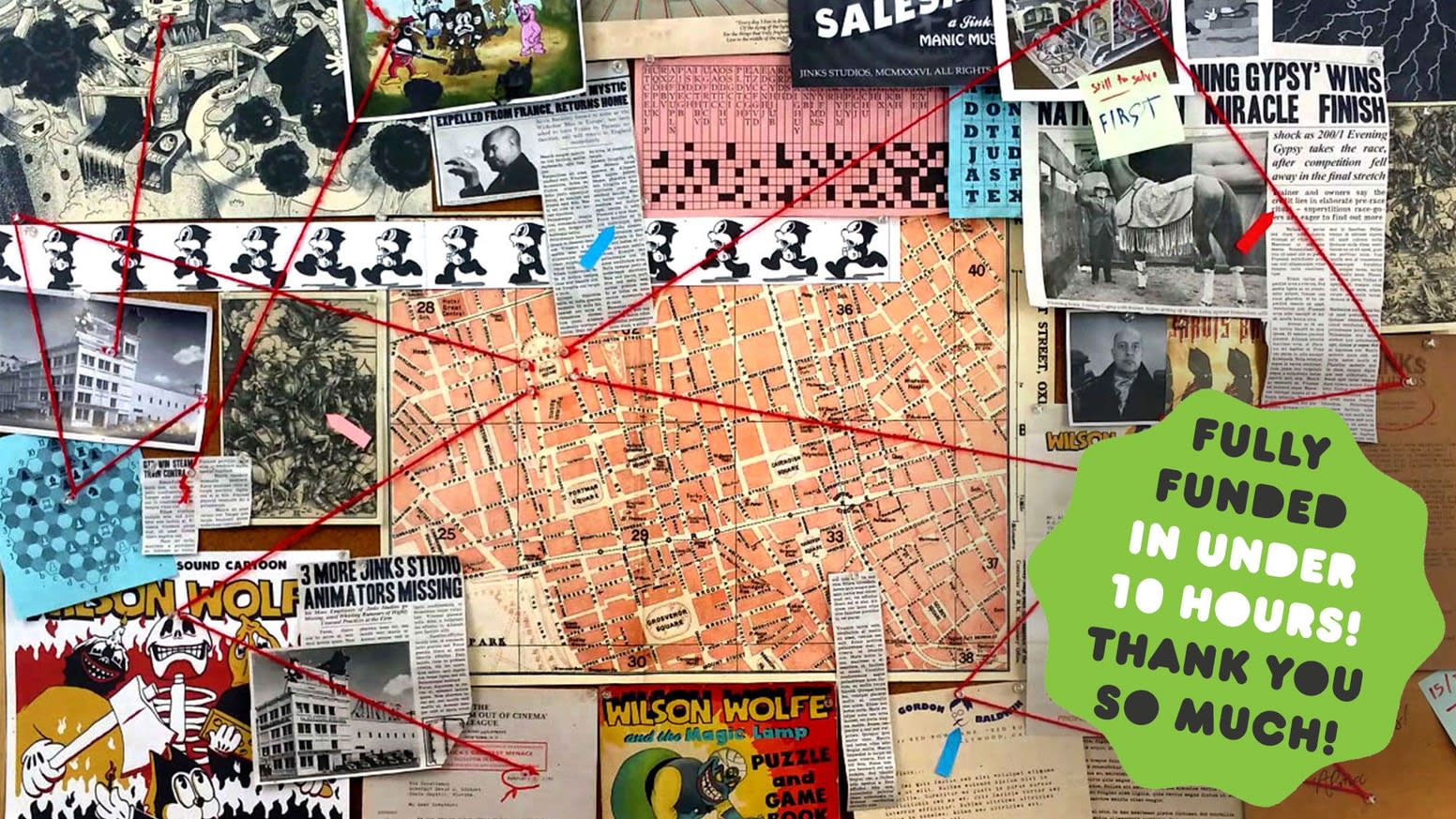 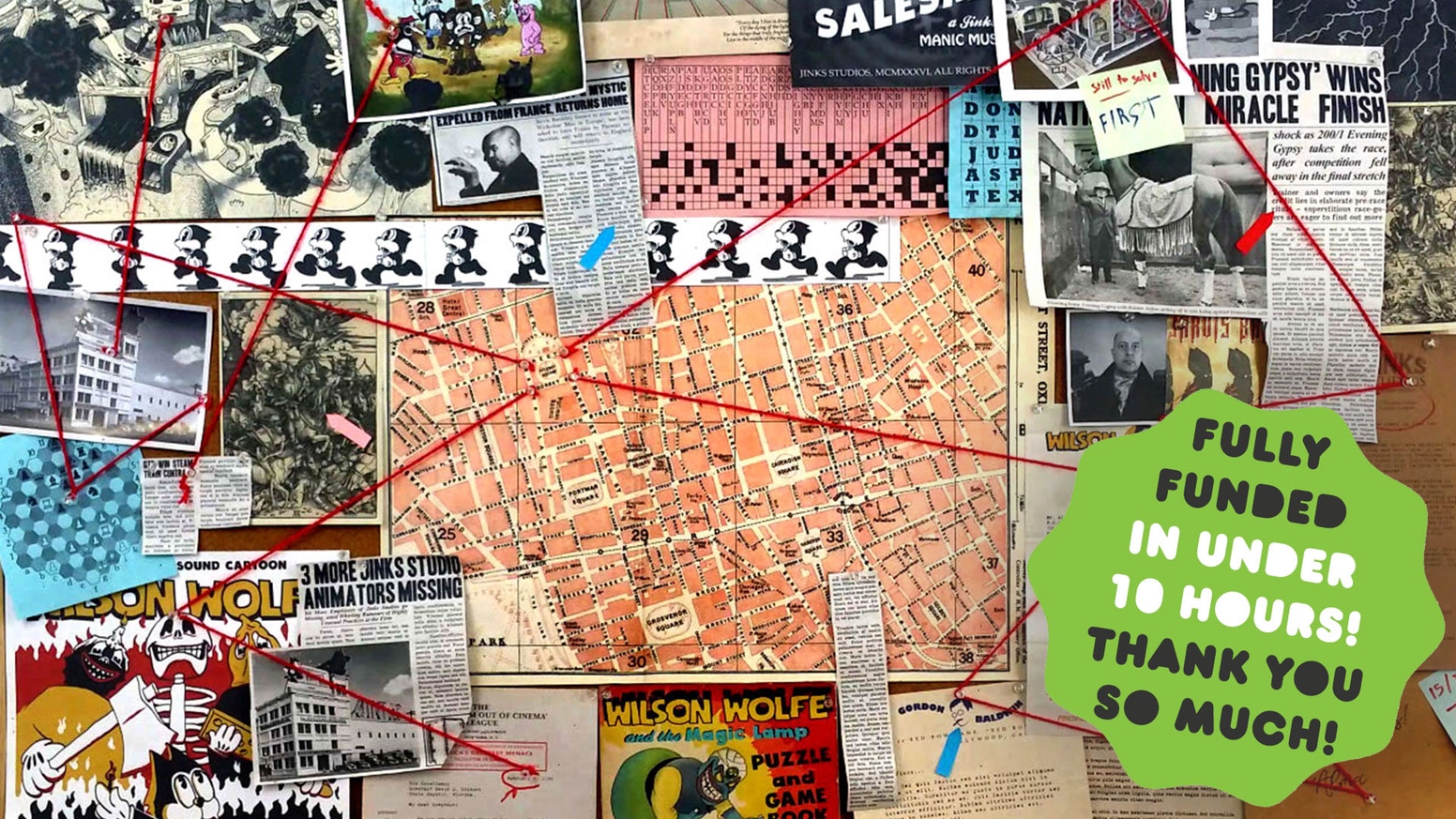 A month or so ago, I discovered a project on Kickstarter that made my heart ache with desire. It was a tabletop game called The Wilson Wolfe Affair by Simulacra Games, which is unlike any other I've seen. Each "game" is really a crate full of 1930s cartoon memorabilia, which contain clues and hidden secrets to a larger, unsolved mystery. The artwork is incredible and the puzzles themselves look fantastic -- you'd find solutions through reading letters, using a Viewmaster, playing games, looking at objects under a UV light, and more. The game invites you to essentially play amateur detective, which is the kind of game I love.

There's one big caveat, though, and it's due to the unique nature of the game: It can't be scaled to sell in traditional retail stores. That means that it would remain "exclusive" to Kickstarter. If I wanted this game, I needed to back it within the next few days or risk missing out on it, potentially forever.

It's part of a "Kickstarter exclusive" trend that's been on the rise in recent years. After some initial research, this strikes me as a phenomenon that seems relatively specific to tabletop games, due largely to three factors: the high cost of manufacturing, the niche audience that they serve and the fact that a lot of the companies who make them are small, independent outfits.

After all, these are often games with intricate plastic miniatures or simply too many components to be sold in a normal retail environment. In a way, Kickstarter, or other crowdfunding sites like it, are the only way these games can exist.

"It would never sell alongside Monopoly in a supermarket," said George Fox, who created the Wilson Wolfe Affair. "And would probably sell very slowly even in a specialized game store, since the price point is relatively high." He also said he felt that the nature of the game lends itself to being a one-time thing, like an event you buy a ticket for. "I think the more niche your game is, the more sense it probably makes to stay Kickstarter exclusive," he added.

Another popular Kickstarter exclusive in recent years has been Serious Poulp's 7th Continent, a choose-your-own-adventure-style game of epic proportions. "The game is a Kickstarter exclusive mostly because of its manufacturing costs," said Bruno Sautter, one of the game's designers. "It would prohibit a distribution through 'classic' retail circuits." Sautter did put the game up on the company website as a "Late Pledge" pre-order for a few months after the Kickstarter was over, but it's still considered part of a one-time deal. 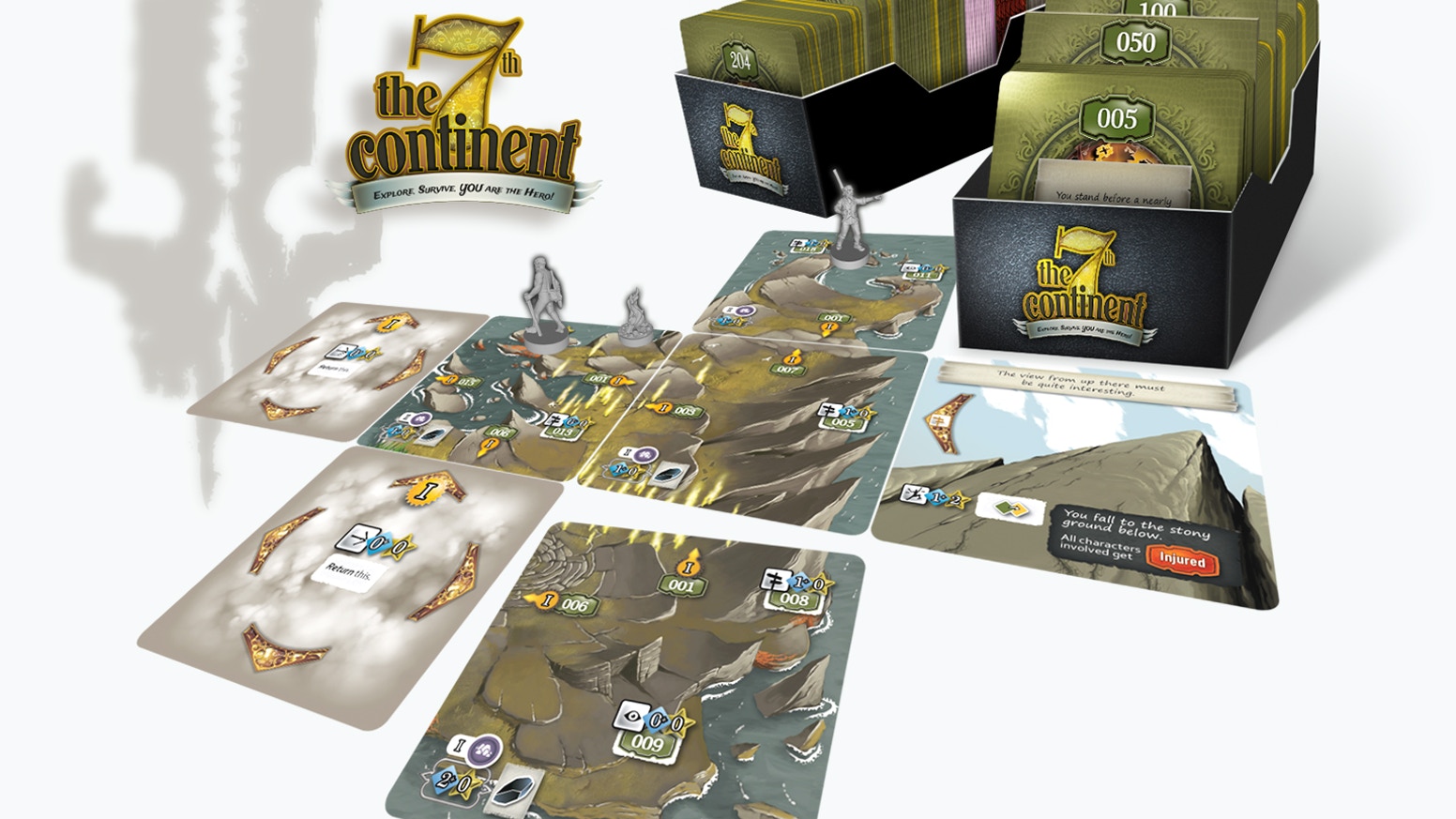 Although it makes some sense, Kickstarter exclusives present a few issues. For one, you need to have heard about them in the first place in order to get them. So, if you get wind of the campaign months after the fact, well, too bad. Another issue is that even if you do manage to catch the campaign while it's in progress, you're sort of cornered into making an on-the-spot decision on whether to plunk down money on something you're not entirely sure is worth it.

Now, for the most part, Kickstarter campaigns for tabletop games don't set out to be exclusive. There might be a few components exclusive to the Kickstarter but the game itself isn't marketed that way. Sure, there's still a chance that the game might not make it to retail, but there's a chance it could, especially if the company behind the Kickstarter is established.

Cool Mini Or Not (also known as CMON), for example, is a pretty well-known company that often runs campaigns for its games, but then follows them up with retail copies if they gain enough interest. At the moment, however, CMON is running a Kickstarter exclusive campaign for HATE (inspired by Adrian Smith's Chronicles of Hate graphic novel series).

CMON says that while HATE will not be available through traditional channels, individual retailers can still choose to get the game through a special Kickstarter retail pledge. The game will also be available through conventions throughout the year. Admittedly, that still means the game will be hard to get, but at least there will be opportunities beyond the initial Kickstarter.

"The thing about Kickstarter-funded board games is that you really don't know what the future holds for them," said Quintin Smith, who runs Shut Up and Sit Down, a board games review site. "Which is part of the reason that they receive funding -- this might be your only chance to buy it!"

Some games are Kickstarted once and never again, some might get Kickstarted a second time (7th Continent had a second run last year), while others might even get to retail later on, as is the case with a large company like CMON.

"Kickstarter games making it to standard retail is a bit like a spacecraft trying to make it through Earth's atmosphere to touch down on a landing strip," Smith said. "It might make it missing a few pieces, or it might not make it at all."

And, of course, the problem is that few people get a chance to see and review these games at all, so you don't know how good the game is before backing it. "The only solution that I'm aware of," continued Smith, "and the one that I suggest to my audience, is that if they don't want to get stuck with a disappointing game then just wait until the first Kickstarter is over. If a game is really, really good then it'll either get a second Kickstarter or it'll arrive in retail."

That's sort of the issue with Kickstarter: It's not a store. Instead, Kickstarter is a place where ideas are brought to life through the power of crowdsourcing -- ideas that might not otherwise see the light of day. As alluded to earlier, games like 7th Continent and the Wilson Wolfe Affair could only exist in the Kickstarter era, as they bypass the usual rules and barriers to getting your product to market. As a backer, I'm more than a customer; I'm an early investor.

But as with all investments, there's always a chance that they could fail. And while I'm happy to see ambitious projects like these get funded -- it increases the likelihood they'll run a second campaign, for one thing -- the idea of Kickstarter exclusives "forcing" me to back it does make me uncomfortable.

This is, of course, a thoroughly modern problem. Kickstarter (and sites like it) have allowed wonderfully specific and whimsical products to become a reality that otherwise would have remained sketches on someone's bar napkin. It enables the weird and wonderful products of our dreams, as long as you show up at the right time and you're willing to take a chance on something you haven't seen. It's a modern-day quandary that technology and crowdfunding have conspired to create, which delights and frustrates in equal measure.

For my part, I know that the question of "what if?" would always hang over me. What if the game happens to be great? What if it happens to be the single greatest gaming experience of my life? What if I'll regret missing out on this one-time exclusive? Is it worth it?

And that's why I breathed a heavy sigh, took out my wallet, and backed the Wilson Wolfe Affair regardless.

In this article: business, editorial, entertainment, gaming, gear, internet, kickstarter, tabletopgaming
All products recommended by Engadget are selected by our editorial team, independent of our parent company. Some of our stories include affiliate links. If you buy something through one of these links, we may earn an affiliate commission.