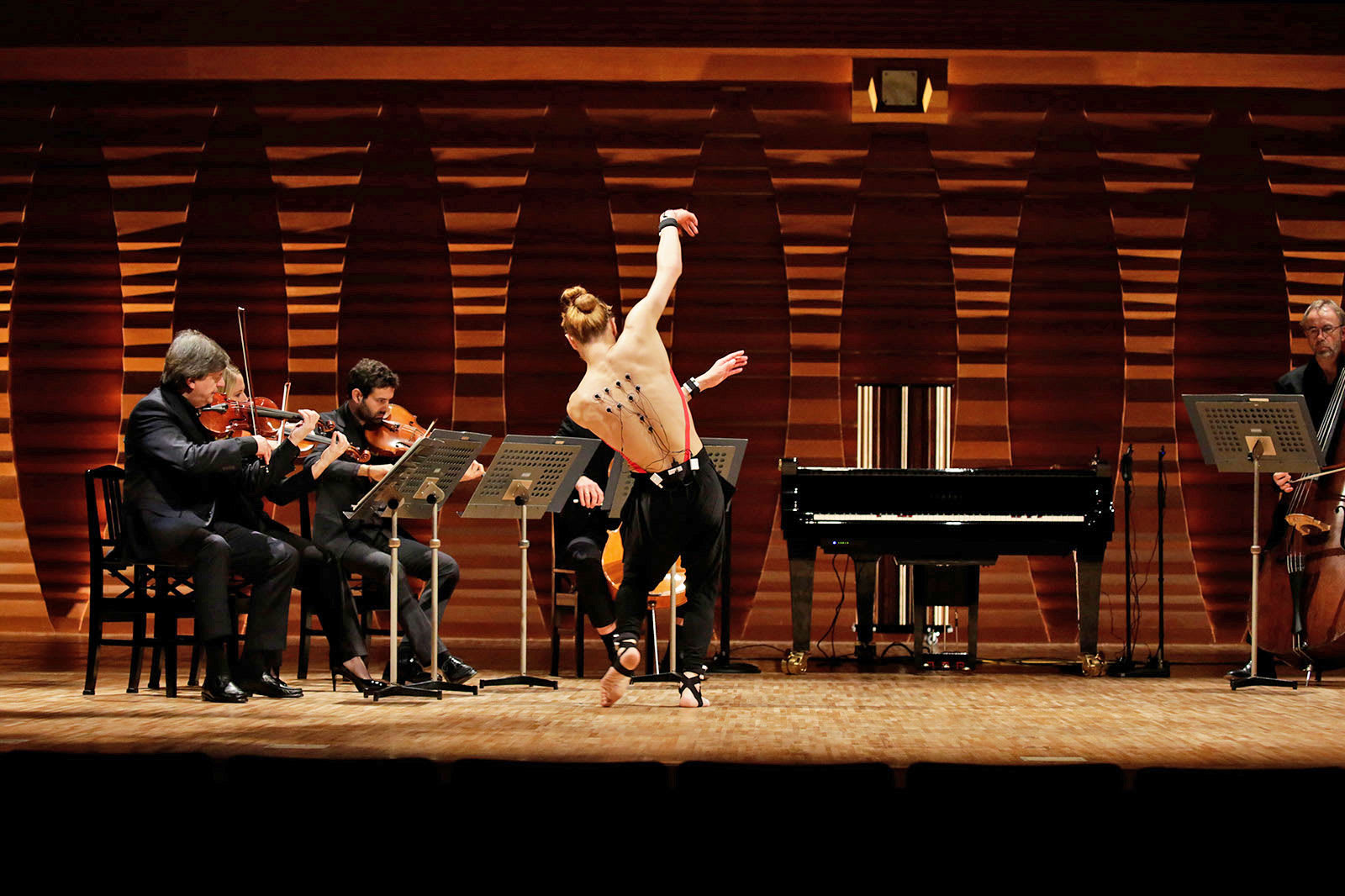 Artificial intelligence is already everywhere, so it's inevitable that it would invade the arts. Yamaha showed a new kind of AI tech that translated the movements of renowned dancer Kaiji Moriyama into musical notes on a piano, "a form of expression that fuses body movements and music," the company said. He used it during a concert in Tokyo entitled Mai Hi Ten Yu, dancing and "playing" the piano with his body, accompanied by the Berlin Philharmonic Orchestra Scharoun Ensemble.

Yamaha's system ensures that the dancer plays music that makes some sense, rather than just random notes. Moriyama carried four types of sensors on his back, wrists and feet that translated his movements into data. The AI then instantly creates melodies based on a database of MIDI music. The MIDI data is then shipped to a Yamaha Disklavier player piano, in this case a $150,000+ CFX concert grand, which translates it into sound.

Though Moriyama was to a large degree in charge of the beat, the experiment does beg the question of how much he was actually responsible for the music. In an accompanying making-of video, though, the dancer explains that he had more to do with it than you might think. The music changed depending on how he balanced, allowing him to effectively create different tunes using his entire body.

If body movements be fine tuned enough to the AI, then it's easy to see how a dancer could gain fairly granular control of chords and notes. Looking at it that way, Yamaha's claim that "this performance represents steady progress in the pursuit of new forms of artistic expression" does hold up.

Via: Japankyo
Source: Yamaha
In this article: AI, art, Dance, gear, Piano, Sensors, video, Yamaha
All products recommended by Engadget are selected by our editorial team, independent of our parent company. Some of our stories include affiliate links. If you buy something through one of these links, we may earn an affiliate commission.